Mister Shakespeare, Mister Doyle, and me 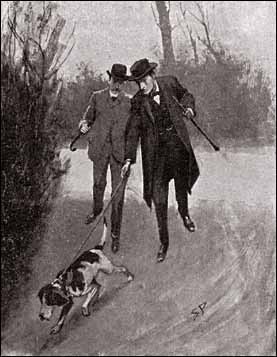 I’m sitting on a Tokyo-bound 747, flying through the night in good company.

In the run-up to our Writing Britain exhibition, The British Library is taking part in the Great! Celebrations, and bringing two of our greatest English literary treasures to display at the British Embassy in Tokyo. And so it is that my travelling companions are the handwritten manuscript of a 1904 Sherlock Holmes story, ‘The Adventure of the Missing Three-Quarter’; and one of the few extant First Folios, the first 1623 collected edition of Shakespeare’s plays. If packing is never easy at the best of times, packing two priceless literary artefacts takes a bit of planning.

The customs implications of temporarily importing artworks into Japan have tested our wonderful registrar, Barbara, to the limits; while the security surrounding the transfer of such precious cargo needs to be impeccable. So, this time, no Piccadilly line from Turnpike Lane for me. Instead, precision support from our art handlers, who effortlessly negotiate the madness of 21st-century airports to deliver our precious cargo airside.

I’m in Japan for a week or so, and making the most of my time to take part in any number of celebrations of two iconic British literary icons. Under the Great! umbrella, and in partnership with our friends and colleagues at De Montfort University, the British Council, and the British Embassy Tokyo, we have a series of talks and events planned from Monday (a certain someone’s birthday, it might be noted): workshops with local schoolchildren, lectures on Shakespeare, a high-level reception at which to promote the Library’s summer exhibition… and - so I’ve been promised/threatened by Professor Dominic Shellard, Vice Chancellor of De Montfort - some karaoke.

There’s more information on the events on our press pages, and I’ll blog more about both of the collection items later. But for now, with 8 hours left to go, it’s time to decide between sleep or The Bourne Identity.

Posted by Jamie Andrews at 3:42 PM