﻿I was very pleased to be asked to select something from the James Berry archive for Writing Britain as the exhibition has provided the opportunity to display drafts from one of the poet's most significant collections, Windrush Songs, which was published by Bloodaxe Books in 2007. The collection, which consists of three sections 'Hating a Place You Love', 'Let the Sea Be My Road' and 'New Days Arriving' charts the experiences of Berry and others from the Caribbean who felt compelled by circumstances to leave their homelands and seek opportunities abroad. As Berry himself explains in the introduction to the collection the decision to leave was often tempered by mixed emotions as 'here we were, hating the place we loved, because it was on the verge of choking us to death'.

The drafts in the exhibition (one, handwritten notes and, another, an annotated typescript of the poem 'Wanting to Hear Big Ben') illustrate Berry's juxtaposition of Standard English with the rhythm and rhyme of the Jamaican language with which he grew up. At the top of the page of handwritten notes Berry describes Windrush Songs as being a 'Comprehensive and Full Poem Recording Caribbean People's Becoming Part of the British and European Way of Life'. Yet the mixed feelings that I have already mentioned mean the the collection is something of a love letter to the country that Berry left behind. In the 1940s many emigrants' views of England stemmed from their schooling and the colonial relationship that the Caribbean had with Britain. Berry explains how passengers on the SS Orbita 'talked about our own voyage and how we were going to see the England that we'd read about in our school books, where everything was good and shining and moral'. It is easy to understand why they would be keen to see Big Ben, the sound of which had been familiar to new arrivals since they first heard childhood recordings of it -

'and have me rememba, how,

when I was a boy passing a radio

playin in a shop, and a-hear

As well as this material from the James Berry archive, which the Library acquired in December 2011, the exhibition also includes printed volumes by Berry's friends and contemporaries, Samuel Selvon and Andrew Salkey. Salkey, a writer and journalist was one of the founder members of the Caribbean Artists Movement, in which Berry was also to play a significant role. London has had a long history of welcoming waves of migrants from around the world and I hope that the inclusion of this material goes some way to raise awareness more widely of the important impact of the Caribbean diaspora on British literary life. 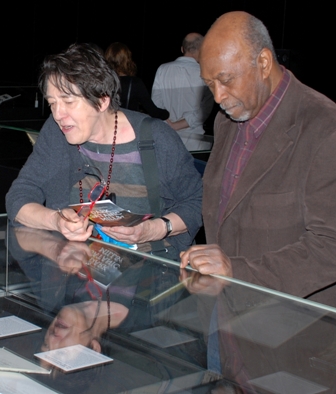 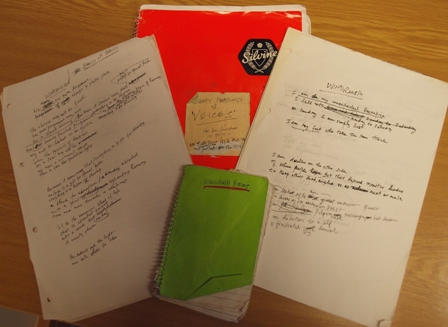