"As I write this letter...Treasure these few words 'til we're together": John Lennon's Letters

Last Thursday the Library celebrated the work of John Lennon at the launch of the newly published The John Lennon Letters. 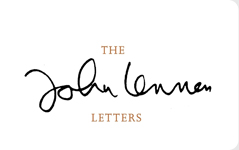 We all know Lennon’s  music - but he was also a quite remarkably inventive and quirky writer and poet - the author most notably of works including In His Own Write (1964) and A Spaniard in the Works (1965), both adapted for the National Theatre in 1968.

Lennon corresponded widely, and many of his correspondents were present in the Library auditorium last week: from a well-known art critic, to a Manchester based consultant obstetrician.

Hunter Davies, the first and only authorised biographer of the Beatles, has collected around three hundred of such letters for his new collection. He found them in museums, with private collectors, and, in some cases, still in the hands of the original recipients. Some had been sold for astronomical sums…others had just about fetched enough to cover a new washing machine. 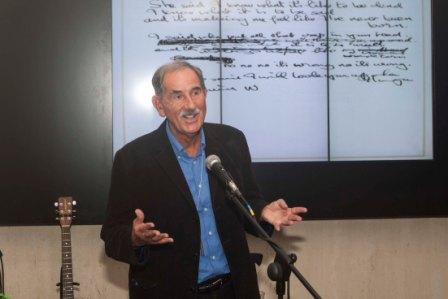 Hunter talked for over ninety minutes about his quest to track down as many letters as possible, and also discussed his own collection of Beatles lyrics that he had amassed while hanging out with the band in the 1960s on tour and in the studio. One of these lyrics- an early and vastly different draft of ‘In My Life’  - was a star exhibit at the British Library’s summer 2012 exhibition, ‘Writing Britain’ , while a rotating selection of the lyrics and memorabilia is a permanent feature of our free Sir John Ritblat Gallery, Treasures of the British Library. 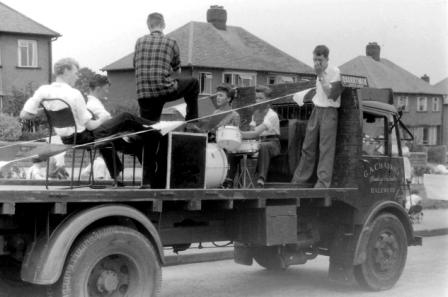 After Hunter had finished his talk, we had a special treat at the publisher’s launch party- with a set by the reformed Quarrymen (formed in 1956 by John Lennon and school friends, before Paul McCartney joined a year later- photo above is courtesy of the Quarrymen) filling the Library with the sound of skiffle…before a brief appearance by Yoko herself: looking stunning in black top hat and shades, and speaking generously about Hunter’s work editing the Letters. 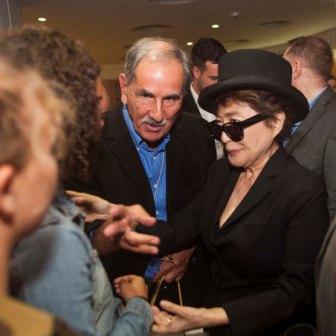 She assured the guests that Hunter had made only two small mistakes that she had had to correct…and tantalisingly explained how Hunter- or rather a particular part of Hunter – had almost featured in her 1966 film No. 4- otherwise known, and with good reason, as….Bottoms. 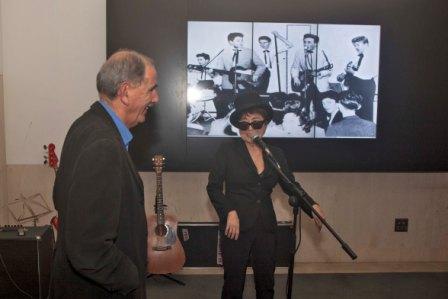