The other Knightley Chetwode

Before anything else a little genealogy.

In 1650, at Chetwode in Buckinghamshire, a boy was born and christened Knightly Chetwood. Knightly grew up to become the Dean of Gloucester and could count John Dryden as a close friend. He died in 1720.

In 1679, in Dublin, a boy was born and christened Knightley Chetwode. Knightley (nephew of the above Knightly) grew up to become “a nosy, abrasive squire” and, for a time, could count Jonathan Swift as a friend. He died in 1752.

It’s worth identifying these two men from the outset as their uniquely similar names, relatively close dates and literary friendships have succeeded in confusing countless historians and scholars over the centuries, who have all probably asked the question, ‘Seriously, how many early eighteenth-century Knightly/Knightley Chetwood/Chetwodes can there have been?’

Take, as an example, the description of an unrecorded printed poem from the Bonhams catalogue of 1-2 April 2008 (the John & Monica Lawson sale). The poem is described in the catalogue as being “in ten verses by Knightly Chetwood, Dean of Gloucester and a close friend of both Swift and Dryden”. The poem is in fact by Knightley, the Irish squire, close friend of Swift only.

I’m pleased to say that the poem – Advice to a young lady – has recently made its way into the British Library collections (shelfmark C.194.b.385). As the only known printed work in Chetwode’s name it’s clearly an important item but what makes it doubly so is its connection with Jonathan Swift. 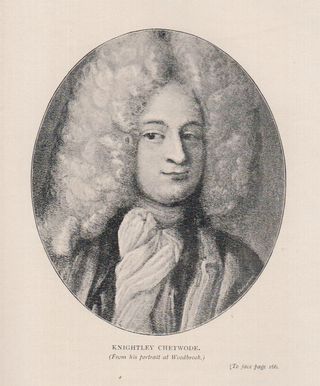 Portrait of Knightley Chetwode - from Unpublished letters of Dean Swift

Knightley Chetwode was married to Hester Brooking, half-sister of James Stopford, another of Swift's close friends. With Hester came substantial land and a house which Knightley renamed Wood Brooke (now known as Woodbrook), an amalgamation of the couple’s family names. In 1714, he struck up a relationship with Swift, one that was to last eighteen years. Their friendship seems to be have been genuine on both sides: Swift visited Woodbrook on a number of occasions and took a keen interest in the house, grounds and Knightley’s DIY projects. Swift even had the honour of having a field named after him and the 'Dean’s Field' retained the name well into the twentieth century.

Knightley, a Tory and a Jacobite, seems to have had a knack for rubbing people up the wrong way. Following a period of exile on the Continent (ca. 1715-21) he is known to have been challenged to a duel, been threatened with prosecution for high treason and found himself in financial hot water. In 1725 he separated from his wife and in 1731 his relationship with Swift also petered out. In an article on the Chetwood family, Walter G. Strickland writes that

the Dean had never been entirely in sympathy with Chetwood’s character, and with advancing years and physical weakness and disease had grown gloomy and irritable and less inclined to bear with Chetwood’s exuberant and not very tactful letters

Apparently Swift also had issues with Knightley’s persistent use of perfumed paper! And so, in May 1731, Swift wrote his final letter to Knightley, including the damning statement, “your whole scheme of thinking, conversing, and living differs in every point”.

Their eighteen years of friendship has done nothing for Knightley’s reputation in the eyes of successive Swift biographers, who have all sided with Swift’s final sentiments. The section dealing with Knightley in Irvin Ehrenpreis’s 1983 biography is peppered with unkind adjectives: graceless, friendless, nosy, abrasive, disgusting, morbidly suspicious, self-indulgent, boring, clinging, prickly, aggressive, spoiled.

But there is no denying that there was a real friendship between the two men, begun around the time that Knightley penned his one-remaining piece of literature; a friendship that allowed Knightley to seek out the thoughts of Swift on his modest poem. In a now-lost letter, written in November 1714, Swift writes,

I look [sic] over the inclosed some time ago, and again just now; it contains many good things, and wants many alterations. I have made one or two, and pointed at others, but an author can only sett his own things right.

(An endorsement by Knightley identifies the work that Swift is critiquing: “This was my advice to a young lady”)

One can easily imagine Knightley latching on to the “many good things” in Swift’s critique, and who could blame him? Few people can claim to have been friends with one of English literature’s greatest figures; fewer still can claim to have had good things said about their poetic endeavours.

Finally, after almost 300 years, a chance for Knightley Chetwode to shine. 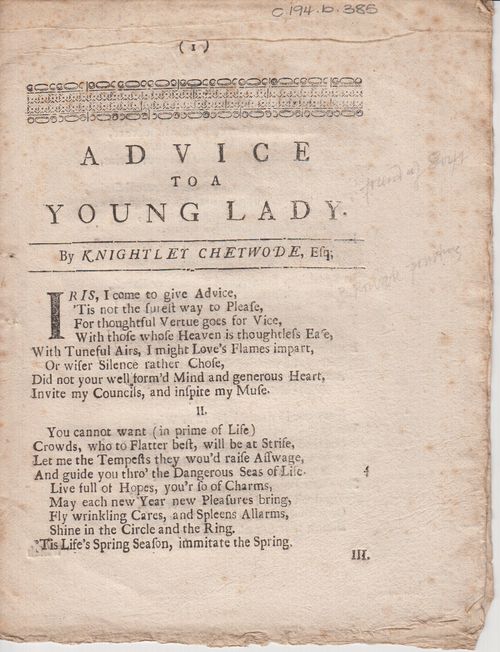 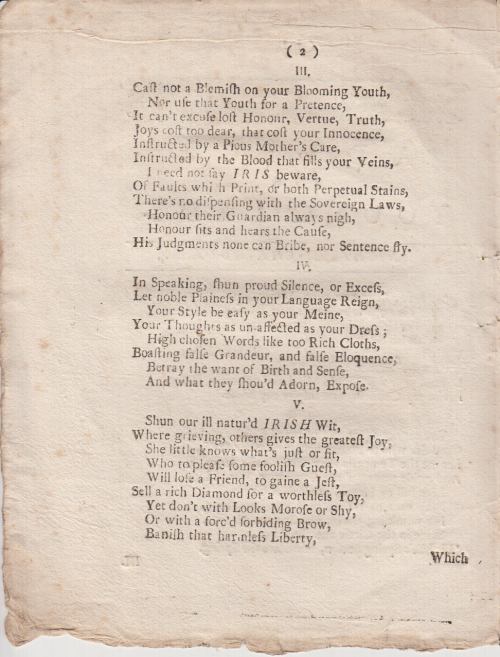 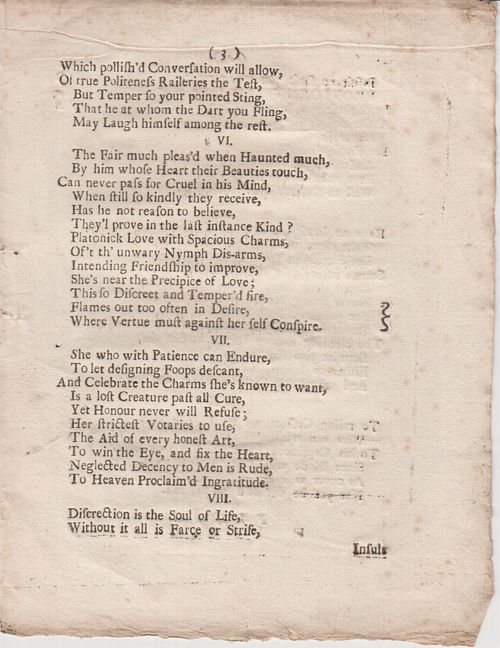 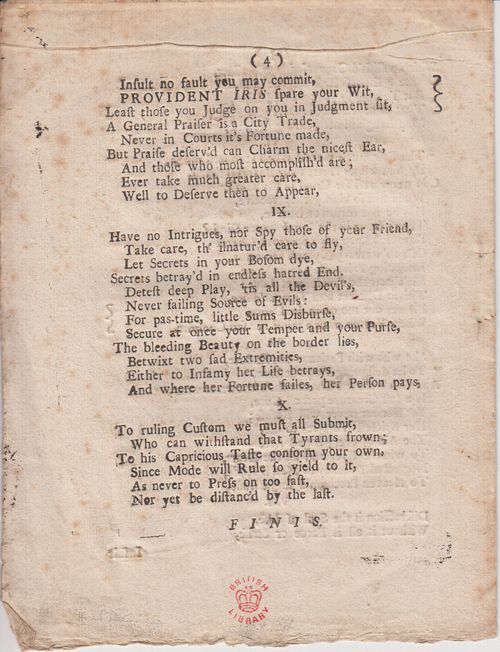 Strickland, Walter G. "The Chetwoods of Woodbrook in the Queen's County." Journal of the Archæological Society of the County of Kildare and Surrounding Districts. Vol. IX (1918-21): 205-26.