What's the longest play in the world anyway (anyone)?

In my recent blog post on Ken Campbell I mentioned his 24-hour long production of Neil Oram's The Warp at the ICA in 1979, once decreed the world's longest play by the Guinness Book of Records.

I say 'once decreed' because the current Guinness World Records web site lists a production by the 27 O'Clock Players (of Belmar, New Jersey) of Ionesco's absurdist 'anti-play' The Bald Soprano (aka The Bald Prima Donna) as the world's longest 'continuous dramatic performance', at 23 hours 33 minutes 54 seconds.

Maybe The Warp wasn't quite 24 hours long after all, or perhaps the word continuous is key here, with the The Warp's intervals removed from the equation in the interest of accurate durational performance measurement.

The Bald Soprano, incidentally, is actually a short one-act play but - thanks to the stage direction 'repeat of start of first scene' - it can be looped indefinitely.

In any case, it would seem that Forced Entertainment's 24-hour edition of their show Quizoola! at the Barbican, London, earlier this year, offers stiff competition in the durational stakes, running as it did from 11.59 pm 12 April to 11.59 pm 13 April, with no audience breaks.

Forced Entertainment's Tim Etchells gives a fascinating account of the thought behind the making of the company's durational pieces here.

The British Library has enjoyed a long association with Forced Entertainment - our collection includes more than 300 of the company's performance and rehearsal videos, together with many audio recordings of talks and discussions - so we were delighted when the company offered to donate to the collection Hugo Glendinning's digital video documentation of the complete 24-hour Quizoola!.

Previously accessible only as a live webcast, the Quizoola! documentation is now available to view free of charge at the Library. Please note: you will need to acquire a reader pass if you don't already have one, and book an appointment (or several appointments if you wish to view the complete thing).

For an appointment or further information, please contact the Listening and Viewing Service via +44 (0)20 7412 7418 or listening@bl.uk quoting British Library item number C802/398.

Some screenshots from the Quizoola! video (copyright © Forced Entertainment 2013) are reproduced below. 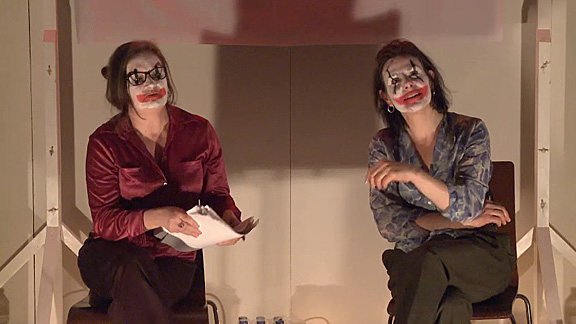 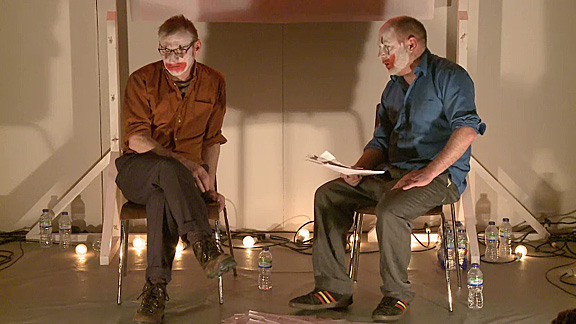 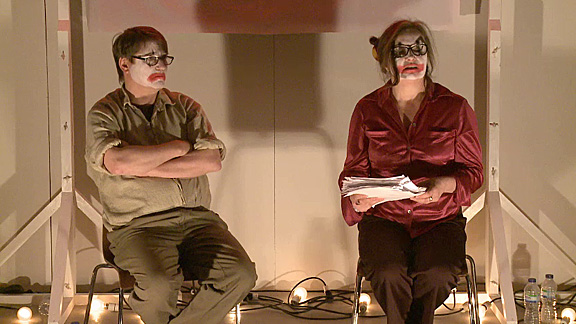