Sir David Frost, who died recently, made his name on the satirical ‘60s TV show That Was the Week That Was. Whilst working on Keith Waterhouse’s archive I came across Keith’s account of the meeting which led to the commissioning of the ground-breaking TW3, as it was known. In Keith’s memoirs Streets Ahead (1995) he recalls the discussion with BBC producers dwelling on the finer points of German cabaret. David Frost’s contribution to this historic moment was not quite so distinguished: Keith remembers Frost advising him and writing partner Willis Hall that it was ‘never too early to start’ saving for their pensions. 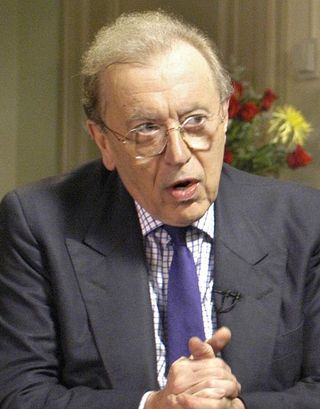 Leaving aside this inauspicious beginning, Keith and Willis went on to write for almost every episode of TW3, and for Frost’s subsequent programmes Not So Much a Programme, More a Way of Life, The Frost Report and Frost on Sunday. In doing so, they wrote a lot of material for Frost, much of which now seems rather out-of-date, if not down right sexist. But Keith’s favourite gags for Frost remain as innocuously groan-inducing today as the day they were written:

‘Here are the results of today’s Sheepdog Trials: all the sheepdogs were found not guilty’

‘See a pin and pick it up, all the day you’ll have a pin’

Quite often though, the joke was on David Frost himself. ‘He combined being a satirist and someone who one satirised’, commented Peter Morgan (who wrote the play Frost/Nixon) in the Telegraph’s obituary. This is surely the key to why Frost remains such a fascinating character. How could a person jump from larking about with the Pythons to interviewing presidents and prime ministers?

Keith and Willis were among the writers who enjoyed poking fun at Frost. Not only did they cast him as a redundant satirist looking for work in one TW3 sketch, they also devoted one of their Late Show sketches to lampooning his relentlessly upbeat interviewing style (‘Super. Marvellous. Absolutely super.’) in a scenario which saw Frost interviewing the Prime Minister of Rhodesia about playing the spoons.

Keith and Willis were prolific sketch-writers for both theatre and television. Keith’s archive is testament to this large output. The four folders bulging with skits and gags from the ‘60s to the ‘80s contain material for Roy Hudd, Ned Sherrin, Roy Kinnear, Millicent Martin, Dora Bryan and Kenny Lynch. Whilst leafing through Keith and Willis’ sketches for The Frost Report, I also found two variations on the famous ‘Class Sketch’ performed by John Cleese, Ronnie Barker and Ronnie Corbett. You know the one – ‘I look up to him because he is upper class, but I look down on him because he is lower class.’ The original sketch, written by Marty Feldman and John Law, aired on The Frost Report on 7 April 1966. What I hadn’t realised was that Keith and Willis came up with their own versions for Cleese, Barker and Corbett for later episodes. For the episode on Crime (8 June 1967), they play an upmarket art thief, a middle-class fraudster and a common tea-leaf (who are all treated quite differently by the snobbish judiciary). The programme on Youth (22 June 1967) sees upper class John Cleese and lower class Ronnie Corbett leading vastly different lives whilst both holding the same ambition of managing a pop group.

The original ‘Class Sketch’ is brilliant for a number of reasons, not least Ronnie Corbett’s punchline, ‘I get a pain the back of my neck.’ Perhaps it was somewhat unusual for its time in relying on a pay-off line: in Streets Ahead Keith reflected that the vogue in the early ‘60s was for sketches without punchlines (in the style of Harold Pinter and others). However, Keith and Willis were more circumspect about the lack of punchlines in some of their TW3 output. They put it down to the fact the taxi sent by the BBC to pick up their weekly contributions was often running up the meter outside their office as they hurried to finish their sketches.

The Keith Waterhouse Archive is currently being catalogued and is expected to be available for research sometime next year.