I was very sad last week to learn of the sudden death of the literary critic and poet, Keith Sagar (1934-2013). Keith’s literary interests were wide ranging but I think he will perhaps be best known as a critic of D.H. Lawrence and Ted Hughes.

The British Library has a large and varied Hughes collection which includes the archive acquired from Carol Hughes in 2008, letters to Hughes’s sister Olwyn dating from the 1950s and 1960s, and a collection of correspondence between Hughes and Sagar which was acquired in 2001.

The correspondence between the two men spanned nearly three decades from 1969 to 1998. In his introduction to an edition of the correspondence which was published by the British Library last year Keith explained that he first wrote to Hughes in 1969 after a car accident prevented him from being able to attend a reading which the poet gave in Manchester. Hughes replied to Keith’s letter and so began a correspondence and a friendship which continued until Hughes’s death. Hughes favoured a cooperative approach to his work and often sent examples of his work in progress to Keith and other friends for comment. Keith in turn asked Hughes for his opinion on his literary and critical output.

I know from my own experiences of cataloguing Hughes’s archive that he was very well read on subjects as diverse as environmental science, shamanism, folklore, fishing and Shakespeare, all of which feed into the richness of his literary output. We can see in their correspondence that Keith was not afraid to point out to Hughes that some of his more obscure references might not be quite as clear to his less well read audience. Aside from literary criticism the men wrote about more personal matters from nature to holidays and the achievements of their children.

On a personal note Keith was always generous with his formidable knowledge of all things Hughesian and a great help when I was working with the Library’s Hughes collections. He will be greatly missed and our thoughts are with his family and friends at this difficult time. 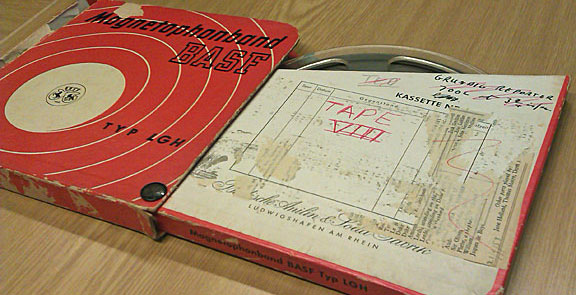 In April this year we were contacted by the poet Penelope Shuttle, whose late husband, the poet Peter Redgrove, was a friend of Ted Hughes. Penny asked if the Library would be interested in acquiring two open reel tapes which she thought were home recordings made by Peter Redgrove of himself and Hughes, possibly including Hughes reading from Sir Gawain and the Green Knight.

We advised Penny against playing the tapes and instead suggested we transfer them professionally at the Library in one of our Conservation Centre studios. We then invited Penny and her friend Neil Roberts, a writer and scholar who has published biographies and critical studies of both Redgrove and Hughes, to come in and listen.

Neil produced a three-page report for us on the contents, which transpired to be Ted Hughes and Peter Redgrove reading, and a recording of an informal meeting of the Group (Neil has identified the voices of Peter Redgrove, Philip Hobsbaum, Peter Porter and Edward Lucie-Smith).

The first 23 minutes of tape one is a reading by Ted Hughes of some of his own poems plus works by W B Yeats and Gerard Manley Hopkins. Of his own works, Hughes reads ‘The Martyrdom of Bishop Farrar’, ‘Six Young Men’, ‘Lust and Desire’ and ‘Egghead’. The second part of ‘Lust and Desire’ was published (as ‘Incompatibilities’) in The Hawk in the Rain, as were the other three poems, but the first part remains unpublished. Sir Gawain and the Green Knight, which history tells us was recorded in just the same domestic circumstances, was not on the tape.

All the evidence suggests that this new British Library acquisition features the earliest Hughes recording known to have survived. Neil estimates it was made between September 1956 and February 1957.

There was a recording made 24 October 1956 by the BBC of Hughes reading a single poem ('The Martyrdom of Bishop Farrar', broadcast 14 April 1957 as part of The Poet's Voice) but this appears not to have survived. Peter Redgrove featured in the same edition of the programme, reading 'Game' (aka 'Without Eyes'). Could the home recording have been a rehearsal for the BBC recording session? It's certainly plausible.

One further detail: on the tape box, the word 'Ted' is crossed out. Is it fanciful to think therefore that this may also be the same tape that once held Hughes's recording of Sir Gawain and the Green Knight?

With thanks to Penelope Shuttle and Neil Roberts.

Listen to Ted Hughes read W B Yeats, circa 1956

Two 2-CD sets of Hughes reading his poems and stories, drawn largely from BBC recordings, are available from the British Library online shop.

The Angel of Charleston - keeping house for the Bloomsbury Group 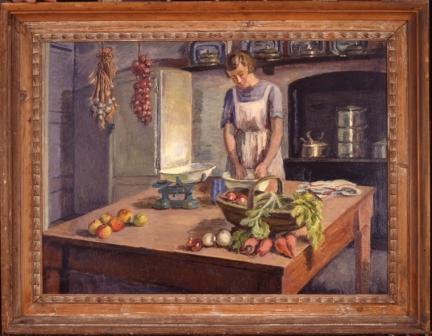 Three years ago, whilst researching Virginia Woolf’s 1911 travel journal at the British Library, I stumbled upon a fascinating collection of diaries, letters and photographs I’d never heard of.  It was the collection of Grace Higgens (1903-1983) who was, it turns out, beloved housekeeper to the Bloomsbury Group (specifically the artists Vanessa Bell and Duncan Grant) in both London and Sussex. Acquired by the British Library in 2007, Grace’s collection is oddly little known and yet, as I found, it provides a unique ‘bridge’ between the 'upstairs' Bloomsbury many of us know so well with life ‘below stairs’, and  spans much of the twentieth century. Arriving in 1920 at the age of eighteen into the Bell's Gordon Square home, Grace stayed through thick and thin for the next fifty years, only retiring from Charleston farmhouse in 1970, by which time Duncan Grant was the only remaining occupant. 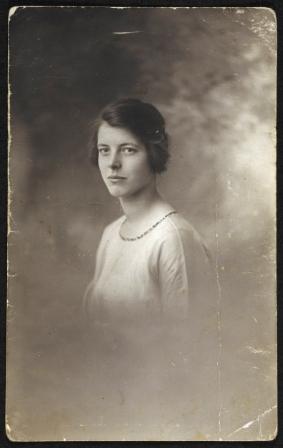 Grace Higgens, photograph from the Higgens Papers at the British Library, Add MS 83198-83258

I was instantly drawn to Grace. The early diaries reveal her to be charming, elegant, vivacious, politically engaged and very funny indeed. Perhaps her most memorable trip with the Bell family was her first. In 1921 the household decamped to St Tropez for the winter. This was eighteen-year-old Grace’s very first trip abroad and it naturally had a profoundly formative effect. She lapped up the sights, sounds, smells and the sun - all so different from the Norfolk of her childhood.  Afternoons were often spent on the beach where she swam for the first time (vowing 'never again'), there were adventures and expeditions with the Bell children (always home 'in time for tea') as well as lessons in French (useful in getting to know the burnished young men of St Tropez). Memories of this first trip were nurtured well into old age and so it is unsurprising that Grace particularly preserved this diary. 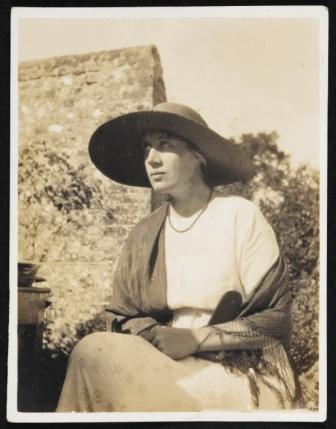 Vanessa Bell, photograph from the Higgens Papers at the British Library, Add MS 83198-83258

Grace Higgens has long been a mere footnote in the history of Bloomsbury so I was determined to bring Grace and her times to life. Unlike Virginia Woolf's often distressing relationship with her servants, her sister Vanessa Bell's relationship with Grace was altogether more pleasant. By the mid-1930s, Grace had become the lynchpin of life at Charleston, utterly indispensable to several generations of the family and their friends. Described by Grant as the 'angel of Charleston', even today, the house brims with her spirit. 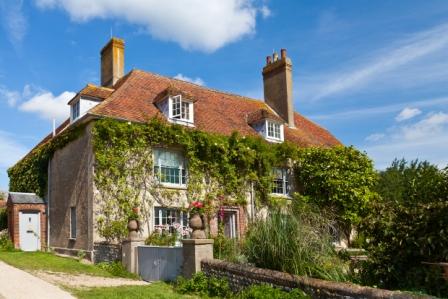 Always close to Duncan Grant, who adored her intelligence, loyalty and sense of fun, Grace's relationship with Vanessa remained much as it had started - affectionate though somewhat distanced. Undeniably Grace's domestic routine was often arduous, but it was compensated by Vanessa's generous presents of Parisian clothes as well as the latest (and sometimes) scandalous modern novels. Sometimes she even posed for her portrait. Though she eventually married Charleston's gardener Walter, Grace's many offers of marriage have become legendary. Her beauty and elegance had her pursued by both artists and aristocrats. Well-dressed and far better informed about the avant-garde than most servants of her day, it was said that Duncan once mistook her for the great society beauty Lady Diana Cooper. 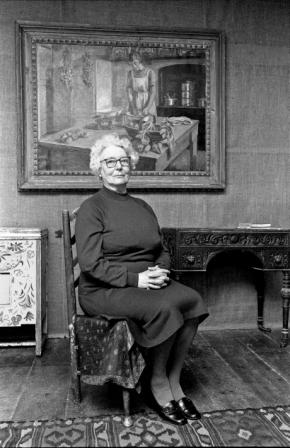