The Shakespeare sculpture at the British Library 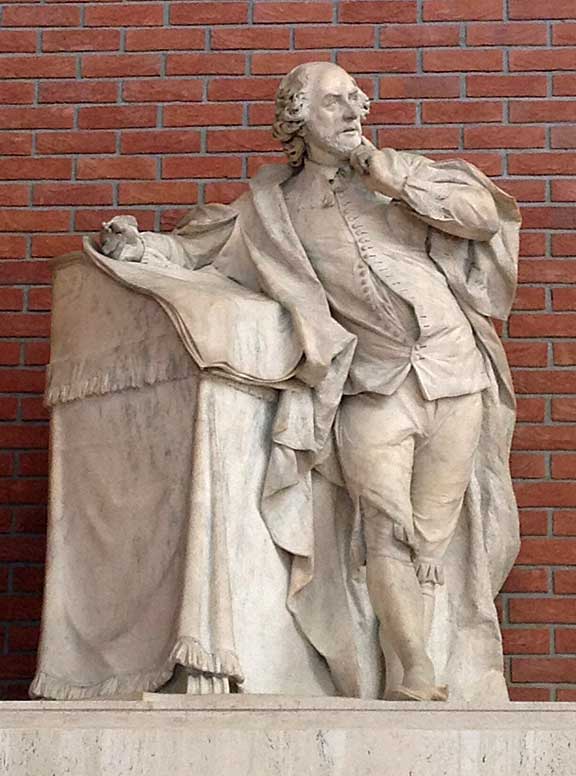 The first art work a visitor encounters inside the British Library is a full-size, marble sculpture of William Shakespeare. It stands just to the left of the main staircase, atop a specially designed travertine plinth.

The sculpture was commissioned by David Garrick (1717-1779), the famous actor-manager of the London stage, who revived Shakespeare’s genius in the 18th century. It was originally placed inside a purpose built, octagonal ‘Temple to Shakespeare’, in the grounds of Garrick’s villa on the bank of the Thames, at Hampton (see image below). It is still possible to visit Garrick’s Temple of Shakespeare today. The sculpture was kept there until 1779, when it was bequeathed - along with Garrick's books - to the British Museum. 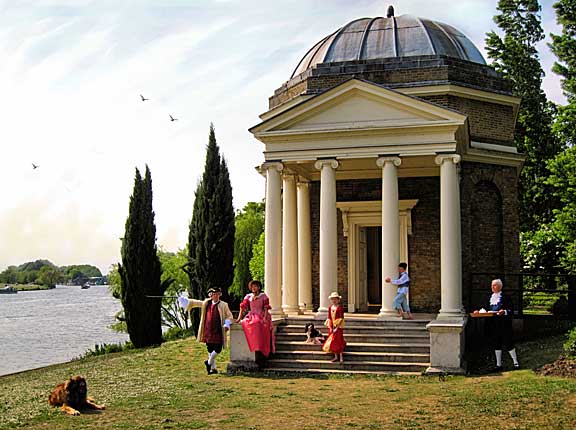 Garrick commissioned the best sculptor of his day, Louis Francois Roubiliac (1702-1762), to create the sculpture. A portrait of Roubiliac by Adriaen Carpentiers, now in the National Portrait Gallery, shows him standing next to a maquette of the very same work. 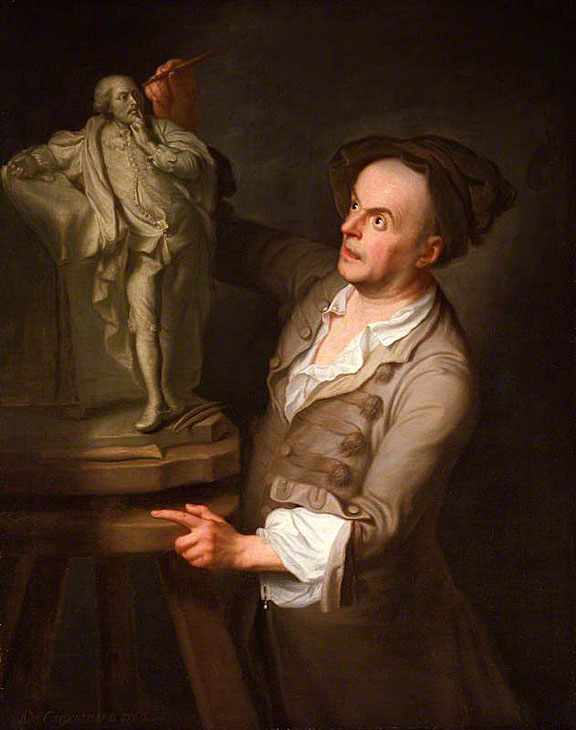 Thank you for your comment, Erin. I'm pleased that we've made this 'collections connection', and have added a note to our catalogue entry, mentioning the terra cotta model in the Folger.
Dr. Jennifer Howes,
Curator of Visual Arts,
The British Library.

Lovely to see statue get its due. The terracotta modello in the painting survives, and is now in the collection of the Folger Shakespeare Library in Washington, DC. See http://luna.folger.edu/luna/servlet/s/28jo73 for a zoomable image. Unlike the finished statue, which was designed to be up against a wall, the terracotta is completely finished on the back.