In just a few weeks, the countryŌĆöand the worldŌĆöwill step up activities to commemorate the centenary of the outbreak of the First World War in 1914.

WeŌĆÖre extremely proud to be leading the UKŌĆÖs contribution to a pan-European project, Europeana Collections 1914-1918, which will make hundreds of thousands of newly-digitised materialsŌĆöfrom partners in eight European countriesŌĆörelating to stories and events of the war available online for free. Partners in the project joined us at the Library last week to share news of this major new resource with guests from museums, galleries, libraries, the arts, funding bodies, charities, as well as an impressive roster of global diplomats.

The First World War is known as the ŌĆśpoetsŌĆÖ warŌĆÖ, and so many of our conceptions of the conflict have been shaped, created, or even sometimes distorted, by the words and images of what are still some of the best-known of all English language poems. At the reception last week we were grateful that three writers agreed to join us to read from their own, and othersŌĆÖ, work relating to war and conflict.

Andrew Motion, Poet Laureate for 10 years and an exceptional champion of poetry, read two poems by Wilfred Owen, finding a softness alongside ŌĆśthe monstrous angerŌĆÖ of OwenŌĆÖs work. He also read from The Customs House, his most recent collection that opens with a sequence of war poems drawing on soldiers' testimonies from the past 100 years. 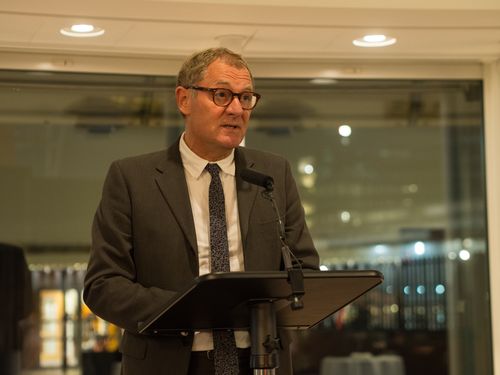 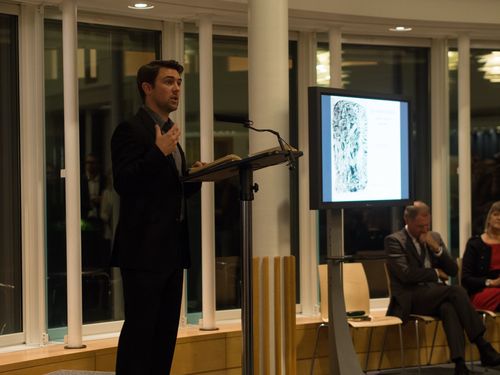 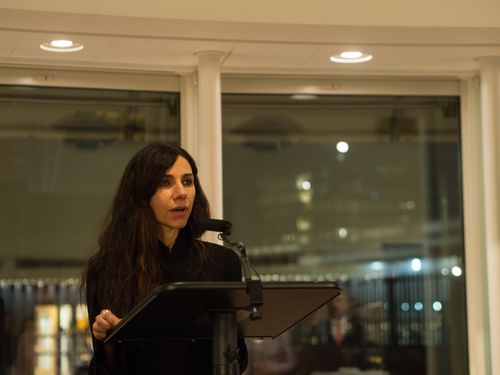 A good murder for Christmas?

By Kathryn Johnson, Curator of Murder in the Library: An A-Z of Crime Fiction

Until a few weeks ago, the only book of the detective story writer Mavis Doriel Hay you could buy was not a murder mystery, but her contribution to a learned series of studies of rural industries in Britain in the 1920s. Osier-growing and basket-weaving is indeed a fascinating book, and something of a collectorsŌĆÖ item on antiquarian book websites, but not what most people would choose for a spot of Christmas criminal escapism. 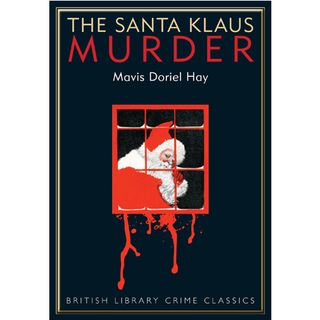 Her three detective novels of 1934 to 1936 are a rather different matter. The Santa Klaus Murder of 1936, just republished as the latest instalment in the ŌĆ£British Library Crime ClassicsŌĆØ series, is a perfect example of the detective story as puzzle, a genre which reached its zenith in the years between the two World Wars. Sir Osmond Melbury ŌĆō as selfish and unpleasant as he is rich ŌĆō is found shot dead in the library of his country house on Christmas Day. Naturally every single member of the house party - except the one who actually found the dead body, of course - had some reason for wishing Sir Oswald dead, and the library is locked and shuttered from the inside.

The novel begins with not only the traditional detailed floor plan of the house but a cast of characters ŌĆō just as well, for there are nearly two dozen, including a handsome and ambitious housekeeper/secretary, two rival suitors for the youngest Melbury daughter, and Sir OswaldŌĆÖs sons-in-law, Gordon Strickland, whose business may (or may not) be in trouble, and Sir David Evershot, a man still struggling with the effects of shell-shock from his war service. The author does not disguise how strange and difficult his behaviour can seem to others, and deals sensitively with his problems and those of his wife Edith, the middle sister of the family.

The Santa Klaus Mystery was the authorŌĆÖs third and last novel. She had written two others: Murder Underground (1934) and Death on the Cherwell (1935). Murder Underground, in which an unpopular old lady is found strangled on the deep spiral staircase of Belsize Park tube station, was well-reviewed at the time by as notable a writer as Dorothy L. Sayers, while Death on the Cherwell shares the setting of SayersŌĆÖs Gaudy Night, a fictional womenŌĆÖs college in Oxford. In HayŌĆÖs book, a group of students from Persephone College set out for a meeting by the river only to find their Bursar in her canoe ŌĆō dead. To find out who killed the old lady in BelsizePark and the Bursar in Oxford, you will have to wait until summer 2014, when these two novels will also be published in the ŌĆ£Crime ClassicsŌĆØ series.