Arthur Conan Doyle and The Adventure of the Executed Knight

In 1916 former knight of the British Empire and celebrated humanitarian Roger Casement stood on trial for treason. His friend Arthur Conan Doyle tried to rally support for his defence and put together a petition for his release, signed by figures such as W. B. Yeats, George Bernard Shaw and John Galsworthy. This petition, as well as Conan Doyle’s correspondence on the subject, has been digitised by the British Library as part of Europeana Collections 1914-1918, a project to provide access to material from national library collections across Europe, and will be available online from 2014. The trial of Roger Casement caused a media storm but Conan Doyle’s efforts were unsuccessful and Casement was hung on the 3rd of August 1916. 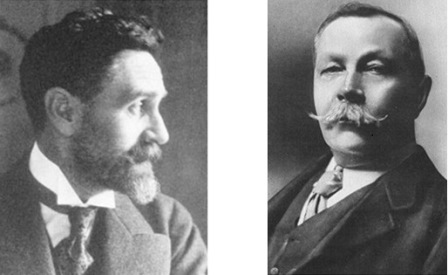 Roger Casement was born in Ireland in 1864. In 1895 he took a job with the British Foreign Office in Africa who, responding to reports of the exploitation of the indigenous people and human rights abuses, asked Casement to investigate conditions in the Congo Free State.

The Casement Report confirmed the truth of the alarming stories, such as that rubber workers who didn’t work hard enough were having their hands cut off, which shocked the public and caused international outcry.

The Casement Report lead to the establishment of an independent commission of enquiry, the arrest of many officials involved and eventually to the relinquishing of personal control of the area by the Belgian King Leopold II. Casement undertook similar work in the Putumayo basin in Peru and created a precedent for the British Embassy to intervene on behalf of indigenous people.

Whilst campaigning to improve conditions in the Congo he met Arthur Conan Doyle.  Conan Doyle had a history of using his status to champion the causes of those he believed were victims of injustice. In 1907 he had helped overturn the conviction against George Edalji for animal mutilation, a case now widely seen as being brought about through the racial prejudice of the police. In 1912 he campaigned for the release of the somewhat insalubrious Oscar Slater, arguing that he had not committed the murder he had been arrested for, despite being well known as a pimp and petty criminal. A firm believer in the English justice system, Conan Doyle thought that it did not matter what your background was, no one should be punished for a crime they did not commit.

Casement and Conan Doyle became good friends as well as supporters of a mutual cause and even went together to see ‘The Speckled Band’, a play based on a Sherlock Holmes novel of the same name, in 1910. Conan Doyle admired Casement’s belief in justice and based his character of the brave and idealistic Lord John Roxton on Casement in his novel ‘The Lost World’.

Casement was an ardent Irish nationalist and when war between England and Germany broke out in 1914, he saw an opportunity to gain support for Irish independence. He travelled to Germany to request military and political support to end British rule, returning to Ireland in 1916 aboard a German U-boat shortly before the Easter Rising. On arrival he was arrested by the British government, charged with high treason and sentenced to death. 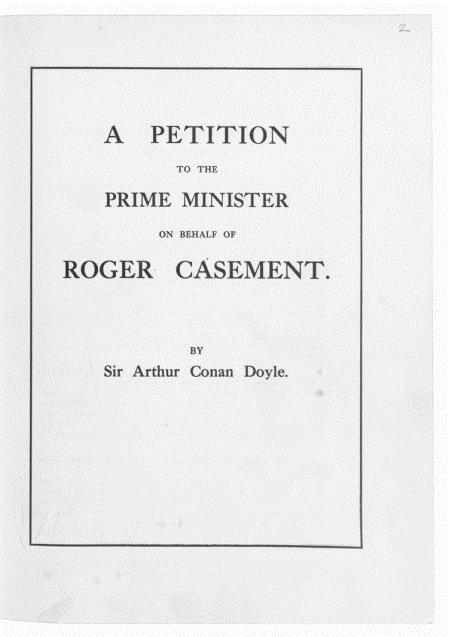 Conan Doyle could not believe that a man whom he knew so well and who had done so much in the service of the Empire could behave in such a way and blamed Casement’s actions on “severe strain” and “tropical fevers”. However, ever the pragmatist, Conan Doyle also argued that executing Casement would make a martyr of him and give more support to the Irish Nationalist cause as well as being a useful tool of German propaganda.

After his execution, Casement’s body was buried in quicklime but his remains were eventually repatriated to Ireland in 1965 where he was given a state funeral and buried in Glasnevin cemetery, Dublin. 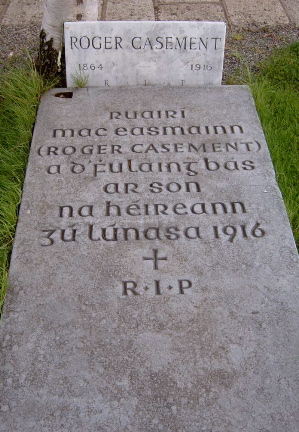 The grave of Roger Casement in Glasnevin Cemetary