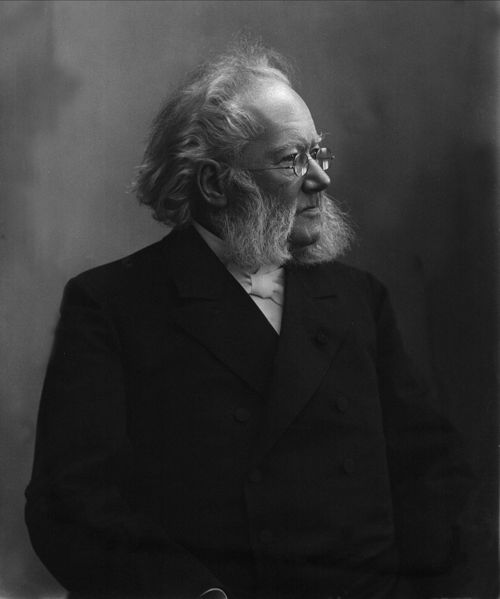 Today is Henrik Ibsen's birthday. Born in a little town in Norway in 1828, he was to become one of the most influential playwrights of modern European theatre. Ibsen lived to see his works translated into many European languages for performance, but he could surely have never conceived that by the 21st century he would have been translated into 78 languages, and that his works would be played as far afield as in India, Korea and China. But all great authors need great translators if they are to pass into the canon of other cultures.

At the beginning of last year the British Library acquired the archive of one of the most important translators of Ibsen into the English language: Michael Meyer, who is credited with establishing Ibsen as a playwright for a 20th century British audience. When Meyer started his work in the late 1950s Ibsen had largely become ‘worthy’ literature to be studied by academics. The only reliable translations available were those of William Archer, whose language was archaic and largely unperformable. A playwright and author himself, Meyer’s translations of Ibsen became, as George Steiner said, ‘a major factor in our sense of post-war drama’, and offered a freshness that Kenneth Tynan described as ‘crisp and cobweb-free, purged of verbal Victoriana.’ 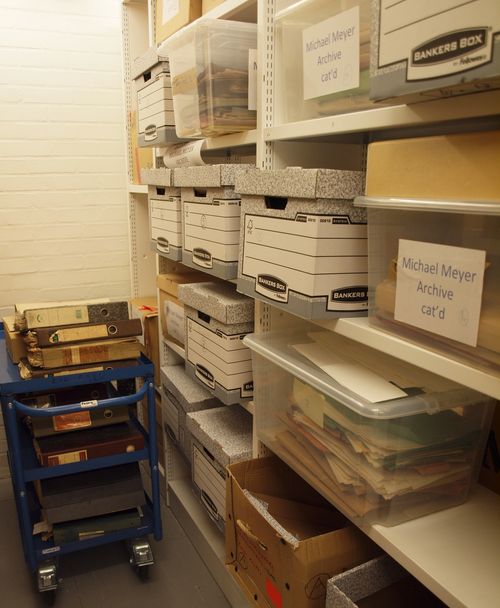 For audiences and readers a translator is often invisible; indeed Meyer himself felt that a translator had to ‘resist leaving his thumbprint’ and that his work should, as Gogol once said, be like a new windowpane. What this archive reveals to us is the craftsman who created this windowpane. Here we see, through successive drafts, how Meyer created the dynamic play-scripts which gave Ibsen a new relevance. We see how he moves from a rough translation that conveys literal meaning, to a theatrically charged text in which each character has its own voice, and in which the subtext surfaces with a clarity not found in academic translations.

Ultimately Meyer’s involvement with and influence on the British theatre went far beyond the translation of Ibsen’s plays. Braham Murray goes as far as to call him ‘one of the leading lights’ at Manchester’s Royal Exchange. He was also a much-loved teacher at the Central School of Speech and Drama, inspiring a love and understanding of Ibsen in the next generation of actors.

The Meyer Archive does more than just shed light on his processes and concerns as a translator of Ibsen, since it holds correspondence and notes that go back as far as his student days in Oxford before the war. Meyer was a man of letters: an editor, author, journalist and lecturer in his own right before Ibsen and the theatre finally won him. Correspondence includes letters from important poets and authors of the day including Graham Greene and George Orwell, and the list of theatrical correspondents reads like a role call of directors and actors of the second half of the 20th century. Finally the archives also contain the drafts of Meyer’s translations of Strindberg’s plays, and his research notes and drafts for his impressive biographies of both Ibsen and Strindberg.

It may seem that I have forgotten the main subject of today’s blog: Ibsen’s birthday. But what greater homage can be offered to an author than to keep his work alive, and to make it accessible to a wider audience by translating it well. It is because of the work of translators like Meyer, who persist in breathing fresh life into Ibsen’s work, that so many people across the world will be remembering that on 20 March 1828 a theatrical phenomenon was born. Happy birthday Ibsen!

Deborah Dawkin is presently working on a collaborative PhD project about Michael Meyer at the British Library. She is herself a translator.