As today is International Children's Book day I thought that it would be a good time to highlight examples of children's literature in the English and Drama collections at the British Library.

The Library holds copies of printed children's books which have been received under Legal Deposit. In addition we also have a number of archive and manuscript items relating to children's literature. Perhaps the most famous is the original manuscript, Alice's Adventures Under Ground, which would later be published as Alice's Adventures in Wonderland by Charles Dodgson (under the pseudonym Lewis Carroll) in 1865. The manuscript, which took Dodgson two years to painstakingly write and illustrate, has been digitised and can be found on the Library website. In addition to the manuscript the Library also has nine of Dodgson's diaries which include references to the creation and publication of the famous tale from the July day in 1862 when Dodgson first told the story to Alice Liddell and her sisters.

Aside from Alice we also have drafts of The Jungle Book and the Just So Stories by Rudyard Kipling and a nonsense story by the Victorian writer, Edward Lear among our collections. 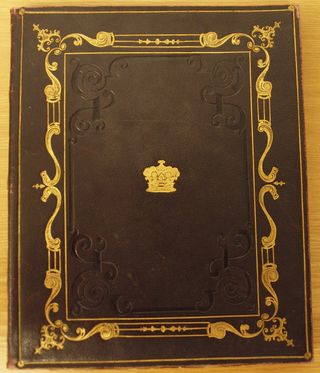 The fair copy manuscript tells the tragic story of Cecile who suffers the ruin of her family, the deaths of her employers and later her husband and children. In old age she faces destitution when her brother squanders all the family's savings. Redemption comes in the form of the little chicken which Cecile cares for and money given to her by a relation of one of her long dead employers. The message of the story that God provides for everyone and that just reward will be provided in Heaven is rather different from messages which we find in children's literature today. The manuscript is an interesting example of its type particularly as its author, Mrs William Johnson, was better known as a writer of songs and ballads.

One final item relating to children's literature that I would like to highlight is a personal favourite of mine which is included in the Ted Hughes archive. The archive includes letters and photographs sent to Hughes by children who had read his books. This material includes a wonderful photograph taken in the 1970s of a group of school children dancing around their very own Iron Man - 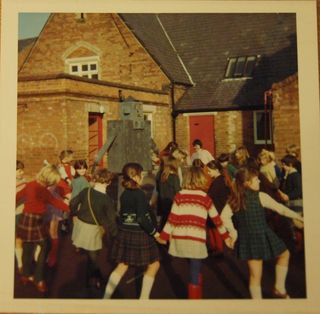 Unfortunately the name of the school was not included so I am not sure where the photograph came from but it is a great illustration of just how inspiring children's literature can be. I would love to hear from anyone who recognises the photograph!

As an add-on to my original post I should also mention that there are lots of images from children's literature on the Library's flickr site. Many thanks to a colleague for pointing these out to me.