Living the Victorian Nightmare: The Damnation of Theron Ware

The Devil, so the theory goes, has the best tunes. In literature it is probably fair to say he also has the majority of the best books. Even when he doesn't take centre stage himself the Devil's calling cards - lust, envy, temptation, the lure of wealth and power - usually make for fascinating themes with which to drive forward plot and character. In such a diabolically crowded field it is hardly surprising that certain elegant Faustian tales have slipped through the net and fallen into undeserved obscurity. One such tale however, The Damnation of Theron Ware (1896) by the American author Harold Frederic is surely ripe for rediscovery. Not only is it an excellent story in itself, it also reveals a great deal about the anxieties, doubts and fears - as well as the glorious freedoms - of the Victorian fin de siècle. As a one-volume summation of troubling late-Victorian themes the book can hardly be bettered. After all, Robert Louis Stevenson's Strange Case of Dr Jekyll and Mr Hyde (1886) featured a meddling scientist; Oscar Wilde's The Picture of Dorian Gray (1891) depicted a man in thrall to his own brilliant potential and Bram Stoker's Dracula (1897) featured, in the figure of Lucy Westenra, a predatory New Woman capable of seducing men at the drop of a neat little handkerchief. The Damnation of Theron Ware, on the other hand, features all three. 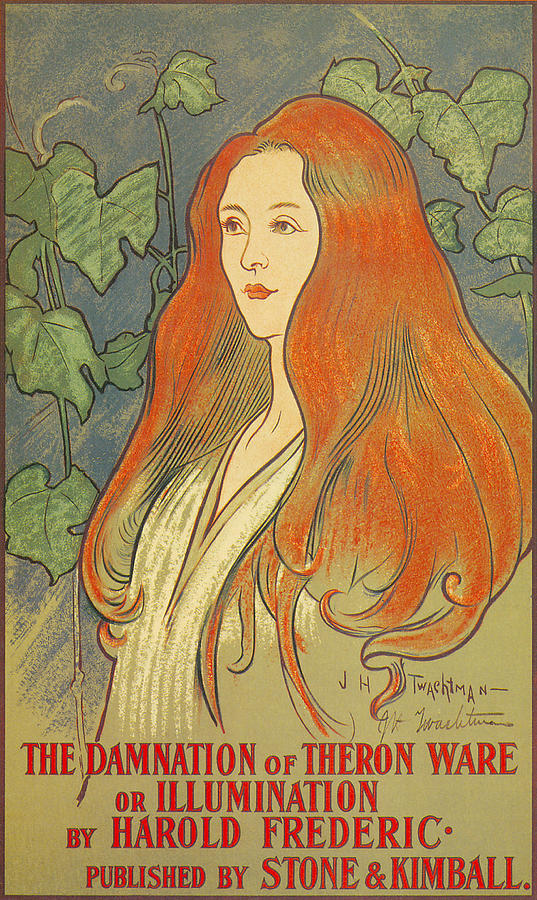 (Above: the original cover for The Damnation of Theron Ware. If you only read one unfairly neglected masterpiece in your life, make it this one)

What makes The Damnation of Theron Ware so brilliantly perceptive is the way it plays upon doubt, temptation and the desire to experience the intoxicating pleasures of life to the full. In the course of his work as a Methodist pastor in small-town America Theron Ware comes into contact with people very different, and to his mind considerably more exciting than he is himself. Take Celia Madden for example (that's her on the cover above): flame-haired, free-spirited and stunningly beautiful. Unsurprisingly when Celia takes Theron back to her heavily-draped rooms full of religious art and erotic sculptures and plays him Chopin nocturnes on her piano he emerges, sometime later, bewitched, bothered, bewildered and besotted. The poor chap is never quite the same again: at one point he even has a mystical vision of Celia's face overlaid upon that of the Virgin Mary in a stained glass church window.

The Victorian attitude to the New Woman, the generic term for the independently-minded women who came to prominence in the 1880s and 1890s, was curiously contradictory. For her critics, who were by no means all male, she was stereotyped - in an extremely contradictory fashion - as either a mannish, child-hating lesbian or else as a sexually predatory vamp. Celia Madden, with her charm, charisma and disregard for convention, is the embodiment of the latter variety. Similarly Theron's encounter with the atheist scientist Dr Ledsmar, a man who performs sinister experiments upon his collection of lizards and bees and who dopes his Chinese manservant with increasingly heroic doses of laudanum simply to observe the consequences leaves Theron questioning his drearily out-dated notion of morality. The local Catholic priest, meanwhile, Father Forbes, has a very free take on theological doctrine which reduces Theron to feelings of hopeless inferiority. In his attempts to be more like his new friends Theron abandons the very traits - respect, decency, diligence - that first brought him success. In turn Celia Madden, Dr Ledsmar and Father Forbes find Theron's plays at being more progressive both feeble and embarrassing. Morality clashes with amorality; the past clashes with the future; small town America clashes with the birth of the modern and the desire to do good works for the many clashes with the pursuit of individual desire and pleasure. 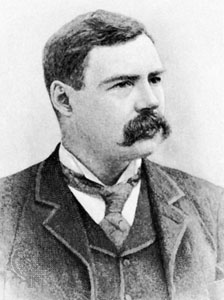 (Above: Harold Frederic, barely-known author of unfairly-neglected masterpiece. Life can be cruel ...)

The English title for Harold Frederic's book was Illumination. The twist being that the 'illumination' Theron achieves comes at the cost of spiritual and moral decay and only serves to leave the surrounding darkness more profound. As a morality tale on the dangers of temptation it is a fine novel. As a depiction of fin de siècle fear, anxiety and hedonistic pleasure it is up there with the very best.