The Face in the Glass: Mary Elizabeth Braddon and the Victorian Gothic Tale

Imagine, if you will, an Italian villa, its walls baked by the sun and its gardens surrounded by orange groves. What could be more welcoming and delightful? There is, however, a room at the back of the villa; a room, lined with old leather-bound books, which catches little of the light and always seems dank and cold. Curiously it is with this stale and sunless room that the successive owners of the villa become fascinated. Fascinated indeed to the point of obsession. It is also within this room that an antique mirror made of a distinctive dark glass can be found, a glass that, perhaps, reflects something a little more mysterious than a bland representation of reality. Those who gaze into the mirror's depths become entranced, beguiled, morbidly enraptured, but they also lose vitality, finding themselves ageing prematurely and hurtling towards the grave. There is sunshine outside the villa, but a contrasting haunting darkness within. 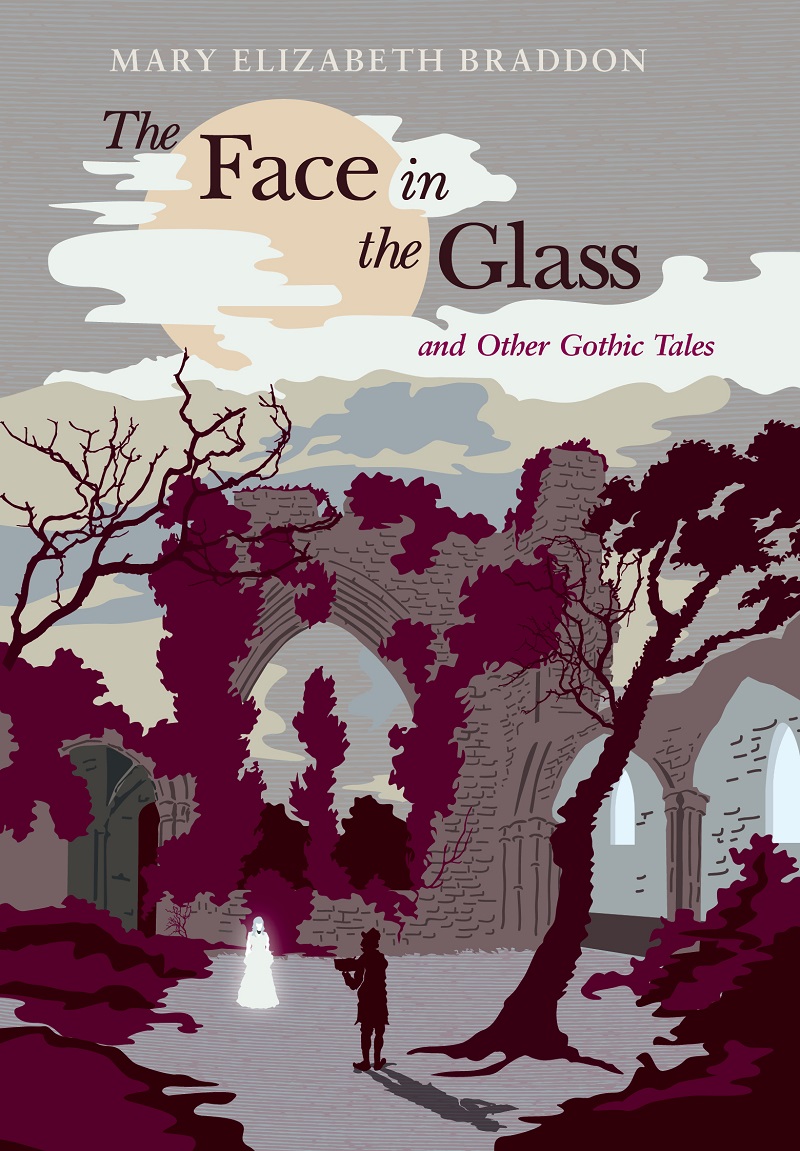 (Above: The Face in the Glass and Other Gothic Tales, a selection of Mary Elizabeth Braddon's finest tales of the macabre and the uncanny. Published by the British Library)

The above synopsis sounds like something by Edgar Allan Poe but it is actually the outline of an enigmatic and extremely unsettling short story called 'Herself' by Mary Elizabeth Braddon (1835-1915), one of the many brilliant and enigmatic Gothic tales that she wrote throughout her life. The Victorians and the ghost story go hand in hand but, even in such a brilliant and crowded field including authors such as Charles Dickens, Elizabeth Gaskell and Oscar Wilde, Braddon stands out as a particularly fine writer of the beautifully crafted tale of terror. Her stories are always inventive, always challenging and they exhibit a terrific range and variety. Braddon had a gift for evoking atmosphere and an ability to induce that delicious, creepy sensation of something being 'not quite right'.

Today Braddon is best known for her brilliant sensation novel Lady Audley's Secret (1861), a book which turned conventional expectations on their head by having, at its heart, a beautiful, blue-eyed, seemingly 'butter-wouldn't melt' blonde woman as the villain and a man as the victim. At the time this was highly innovative and radical. In Gothic literature, of which sensation fiction is a quintessentially Victorian offshoot, the women were there to swoon and the men were there to be diabolical - not the other way around. Villany had never before been presented in such a subversive and beautifully beguiling fashion.

Although several of Mary Elizabeth Braddon's novels are coming back into print her Gothic tales remain somewhat neglected, a situation which a new publication by the British Library - The Face in the Glass and Other Gothic Tales - aims to redress. The volume gathers together a selection of Braddon's sinister tales, each of which highlights a particular facet of her brilliant imagination. Just as with her longer fiction her short stories endlessly turn conventional expectations upside down. For example, Braddon's female characters are spirited and independent,often railing against the restrictions imposed upon them by Victorian (and distinctly male) society. Similarly she had little time for the conventional happy ending. Many of her short stories have genuinely chilling conclusions while others are veiled in enigma and mystery.

The stories within The Face in the Glass feature visitations from beyond the grave; tales of haunted houses and mirrors that distort the truth. There is a tale of an island inhabited by the spirits of the departed and a story of an elderly woman, Good Lady Ducayne, with claw-like hands who cares little for the qualifications and experience of her attendants provided they have youthful blood flowing through their veins.

(Above: Good Lady Ducayne, as depicted in the original publication of the story in The Strand Magazine. 1896)

There is plenty of darkness within the pages of The Face in the Glass, but there is also considerable humour, invention and imagination. The Victorians knew how to tell ghost stories, and Mary Elizabeth Braddon told some of the finest ghost stories of all. The best of her tales such as 'Eveline's Visitant', 'Her Last Appearance', 'The Ghost's Name', 'The Island of Old Faces', 'Herself' and 'Good Lady Ducayne' bear comparison with the acclaimed supernatural tales of Poe, Dickens and Wilde.

The Face in the Glass and Other Gothic Tales is available from the British Library Shop, while sensation fiction, ghost stories and many more Gothic-tinged horrors are explored in detail in the Terror and Wonder exhibition and the assoctiated exhibition book.