Jane Austen, whose 239th birthday is today, has another anniversary this month – at the very end of December 1817, after her death, her novel Northanger Abbey was published. 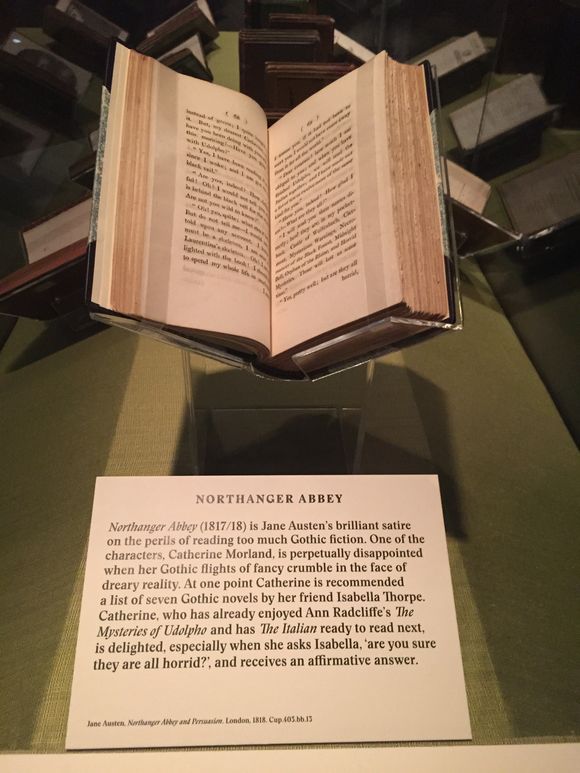 Northanger Abbey is a joyously playful satire on the gothic novel of the 1790s, and was written in around 1798-9, when Austen was in her early 20s. It was the first of her novels to be submitted for publication, and was bought by a London publisher for the princely sum of £10 in 1803 – but for unknown reasons lay unpublished until 1816, when Austen’s brother bought it back for her. She made a few revisions, changing the heroine’s name from Susan to Catherine Morland, and also the title (which had been ‘Susan’) perhaps to tie it more firmly to the gothic tradition it pastiches.

In the first half of the book, set in fashionable Bath, Catherine meets with a new friend, Isabella Thorp, a flighty young woman. When Catherine opines that she wishes she could spend her whole life in reading Ann Radcliffe’s hugely popular and influential Gothic novel, The Mysteries of Udolpho, Isabella replies that she has “made out a list of ten or twelve more of the same kind for you…  Castle of Wolfenbach, Clermont, Mysterious Warnings, Necromancer of the Black Forest, Midnight Bell, Orphan of the Rhine, and Horrid Mysteries.”

For some time in the 19th century, it was generally believed that Austen may have made up these titles, so preposterous did they sound to later, non-Gothic readers. However, later scholarship revealed that the novels did all exist, and they are on display together for the first time in Terror and Wonder. You can read more about the seven horrid novels on the British Library European Studies blog here. 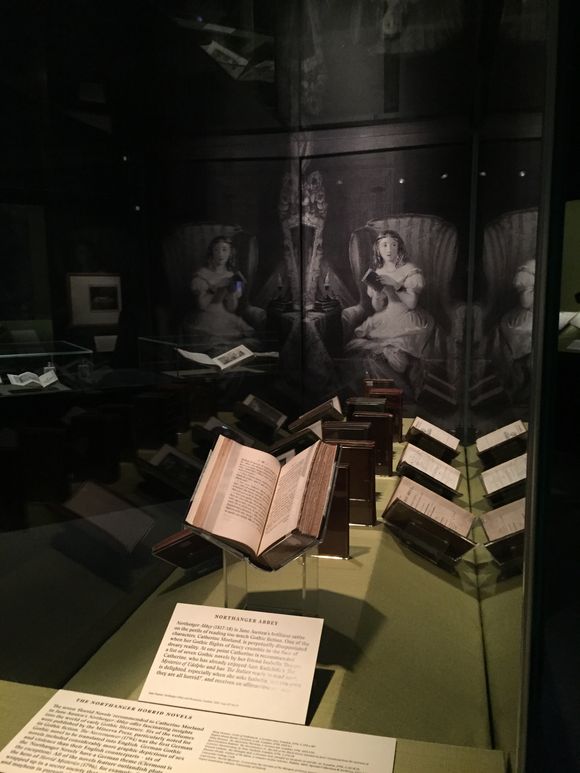 The second half of Northanger Abbey features Catherine’s visit to the Abbey itself, the home of her friend Eleanor Tilney and her brother Henry. On the journey Henry teases Catherine about what she expects the house to be like (as it is called an Abbey, Catherine has of course imagined a full-on Radcliffian dark, brooding, mazelike building stuffed with secrets): "And are you prepared to encounter all the horrors that a building such as 'what one reads about' may produce? Have you a stout heart? Nerves fit for sliding panels and tapestry?" Henry then proceeds to distil various key plotlines from the complete work of Ann Radcliffe into a single, very entertaining narrative at what is to happen at the Abbey during Catherine’s visit. His intention is to entertain, but Catherine is both frightened and immediately expects the worst – or, the most exciting – to happen.

Austen draws the line between the gothic novels of the 1790s (usually set centuries in the past, in continental Europe) and England in the 1790s when Henry reminds Catherine that she should “Remember the country and the age in which we live. Remember that we are English, that we are Christians…. Does our education prepare us for such atrocities? Do our laws connive at them?” By the end of the novel, Catherine has at last learned not to take novels (or herself) so seriously.

Another theme of the novel which, perhaps strangely, links to our exhibition Terror and Wonder, is that of consumerism. Isabella Thorp, when she recommends the seven horrid novels to Catherine, admits that she hasn’t read them herself but has in turn been given the list by Miss Andrews. Isabella’s interest seems to be more that she keeps up with the fashion and is able to make these recommendations than in her own enjoyment of novel-reading. Amongst many other references to the consumer culture of the 1790s (whose lace trimmings are nicer, whether a muslin will wash well) one stands out – the fact that Northanger Abbey itself has a Rumford fireplace. Designed by Count Rumford in the mid- 1790s, this new style of fireplace increased the heat to a room by narrowing the vent.  On display in Terror and Wonder is a parody of an advertisement for a Rumford, in which a young lady reading the scandalous gothic novel The Monk by Matthew Lewis, has a lovely time by her RumPford fire. Scandalous indeed. 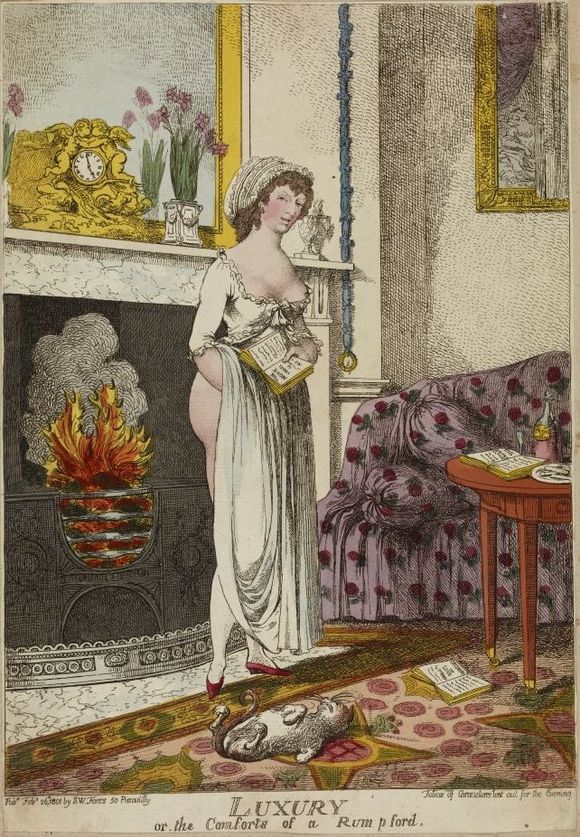 Terror and Wonder is on till the 20th January, and you can buy tickets here