Marking the Centenary of Virginia WoolfŌĆÖs first novel: The Voyage Out.

This month marks the centenary of the publication of Virginia WoolfŌĆÖs first novel The Voyage Out. The novel was published by Duckworth & Co. on the 26 March 1915 in an edition of 2,000 copies. It follows the development of Rachel Vinrace on board her fatherŌĆÖs ship the Euphrosyne on a voyage to the fictional South American port of Santa Marina. The novel satirizes British colonialism and society, and has also been seen as reflecting Virginia WoolfŌĆÖs personal journey from an upper middle class Victorian upbringing; to the freedoms she was to experience as part of the Bloomsbury Group. The group had its antecedents at Cambridge University among the friends of her brother Thoby. After leaving university the debates and conversations of Cambridge were to carry on in the squares around the London district of Bloomsbury, most famously at 46 Gordon Square. One of the characters in the novel, St John Hirst, is clearly based on Virginia WoolfŌĆÖs Bloomsbury friend Lytton Strachey, and perhaps through this character we learn something of the flavour of what Bloomsbury conversation was like, as Hirst discusses philosophy and life with his friend Terrence Hewett. In The Voyage Out Woolf also introduces the reader to Richard and Clarissa Dalloway. Clarissa Dalloway would of course reappear later as the central character in WoolfŌĆÖs 1925 novel, Mrs Dalloway. Clarissa Dalloway also appears in a number of short stories written by Woolf in the 1920s. 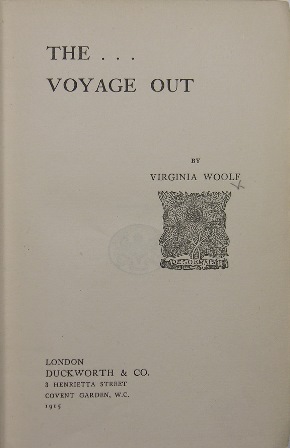 The Voyage Out had a long and difficult journey itself. Hermione Lee in her biography of Woolf has suggested she may have begun work on the novel as early as 1906, certainly the novel is mentioned by Woolf in letters from 1908 where it is referred to by the title, Melymbrosia. The novel underwent many drafts and revisions over the years and was put aside for a period when Woolf was too ill to continue with it following a breakdown in 1910. It is the long development of the novel which allowed Woolf to use events and experiences in her personal life to be reflected in the novel. In August 1912 Virginia married Leonard Woolf. The nature of marriage occupies the thoughts of the heroine Rachel Vinrace and would likely have reflected one of WoolfŌĆÖs own preoccupations at the time. Woolf also used her experience of illness during the writing of the novel in the description of RachelŌĆÖs delirium when she is struck down by fever.

The novel was finished in the spring of 1913 and the manuscript delivered to her publisher on 9 March. However, the strain of completing the novel led to another breakdown this time far more serious than that of 1910, occasioning Woolf to be cared for in a nursing home from July and subsequently attempting to take her own life in September. The severity of her illness accounts for the long delay between submitting the manuscript and the book appearing in print. The proofs of the novel were meticulously revised by Woolf, a task she was unable to undertake until her health had sufficiently improved.

Around the time of publication the Woolfs had been looking for somewhere to live outside London and had settled on a house in Richmond.  Because of VirginiaŌĆÖs incapacity, Leonard was left to make most of the practical arrangements of the move himself as Virginia continued to recover in the nursing home. Eventually they moved to Hogarth House in the spring of 1915 where, a couple of years later they established the Hogarth Press. The purpose of the press was twofold; partly to provide a therapeutic distraction for Virginia, and secondly to provide them with the freedom to publish more experimental works. The first publication by the press was Two Stories written and produced by Virginia and Leonard in 1917. However, for her second novel, Night and Day Virginia was again committed to using DuckworthŌĆÖs, the publishing company of her half-brother Gerald Duckworth and an establishment somewhat conservative in outlook. After the publication of Night and Day Virginia was particularly relieved to be released from what she felt to be the restrictive nature of editors at Duckworth and her subsequent works were published by the Hogarth Press. The Hogarth Press eventually obtained the rights to The Voyage Out from DuckworthŌĆÖs in 1929.

On novels and the art of writing them: the rules according to Anthony Trollope 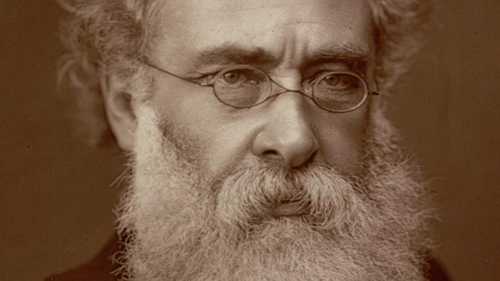 This year is the 200th anniversary of the birth of the novelist Anthony Trollope (1815-82). The British Library have marked the birth of this prolific 19th century author by mounting a display in our Treasures Gallery, centred around the manuscript of TrollopeŌĆÖs An Autobiography, which the Library is lucky enough to hold.

The display looks at the authorŌĆÖs ŌĆśrulesŌĆÖ for novel writing, as laid down in his autobiography. Trollope outlines the essential qualities required of any aspiring writer, which include the ability to write honestly, naturally, intelligibly, rhythmically and pleasantly; to create sympathetic characters and primarily a willingness to submit to severe toil. He describes in detail the ŌĆśself-imposed lawsŌĆÖ, under which he operated. When he began a book he prepared a diary, decided upon a deadline and assigned himself so many words per week. He attributed his entire success to the virtue of his early hours; he would rise at 5am each day and undertake his literary work for three hours before starting for the Post Office (his parallel career). He wrote with his watch before him, aiming to write 250 words every 15 minutes. Trollope was a hugely prolific writer, producing 47 novels, an autobiography, two plays, short stories, travel books, articles, reviews and lectures.  Proud of his achievements, he boasted that he always had a pen in hand and was bound to the rules of labour in the same way as a mechanic or a shoemaker. The autobiography also contains a very frank account of the monetary rewards he received for each novel, which he freely admits is part of his motivation for writing; it remains a testament to the value of hard work and self-motivation. 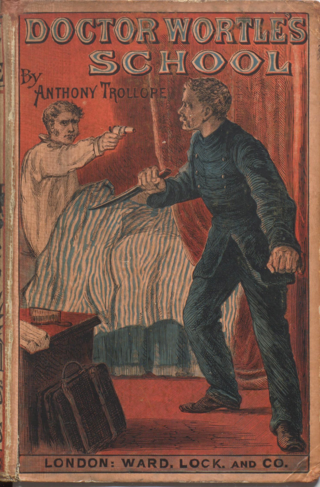 Though critical opinion has fluctuated over time, TrollopeŌĆÖs readers have remained constant. HeŌĆÖs never been out of print, and he has attracted admiration from many other members of his profession, such as Virgina Woolf . Most are in agreement that his genius lies in his characterisation and his attention to detail when talking about the details of life itself. Nathanial Hawthorne famously described Trollope as ŌĆśdealing with the solid, substantial, written on strength of beef and through inspiration of ale, and just as real as if some giant had hewn a great lump out of the earth and put it under a glass case, with all its inhabitants going about their daily business, and not suspecting that they were made a show of.ŌĆØ

Other highlights of the display include his letter of appointment to the General Post Office; a watch given by Trollope to his nephew; a selection of TrollopeŌĆÖs novels in various forms ŌĆō in parts, triple deckers, periodicals, as yellow backs (with wonderfully dramatic cover illustrations); caricatures; letters to the Royal Literary Fund and even one to the Prime Minister, William Gladstone, apologising for causing offence.

There is so much to write about Anthony Trollope that I find IŌĆÖve hardly scratched the surface. If you want to know more about him then please come along to our display (which is up until 7 June) ŌĆō or indeed the event weŌĆÖre holding on 23 April ŌĆśA celebration of Anthony TrollopeŌĆÖ with an esteemed and eclectic panel of special guest speakers and a reception generously sponsored by the Trollope Society (who are particularly active in this bicentenary year, extolling the virtues of the great author). In addition the British LibraryŌĆÖs Discovering Literature site has added an Anthony Trollope section in honour of the occasion. Alternatively there are several very wonderful books about this man who wrote so many wonderful books that anyone interested might turn to ŌĆō or you could read his autobiography, of course.

On novels and the art of writing them http://www.bl.uk/events/treasures-of-the-british-library

A Celebration of Anthony Trollope http://www.bl.uk/events/a-celebration-of-anthony-trollope