Shining a light on poetry pamphlets for National Poetry Day

by Debbie Cox, Lead Curator of Contemporary British Publications at the British Library.

National Poetry Day gives us the opportunity to showcase the wonderful array of poetry pamphlets submitted recently for the Michael Marks Awards.  The Awards, in which the Library is a partner, were set up to celebrate the poetry pamphlet as a unique form of publication, having a fundamental importance in poetry.  The Poetry Award recognises an outstanding poetry pamphlet published in the UK in the previous year, and the Publishers Award singles out an outstanding UK publisher of poetry pamphlets.  Additionally for the first time this year, there is a prize for outstanding illustration of a poetry pamphlet.   For this year’s awards, a total of 115 pamphlets were entered. The publishers’ submissions detail their efforts to sustain and develop the pamphlet as an important element in the poetry landscape.   Pamphlets, defined for these Awards as publications of no more than 36 pages,  play a role in bringing the work of newer poets to an audience, as well as enabling more established poets to bring out a smaller collection, maybe around a single theme or in a particular style, between their major collections. Image 1/5 showing the full range of pamphlets submitted for the 2015 Michael Marks Awards.

Although the publishers of poetry pamphlets are keen to bring the poetry to as wide an audience as possible, many undertake pamphlet publishing more as a labour of love than for commercial reasons.  Although this has its own challenges, it is also liberating in that it gives publishers freedom to put forward work they like, according to their own criteria and preferences. It also allows these publishers to follow their passions and work in a way that expresses their own interests. Some focus on the association between illustration and the written word, others are more concerned with the physicality of the finished object, as something good to hold onto and keep.   Because of this, the pamphlets submitted show great diversity, not only in poetic styles and themes, but also in their production.  In many cases the publishers work closely with the authors selecting the design, typeface and layout, whilst other publishers seek to create a recognisable series of pamphlets through a more unified design.  Many work in a close relationship with local printers, and locality shines through many of the pamphlets submitted, not only in their production but also in their voice, with regional accents including Brummie, Geordie and Highland English featuring in the poems. 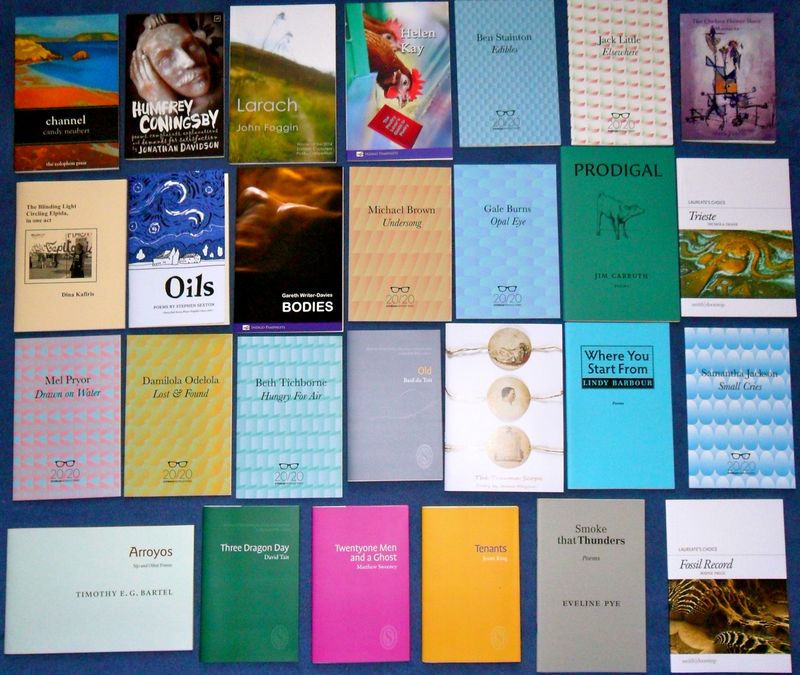 In very many cases the sale and promotion of the pamphlets also depends heavily both on locality and on relationships built up with their audience.  Very few bookshops take poetry pamphlets, partly because, without a spine, they are not suited to being displayed on shelves.  So they are sold at poetry readings, book fairs or poetry festivals or through other sympathetic outlets.    And although these are printed pamphlets, they are also promoted energetically through publishers’ websites, social media and blogging. 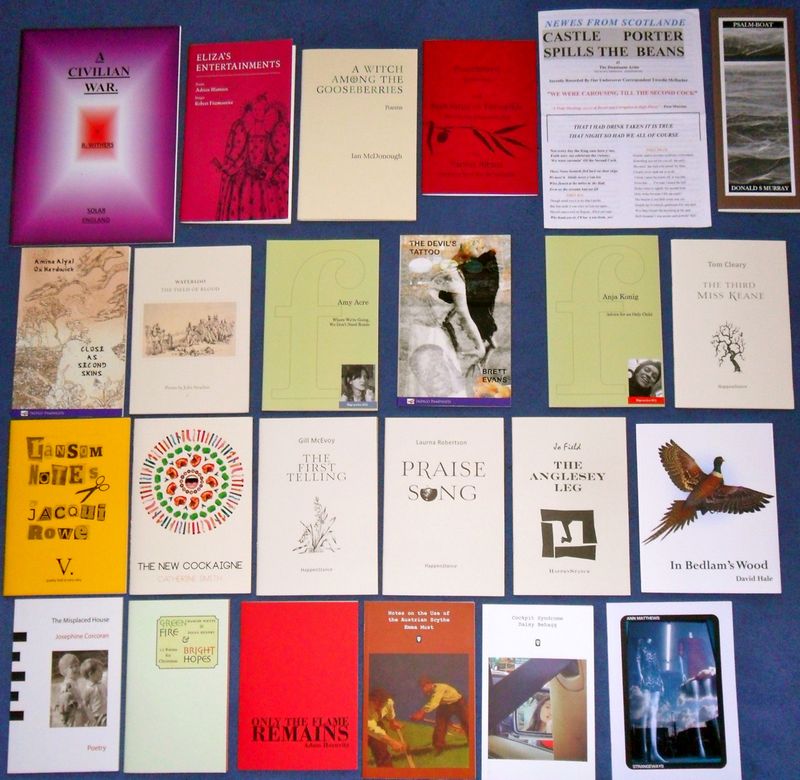 Image 3/5 showing the full range of pamphlets submitted for the 2015 Michael Marks Awards.

For both the poets and the publishers, pamphlets offer a means to introduce poetry to new audiences, as many hope that affordable pricing will enable more people to buy these collections. And although these are contemporary poems, published in the UK, their scope is not limited either in place or time.  The collections include work by writers of different nationalities, as well as work inspired by travels or stays in many countries.  There are collections based on historical events alongside current concerns, and there are poems translated from languages other than English. 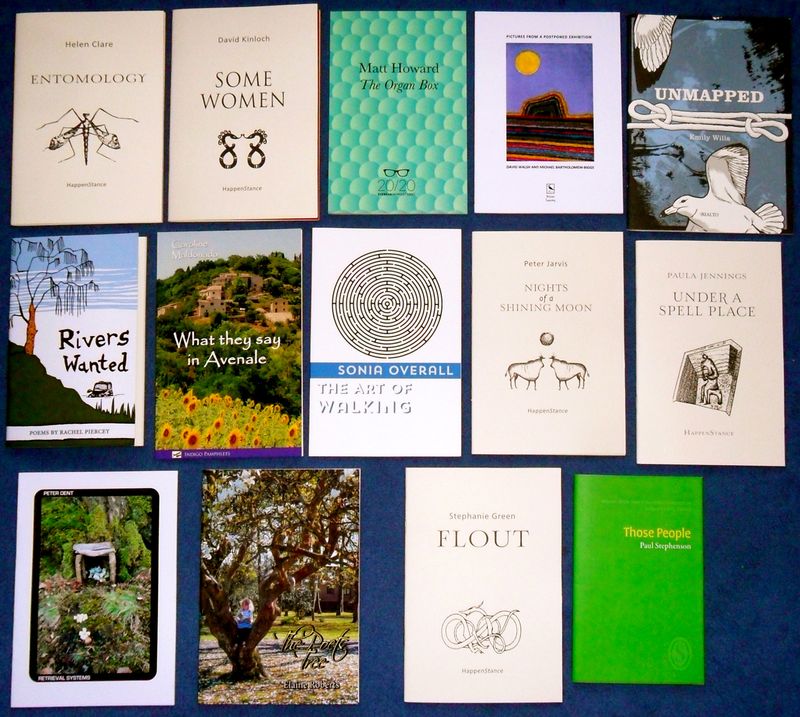 Image 4/5 showing the full range of pamphlets submitted for the 2015 Michael Marks Awards.

For the British Library the Michael Marks Awards provide a means of ensuring that the Library’s coverage of this important format is as complete as possible, for whilst many of these pamphlets will be sent to the Library by their publishers as the “legal deposit” copy, some pamphlets may not have reached us by this means.  In its role as the national published archive, the Library endeavors to collect and preserve the whole range of UK publishing, across all formats, and sees independent and alternative publishing, and self-published works, including pamphlets and zines, as vital elements of cultural expression alongside the output of commercial and academic publishers. 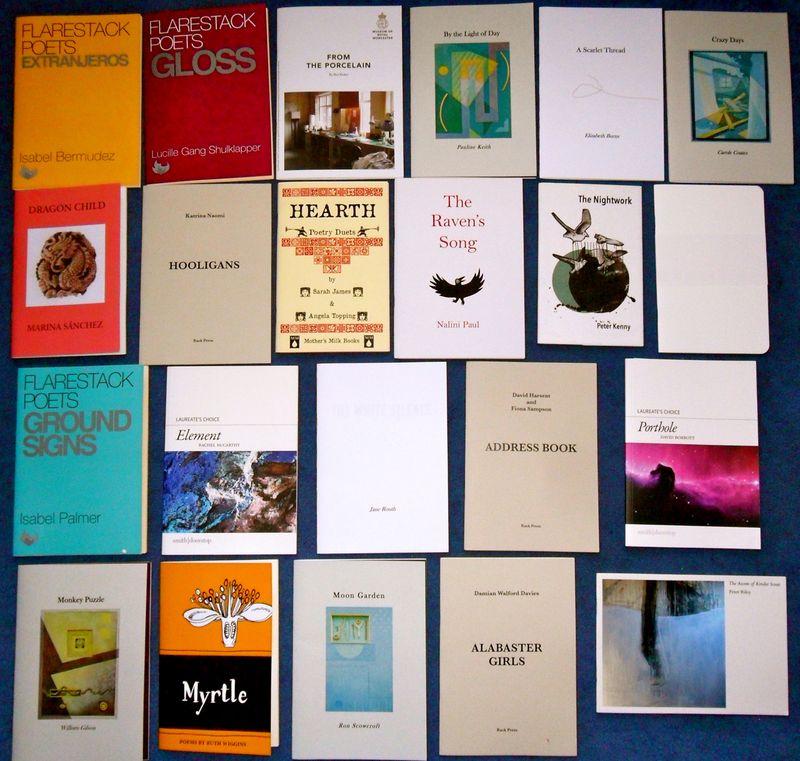 Image 5/5 showing the full range of pamphlets submitted for the 2015 Michael Marks Awards.

The pamphlets submitted for this year’s Awards will be added to the Library’s collections, alongside those submitted over the previous six years, forming an important addition to the Library’s coverage of poetry in the UK and beyond.  The Awards were started by the British Library with the Poetry Book Society, with the generous support of the Michael Marks Charitable Trust, in 2009. The Wordsworth Trust joined the British Library as lead partner in 2012, and the TLS joined as media sponsor. The shortlist for the Poetry and Publishers’ Awards will be announced by the end of October and the winners will be announced on Tuesday 24th November.

There are events across the UK and specially commissioned poems on this year’s theme of light to mark National Poetry Day.

Posted by Joanna Norledge at 12:54 PM