The British Library is happy to announce that it has acquired the archive of the D’Oyly Carte Theatre Company. The company, founded by Richard D’Oyly Carte, was a professional light opera company that staged Gilbert and Sullivan’s Savoy operas from 1875 until 1982.

The D’Oyly Carte archive is remarkable in its extent, its continuity and the range of material it contains. It provides unparalleled insight into an opera company which was unusual in its repertoire, international reach, its focused social identity and ownership over more than a century by a single family. As an archive of an important theatre company which toured the UK and British Empire extensively, it is British in the sense of the audiences it reached, and its subject matter, which relates to stage works offering a unique view on aspects of British society and culture from the late Victorian period. Its acquisition builds on the Library’s strong existing Gilbert and Sullivan holdings including the Gilbert papers that were acquired in 1956, and the autograph scores of Patience and Gondoliers (acquired in 1966) and Ruddigore (in 2000). It also adds to an already rich collection of theatrical archives at the British Library which includes the archives of Laurence Olivier and Alec Guinness and the Lord Chamberlain’s Plays collection. 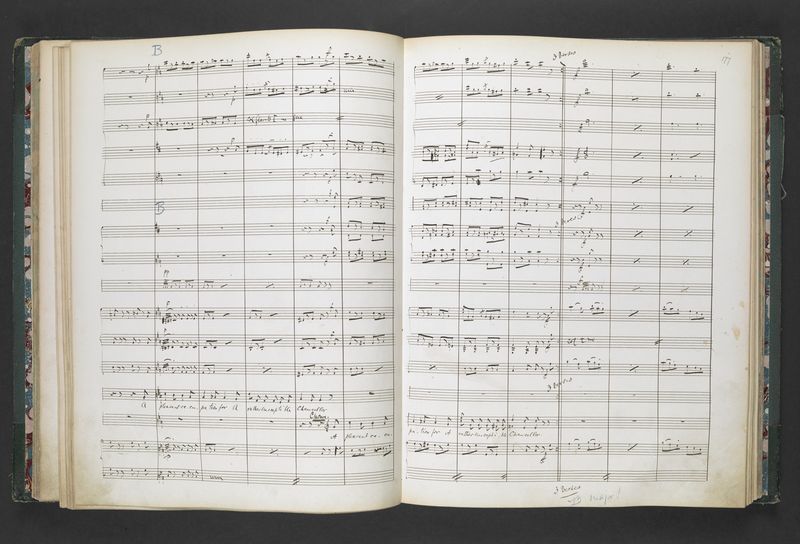 The archive of the D’Oyly Carte Theatre Company comprises a complete record of the activities of one of the most famous, distinctive and longstanding theatrical companies in the UK. The D’Oyly Carte Company is the effective birthplace of one of the UK’s most commercially successful creative endeavours – the musical. The archive is also inextricably bound up with the wider enterprise of the Savoy Theatre and Hotel, itself a fascinating demonstration of late Victorian ingenuity. It has been carefully maintained by the organisation which created it and covers the Company’s activities over the entire twentieth century, as well as more limited material from its early days in the nineteenth. Indeed the company maintained exclusive control of copyright of the operas up to 1960 and the archive documents the way in which W.S. Gilbert’s directions for each production were strictly adhered to.

The rich documentation and range of material of the archive is probably unparalleled in theatrical archives. This includes extensive correspondence with agents and artistes, relating to auditions, casting, personnel, theatres and tours (around the UK and throughout the English-speaking world); programmes, press cuttings, band parts, libretti, prompt books, papers and photographs of the D’Oyly Carte family, contracts, stage managers’ reports, illustrative materials including sketches for costumes and props, cigarette cards, extensive photographs of artistes, productions and special occasions, posters, recordings on various media including discs, reel-to-reel tape, and sound and video cassette and optical disc. Sir Arthur Sullivan’s autograph score of ‘Iolanthe’ is the most valuable individual component of the archive, and until its acquisition it was the only remaining major autograph Sullivan opera score in private ownership. 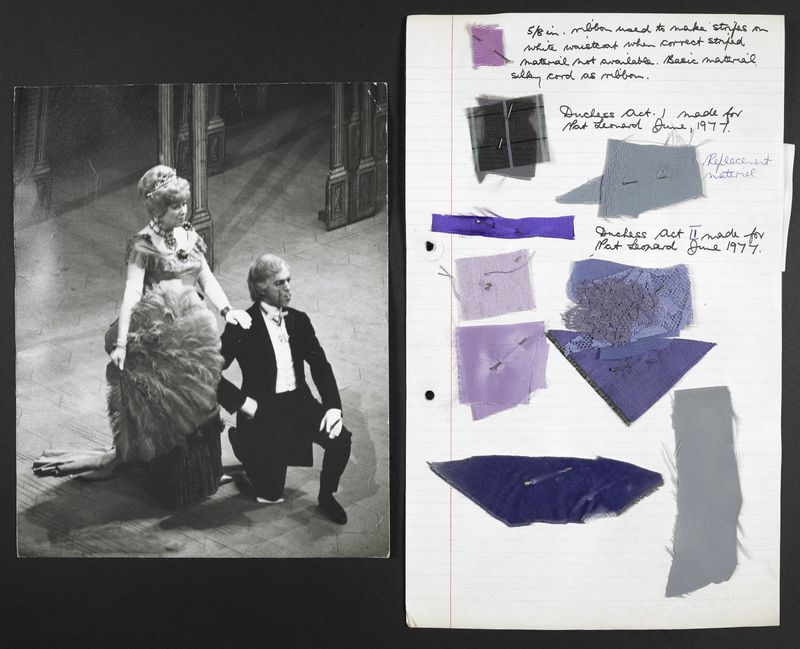 Costume design working notebook from the 1970s, with production photograph and fabric samples. (Samples relate to a production of The Gondoliers). D'Oyly Carte Archive. Copyright @ British Library Board & D'Oyly Carte.

The Library was enabled to acquire the archive by the generous support of the D’Oyly Carte Charitable Trust and the Friends of the British Library. This includes funding to catalogue and preserve the archive, which is expected to be fully accessible by spring 2017.

The cataloguer will make the considerable research potential of this archive easily accessible to researchers, as well as any individuals interested in the history of theatre. The archive will provide insight not only into the performance history of the works staged by the company, but also of the performers themselves. This material will appeal to a wide range of researchers – from amateur musicians to professional musicologists, and from social historians to theatrical producers and genealogists. We are very excited to have acquired it and feel that it is a wonderful addition to our collections.

Posted by Joanna Norledge at 10:49 AM