The various incarnations of Ronald Harwood’s The Dresser

by Joanna Norledge, Curator of Contemporary Performance and Creative Archives

Recently the library hosted an event, as part of the 8th International Screenwriting Conference, which featured an in conversation with Sir Ronald Harwood, the Oscar-winning playwright and screenwriter. It was an exciting opportunity to highlight the wealth of material in the British Library relating to screenwriting and specifically to explore the archive of Ronald Harwood. Sir Ronald regaled the audience at the event with entertaining stories from his experience working as a screenwriter. His career spans a long period and The Dresser was one of his successes inspired by his own early career in the theatre. 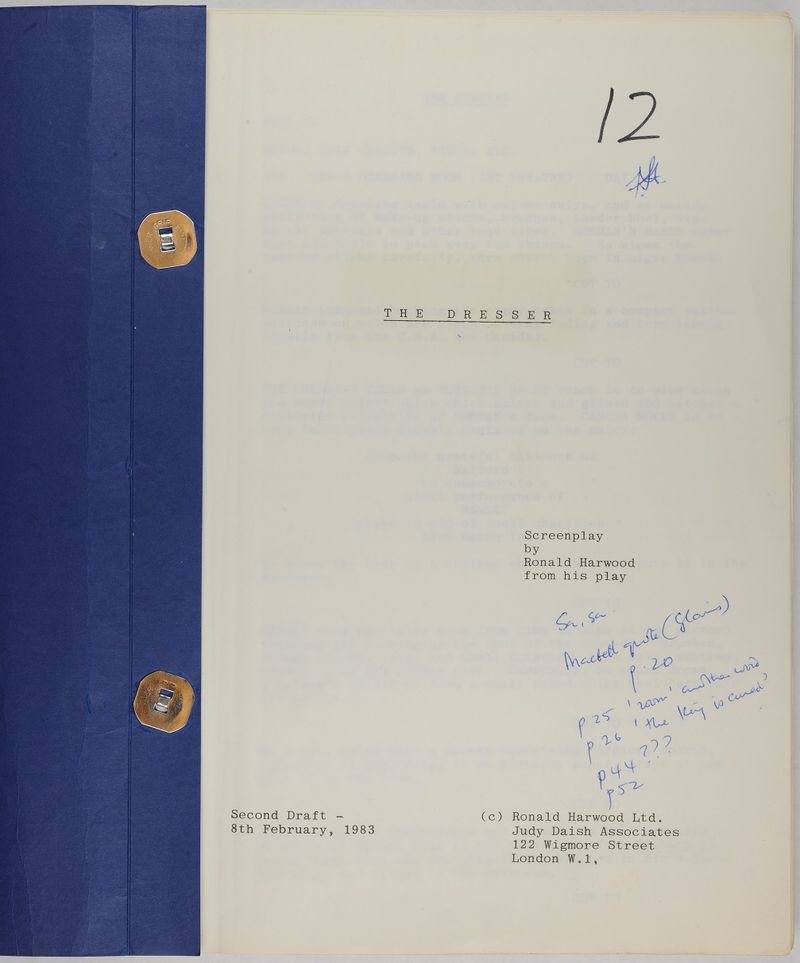 Image of the 1983 second draft screenplay for The Dresser, from The Ronald Harwood Archive, produced with permission of Sir Ronald Harwood, image copyright @ British Library Board.

Originally written as a stage play based on Sir Ronald’s experience of working as Sir Donald Wolfit’s dresser, The Dresser  was first performed in 1980 at the Royal Exchange Theatre with Freddie Jones as "Sir" and Tom Courtenay as Norman. The play was nominated for Best Play at the Laurence Olivier Awards in 1980. The Dresser was first made in to a film in 1983 starring Albert Finney and Tom Courtenay. 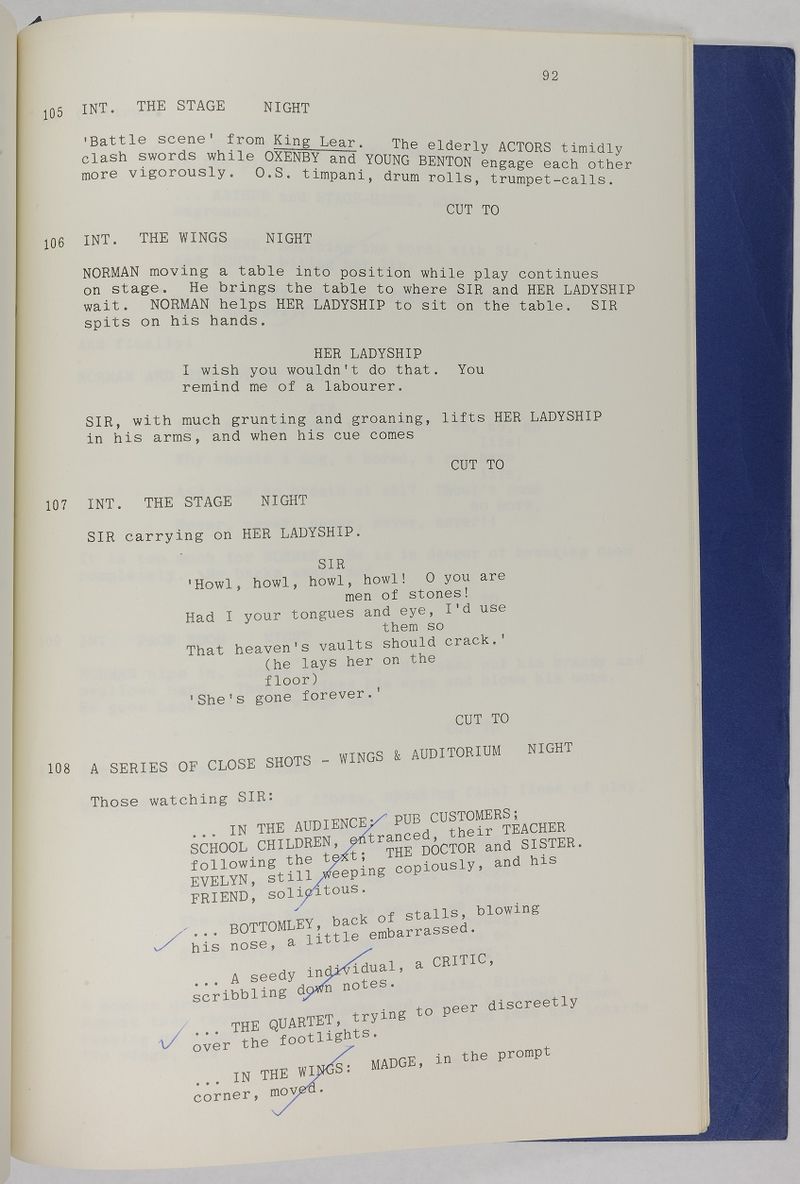 Image of the 1983 second draft screenplay for The Dresser, from The Ronald Harwood Archive, produced with permission of Sir Ronald Harwood, image copyright @ British Library Board.

On the 31st October a new television film of The Dresser aired on BBC2, starring Anthony Hopkins and Ian McKellen. Sir Ronald discussed, at the event, how the BBC’s single television plays provided many of the writers of the 60’s and 70’s the chance to earn money and practise their craft. In recent years the small screen has received more attention as a medium of filmic story telling than the big screen. Productions such as The Dresser (2015) look back to the BBC’s roots in theatrical and film narrative. It pays homage to the single television play form in which so many great writers and entertainers began their careers. 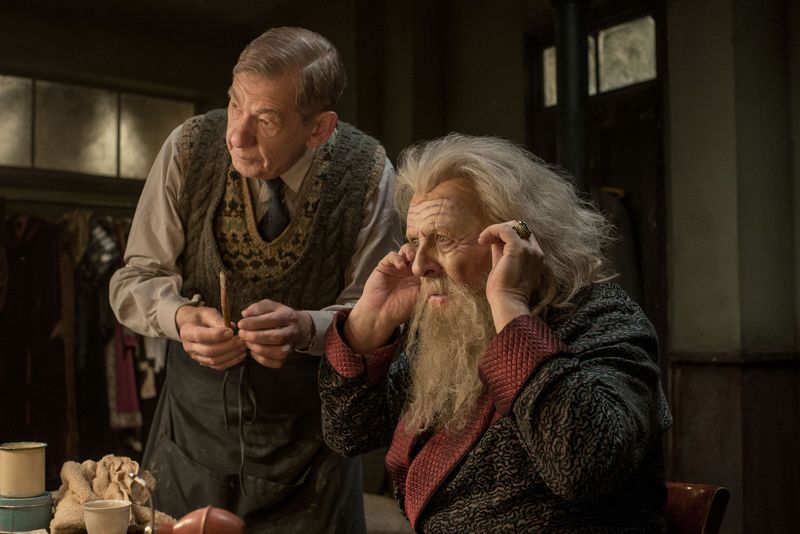 Image of Ian McKellen and Anthony Hopkins in The Dresser (2015) produced with permission of the BBC. Copyright @ BBC.

The Dresser (2015) is a theatrical story and dramatization which captures a vanished world. This world is brought to life in the screenplay and dramatic performances from the actors, both veterans of the theatrical world represented. The archives at the British Library are filled with such examples of great engaging plays and television plays and it is wonderful to see some of these being used a source for modern programming.

You can still catch The Dresser on BBC iPlayer. The Ronald Harwood Archive is available in the British Library reading rooms.

Posted by Joanna Norledge at 12:26 PM