The British Library is delighted to announce the acquisition of the personal archive of Kenneth Williams, including 42 personal diaries and approximately 2,000 letters spanning his entire life and career from the age of 18 until his death in 1988. The archive has been acquired by the British Library from Paul Richardson, Kenneth’s friend and neighbour, to whom he left his entire estate. 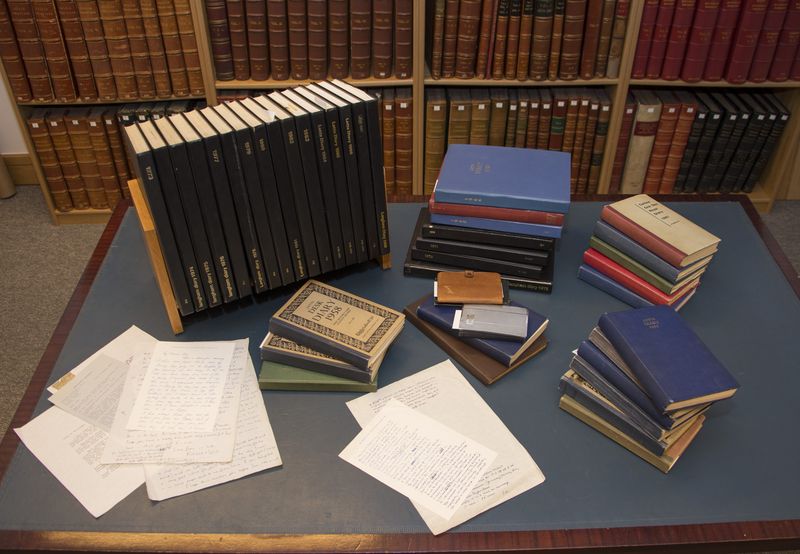 Kenneth Williams (1926-1988) was best-known as the star of the Carry On films, but he was also a raconteur of verve and charm, and appeared to substantial acclaim in a number of stage roles, from frothy revue to the black comedy of Joe Orton. He used the diaries he kept for more than 40 years as a half-serious threat to his friends (“You’ll be in my diary!” was a favourite saying whenever someone annoyed him), but kept the contents almost completely to himself. Despite a selection from the diaries published in the early 1990s, the vast majority of the diary entries remain unpublished and unseen.

The diaries span the period 1942 – 1988, with only one gap of four years at the beginning of the sequence. The run makes up approximately 4 million words altogether, and is unusual in its degree of comprehensiveness and regularity.  Williams wrote a page a day as a nearly unbroken ritual. In the pages of the diaries Williams is both instantly recognisable as the acerbic and maddeningly fastidious character well known to everyone, and, more surprisingly, as reflective and poignant, the private persona and increasingly skilled observer, revealed only in the confessional of the diary.

The diaries regularly refer to news and current affairs – below he records new about the famous trial of Jeremy Thorpe, the Liberal MP who, along with several co-defendants, was accused of the murder of Norman Scott, a would be male model who was allegedly blackmailing Thorpe on account of his homosexuality. The British Library also holds the political archive of Jeremy Thorpe.

June 22 1979: “On the news they announced that JEREMY THORPE had been acquitted!! So that lying crook Scott has not succeeded in his vindictive quest!! They were cheering Jeremy outside the Old Bailey, and he rather spoiled it by making a sanctimonious speech about JUSTICE etc. Whereas he should have just expressed satisfaction and breezed away!”

The archive also contains 3 boxes of personal correspondence, equating to approximately 2,000 letters as well as photographs, scripts, programmes and documents relating to Williams’ wartime service.  Correspondents include Peter Nichols, Joe Orton and Richard Burton. It is estimated that 85% of the newly-acquired archive is unpublished material never before seen by researchers.

The archive will be of huge interest to social historians of post war Britain, detailing the experience of a gay man both before and after the Wolfenden Report and the decriminalisation of homosexuality in 1968, alongside the mundane details of everyday life in London. The diaries and letters also record the actor’s experience of the dying days of the repertory theatre system and the growth of modern celebrity culture, something he seemed both to love and loathe. In the entry pictured below Williams was understudying Richard Burton as Trigorin in The Seagull. Despite the doubts William’s expresses in this extract, the run of The Seagull turned out to be a huge success, thanks to the performance of Burton. Williams contributed by fetching Burton drinks between acts. 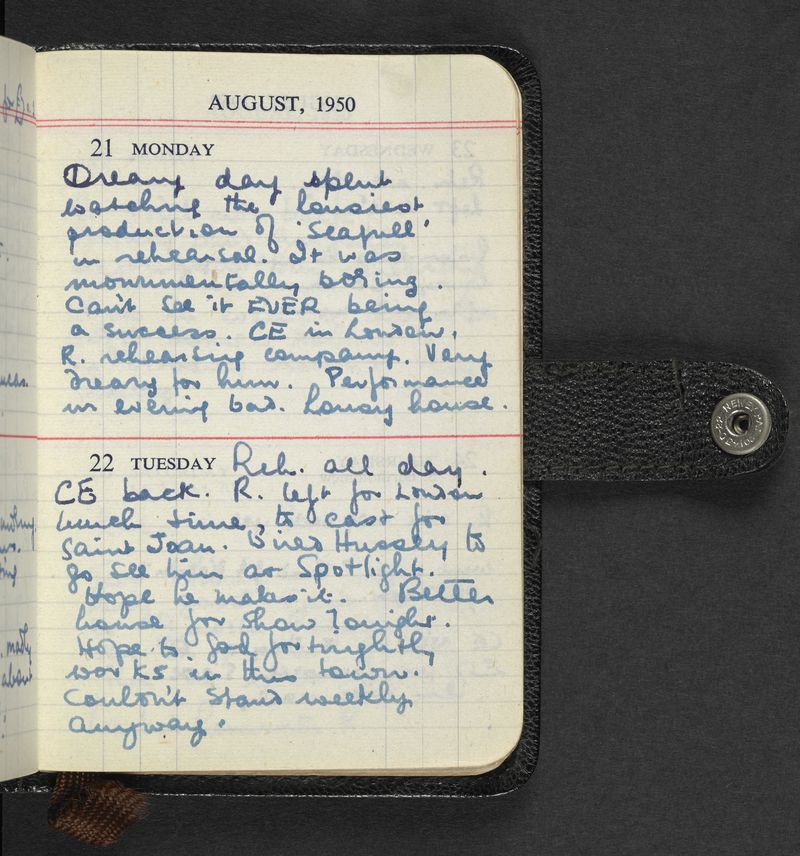 Material will be available to researchers in the Library’s Reading Rooms from March 2016. The 1950 edition of the diary, as well as a letter from the archive will be on display in the Library’s permanent exhibition space, the Sir John Ritblat Treasures Gallery, from next week onwards.

Posted by Joanna Norledge at 3:42 PM