Last week marked the date in 1992 when Angela Carter passed away. Her legacy of genre defying and boundry pushing written work survives her and continues to inspire writers, feminists and thinkers to this day. Here at the British Library we preserve her archival papers, including drafts relating to her fiction and non-fiction writing, and make them available to researchers.

Up until a few weeks before her death she was working on the second volume of The Virago Book of Fairy Tales. The anthology contains fairy tales and folk tales from a widely diverse range of cultures and countries. Some are versions of stories we know well, some are more obscure, some are simply bizarre. It is a collection in which you truly never know what will happen next and that makes you wonder if there really is a fairy tale ‘formula’. Certainly Carter herself seems to have taken the view that the fairy tale genre is designed to defy and stretch the imagination and the human experience, rather than contain it.

None of her works demonstrate this as well as her collection The Bloody Chamber and other short stories which included re-imaginings of traditional fairy tales. I took a closer look at the manuscript drafts for The Bloody Chamber (1975-1979), to see what the creation process of these tales could tell us about the inspiring quality of these stories.

In January Neil Gaiman referred to his experience of reading The Bloody Chamber, describing how Carter seemed to be saying to him “You see these fairy stories, these things that are sitting at the back of the nursery shelves? Actually, each one of them is loaded gun. Each of them is a bomb. Watch: if you turn it right it will blow up”.  It was an interview about his own latest fairy tale re-telling The Sleep and the Spindle. When asked about his favourite fairy tale character, he mentions that reading Carter drew him to Little Red Riding Hood.

Carter’s The Company of Wolves is a drastic re-telling of the story, her Little Red Hiding Hood is a brave, confident, sexually awakened girl. Looking at the annotated drafts in the Angela Carter Archive, we can see how she refined and sharpened some of these striking themes and images which captured Gaiman’s imagination. From the first pages the description of the wolf’s all important eyes is edited from “those twin chill fragments of green moonlight fixed upon the black thickets” to “those green, luminous terrible sequins sewn upon the black thickets”. The second version strengthens and clarifies the imagery. The edits in The Company of Wolves draft often heighten the tension, for example with the simple word edit where ’risk’ becomes ‘danger’ or  ‘vast’ becomes ‘infinite’. In the final draft Carter is clear what her themes are and her edits draw them out more explicitly, for example the addition of the line: “perhaps she was a little disappointed to see only her grandmother sitting beside the fire. But then he flung off the blanket”, inserted between the girl’s entry and the wolf blocking the door. Similarly “he obtained the kiss she owed him” becomes “she freely gave”, giving Carter’s main character the active role and free will along with it. 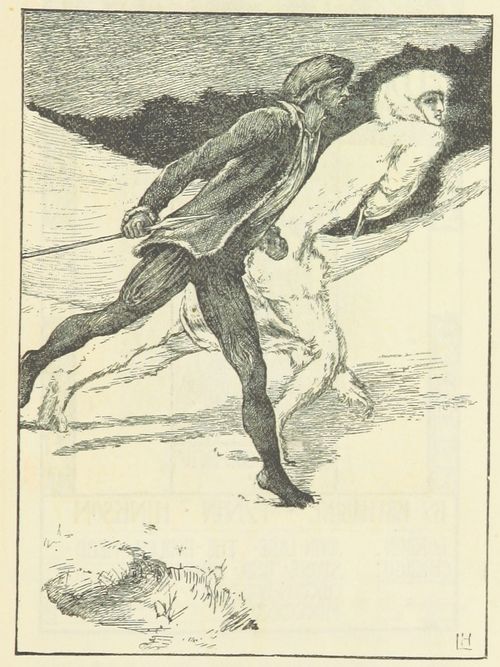 Carter was adept at combining the influences of several tales and creating a new ground-breaking story. She explores the themes and ideas that fascinated her in different stories. The wolf turns up again in ‘Wolf-Alice’ which contains themes from ‘Red Riding Hood’, Beauty and the Beast, and Lewis Carroll's Through the Looking Glass and What Alice Found There. The main character in this story is not named as ‘Wolf- Alice’ until she is looking in mirror “Moonlit and white, wolf-Alice looked at herself in the mirror and wondered whether there she saw the beast who came to bite her in the night”. Her animalistic nature is well described early in the story, once again the edits made in the draft show the sharpening of imagery. For example her physical description here: “the calloused pads of horn on her hands, knees and elbows are caused by her four footed habits” is amended to: “Her elbows, hands and knees are thickly calloused because she always runs on all fours”. The mirror and a white dress, which she stands on two feet to wear, are the means by which Wolf-Alice becomes aware of herself and realises the reflected image is her shadow. 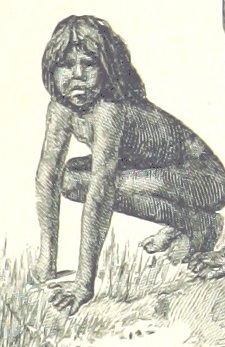 Image taken from page 93 of 'A history of the United States and its people, for the use of Schools by EGGLESTON, Edward. From BL Flickr, showing a child playing at being a wolf.

Fairy tales and their power to enchant us, are enduring and timeless, as Angela Carter was herself fully aware. In a letter to her publisher Virago (from the Virago Press Archive), regarding her first book of collected fairy tales, she writes: “HOW A HUSBAND WEANED HIS WIFE FROM FAIRY  TALES is the VERY LAST STORY IN THE BOOK, because it is an AWFUL WARNING.”

Later this year the next stage of Discovering Literature will launch, covering the 20th century and including writers such as Angela Carter, more details to follow.

Posted by Joanna Norledge at 4:32 PM