In Defence of Shakespeare: Tolstoy and Orwell

Shakespeare is almost universally respected among those writers who have followed him into the literary canon. However, as a recent European Studies blog post reminded readers, Tolstoy was one notable exception.

Towards the end of his life Tolstoy wrote an extremely harsh essay on Shakespeare entitled Shakespeare and the Drama, which was first published in English in 1907, in Tolstoy on Shakespeare, a small volume which, in addition to Tolstoy’s essay, includes Shakespeare and the Working Classes, an essay by Ernest Howard Crosby, author, fellow Georgist and friend of Tolstoy, as well as a letter from George Bernard Shaw to Tolstoy’s translator, which is somewhat more subdued in its criticism of the Bard. 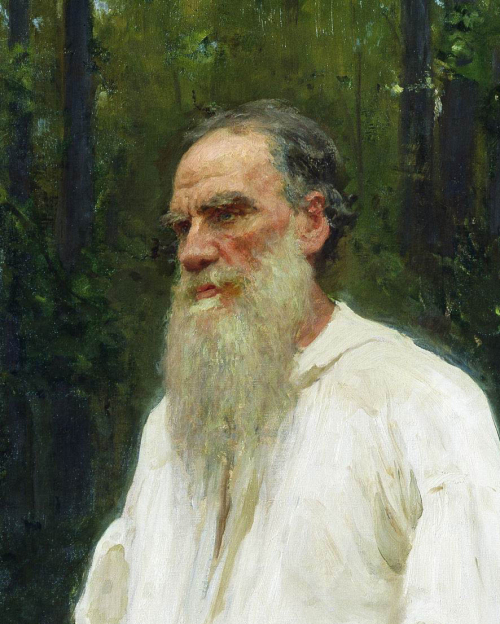 In Shakespeare and the Drama, Tolstoy writes that his various attempts to read Shakespeare’s plays – in Russian, English and German – invariably produced feelings of ‘repulsion, weariness and bewilderment’. Using King Lear as his example (the main body of the essay is a scene-by-scene criticism of the tragedy), Tolstoy argues that ‘[i]n Shakespeare everything is exaggerated: the actions are exaggerated, so are their consequences, the speeches of the characters are exaggerated, and therefore at every step the possibility of artistic impression is interfered with.’

At this stage of his life Tolstoy was a committed Christian anarchist, and many of his objections to Shakespeare’s universal popularity appear to derive from perceived moral shortcomings, both in Shakespeare’s works and in the works of those who admired him. In his essay Tolstoy suggests that the fundamental reason for Shakespeare’s fame, both in Shakespeare’s time and in Tolstoy’s, was that Shakespeare’s dramas ‘corresponded to the irreligious and immoral frame of mind of the upper classes of his time and ours’. In Tolstoy’s view, over the course of the 18th and 19th centuries, the exaggerated praise of Shakespeare’s dramas, sustained by an ‘unreasoning state of hypnotism’, allowed for the development of ‘a low, trivial understanding of the drama’, which resulted in the dramas of Tolstoy’s time (his own included, Tolstoy adds) being devoid of any spiritual substance. 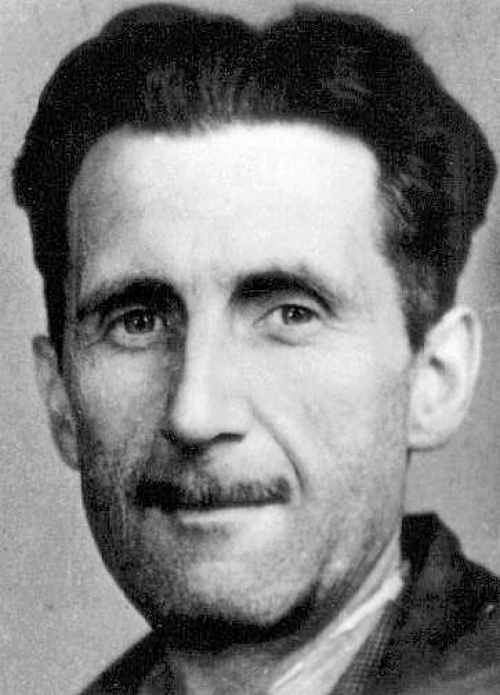 Some forty years later, an essay by George Orwell entitled Lear, Tolstoy and the Fool examined Shakespeare and the Drama and discussed the possible reasons behind Tolstoy’s hatred of Shakespeare. In his essay Orwell highlights the weaknesses in Tolstoy’s arguments (for instance, he refutes Tolstoy’s claim that no motive is given for King Lear’s abdication), and suggests that Tolstoy may have attacked King Lear in particular because its plot bore some resemblance to his own life (Tolstoy, like Lear, renounced his title and estate in old age). As Orwell points out, although Tolstoy could not have foreseen it, even the ending of his own life (he died in a small village railway station, after fleeing his family home in the middle of the night) can be seen as a kind of ‘phantom reminiscence’ of Lear. 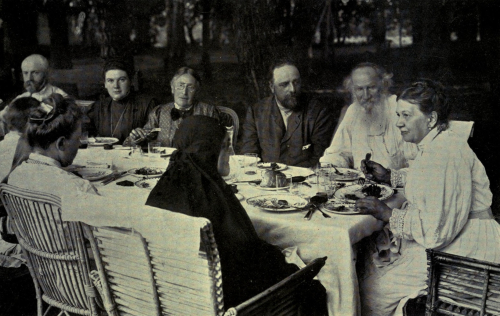 The family circle at Yasnaya Polyana, circa 1905

In Lear, Tolstoy and the Fool, Orwell regards Shakespeare’s works as having a predominantly humanist attitude, and suggests that this may be the main reason why the deeply religious Tolstoy could not appreciate them, nor understand why anyone else could. Moreover, Orwell argues that Tolstoy’s essay hardly deals with Shakespeare as a poet, and so fails to grasp the real reason for his enduring popularity (‘[h]is main hold on us is through language’).

In defence of Shakespeare, Orwell concludes that Tolstoy’s arguments are ultimately unanswerable since ‘[t]here is no argument by which one can defend a poem… [i]t defends itself by surviving, or it is indefensible.’ By this measure of literary merit Orwell finds Shakespeare, in answer to Tolstoy’s charges, to be ‘not guilty’.

A first edition of Tolstoy on Shakespeare is on display in the British Library’s exhibition, Shakespeare in Ten Acts, which runs until 6 September 2016.

Posted by Joanna Norledge at 12:06 PM