There are just two weeks left to see our exhibition Shakespeare in Ten Acts which must close on the 6th of September. If you haven’t yet got round to seeing it, here’s why you don’t want to miss out on what the TLS called a ‘dazzling show of shows’. 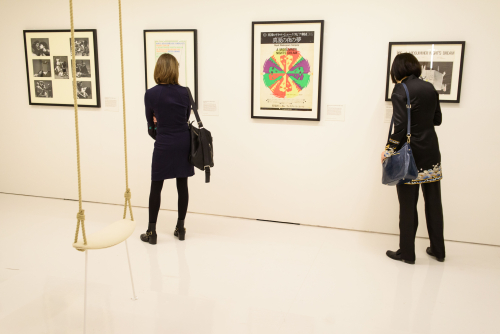 Many of the items on display won’t be seen again for a long time, so this could be your one chance to see the manuscript of Sir Thomas More, the only surviving play-script in Shakespeare’s hand, as well as the Library’s only Shakespeare signature. The fragile first quarto edition of Hamlet – one of only two copies in the world – is also on display giving you a rare opportunity to see this alternative version of the play, oddly different from the one we’re so familiar with. Oh, and there are a couple of First Folios on display too of course. 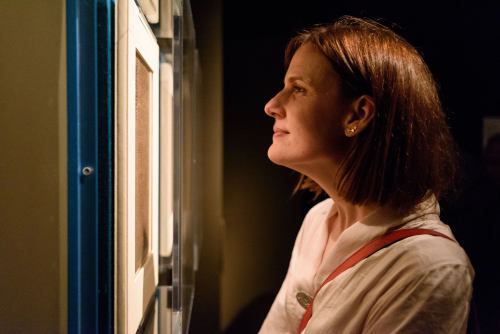 A rare opportunity to see the scene written by Shakespeare for the play Sir Thomas More. © Richard Eaton

The exhibition begins by telling the story of Shakespeare’s early career, with early printed books showing how he went from being regarded as an ‘upstart crow’ to ‘honey-tongued Shakespeare’ in a mere six years. The Library’s collections also give a glimpse into Shakespeare’s reputation outside of the professional sphere, with a diary from 1602 recording contemporary gossip about Shakespeare getting one over on his friend Richard Burbage by bedding an admirer of his and wittily proclaiming his triumph with the line ‘William the Conqueror came before Richard III’.

While Shakespeare’s changing reputation is a thread that runs through the whole exhibition, performance is its main theme and we lead off our Ten Acts by exploring the contexts in which Hamlet and The Tempest were first performed by Shakespeare’s company. Hamlet would have premiered in London at the recently built Globe theatre, which can be seen at the centre of Visscher’s famous two-metre-long panorama of London in the year 1600 which you really need to see in person to appreciate its scale and attention to detail (the heads of traitors mounted on spikes on the south side of London Bridge add a gruesome touch to the scene). Another favourite map from our collections sets the scene for The Tempest section by showing the site of what later became the Blackfriars Playhouse amidst some charming details of 16th century London life, from the tilt yard at Whitehall Palace to cattle paddling in the Thames. 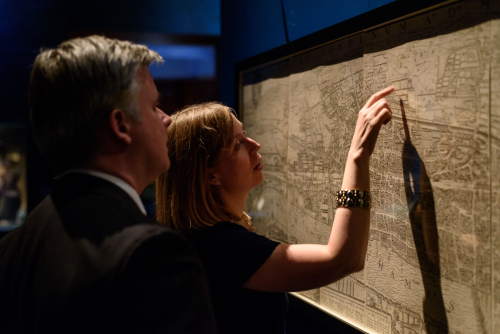 Researching the history of the Blackfriars Playhouse, where we believe The Tempest was performed around about 1610-11, was one of the most interesting aspects of the exhibition preparations. What emerged from my reading was an area of London that was a melting pot of Puritans and religious refugees, aristocrats and artisans. Of all the historic performances featured, I most wanted to transport myself back in time to this one. I like to imagine myself entering the narrow streets of Blackfriars, buying a feather to adorn my best theatre-going attire and joining the crowd climbing the winding staircase of the former monastery, following the strains of lute music to reach the candlelit chamber in which some of Shakespeare’s greatest plays were performed.

While this slightly later engraving of an indoor theatre (see below) gives an idea of what the Blackfriars may have looked like, other items in this section convey a sense of the theatre’s reputation as the destination of choice for the wealthy elite (Queen Henrietta Maria even attended plays there in the 1630s). You can also see the Privy Council’s copy of a petition against the opening of the theatre, on loan from The National Archives, which astonishingly lists the names of Shakespeare’s patron and his publisher as supporters of the cause. If part of what appeals about Shakespeare is the glamour and intrigue of the Jacobethan world, there are other treats in store that go beyond Shakespeare and his canon: the infamous accusations against Christopher Marlowe made by the spy Richard Baines shortly before Marlowe’s murder, theatre designs by Inigo Jones on loan from the Devonshire collection at Chatsworth, and Ben Jonson’s presentation copy of ‘The Masque of Queens’, written out in his best handwriting as a gift for James I following its performance at court in 1609.

Meanwhile, the practical business of staging plays in Shakespeare’s time is perhaps most powerfully confronted when you see a ‘stage plot’ which once hung backstage to remind Richard Burbage and his fellow cast members when to make their entrances. There are only six surviving documents like this in the world and the plot for The Dead Man’s Fortune is the best preserved example. Or you might prefer the cannonball on loan from the Museum of London which was dug up in the excavations of the Rose Theatre and may once have been used to create thunder sound effects.

The rest of the exhibition goes beyond Shakespeare’s own time to look at how his plays have been re-interpreted by subsequent generations. You can see how Shakespeare’s works have been reinvented by the likes of genius theatre director Peter Brook, cult film-maker Derek Jarman and composer of West Side Story, Leonard Bernstein. There are stunning costumes born from the imaginations of Jenny Tiramani, Oliver Messel, Sally Jacobs and London College of Fashion. The work of numerous visual artists is represented including François Boitard’s contributions to the earliest illustrated edition of Shakespeare, the enchanting engravings produced from the Boydell Shakespeare Gallery, and a video of Davy and Kristin McGuire’s Ophelia’s Ghost. 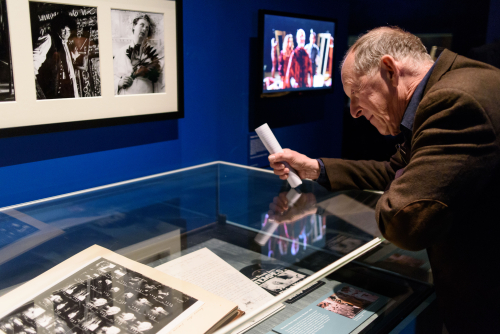 Looking at film adaptations of The Tempest by Derek Jarman and Peter Greenaway. © Richard Eaton

There’s also a strong social history aspect to the exhibition, with two ‘Acts’ that explore widening participation in Shakespeare through the years with women taking to the professional stage in 1660 and the first British performance by the black Shakespearean actor Ira Aldridge in 1825. Some of my favourite items from these sections include the trinkets depicting gutsy 17th century actresses Dora Jordan and George Anne Bellamy (on loan from the Folger Shakespeare Library), the beautiful and hilarious playbills from our 200,000 strong collection, and James Northcote’s painting of Othello, identified as a portrait of Ira Aldridge in the 1980s (on loan from Manchester City Art Galleries). 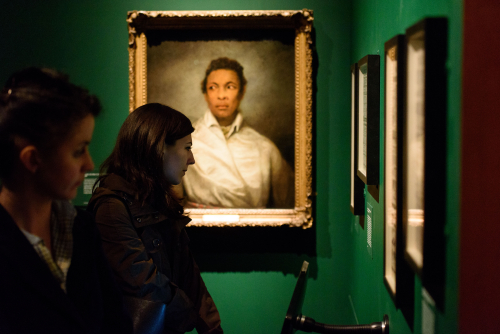 There is all this to see plus film and video clips of performances and interviews with leading Shakespearean actors Simon Russell Beale, Samuel West, Harriet Walter, Maxine Peake, Hugh Quarshie and Sara Kestelman. While you’re there, look out for some of the quirky oddities we’ve planted here and there: a morris-dancing stunt, a play-writing pig, Shakespeare forgeries and the skull that Sarah Bernhardt used when she played Hamlet in 1899. Come prepared for a couple of hours packed with things to see and listen to, and be warned that it’s somewhat chilly in the gallery to protect the items so don’t forget your cardigan - or make like this Blackfriars play-goer, get yourself a new cloak, throw it closer about your shoulders and enjoy the show. 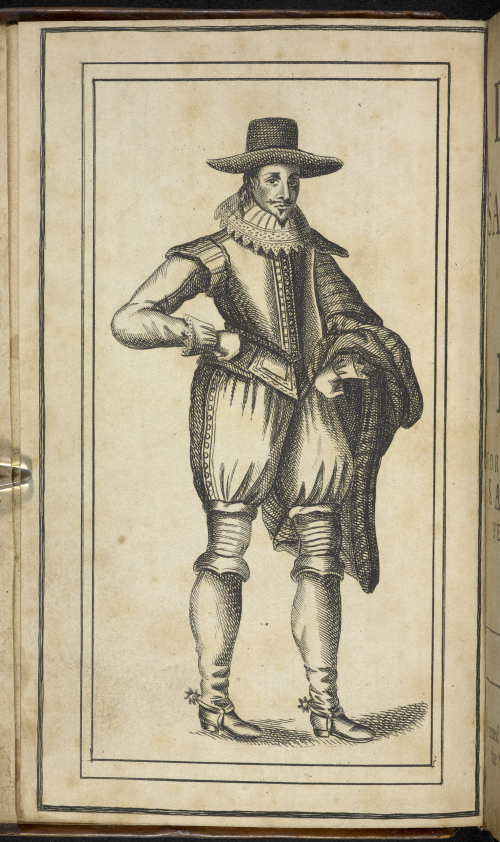 Shakespeare in Ten Acts runs until the 6th of September and tickets can be booked online via the British Library Box Office.