Melvin Burgess: Censorship and the Author

by guest blogger, young adult and children's author Melvin Burgess, in anticipation of Banned Books Weeks (25th September-1st October 2016) which kicks off with Censorship and the author at the British Library on 22nd September, at which writers Melvin Burgess and Matt Carr will discuss censorship with Jo Glanville. 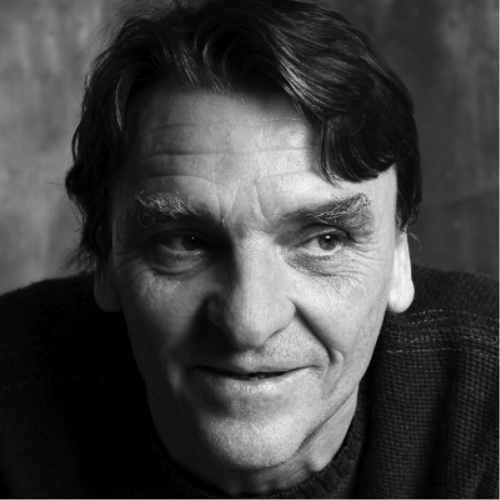 Written matter is, in fact, the only media in which any serious issues can be seriously explored in a fictional way for people under the age of eighteen. Film, for instance, is strictly censored according to age – we're all familiar with the age rating for films in the cinema. At first sight, this might appear not to matter, since anyone can actually get to see anything via the internet; but if you look at provision rather than access, you get a very different picture. When my book Junk first came out, a number of production companies wanted to make a movie based on the book, but they very quickly realised they couldn't because “the audience for whom it's intended won't be allowed in the cinema.” Funding was impossible, and the project was dropped. Junk later appeared in a castrated version on BBC education.

That remains the case to this day. TV is the same. Access, although technically very limited, is in fact almost unlimited. Provision on the other hand is almost non-existent..

Censorship of provision is well and away the most successful way of going about the job of restricting what people get to see or hear but it does have some other unfortunate side effects. In the case of film anyone over the age of about twelve, can get to see things, many of them highly inappropriate, that they technically shouldn't. Meanwhile, the kinds of material they actually should be getting, but which some adults would still feel uncomfortable with, simply doesn't exist at all.

This isn't particular to the UK, either. It is in fact, global. In every continent in which visual material for film or TV is made, serious content for teenagers is effectively stifled at birth by the censorship of age. It appears at first glance to be a matter of simple negligence, censorship by accident, almost; but something that happens with such uniformity on such a global scale is obviously nothing of the kind. That doesn't mean it's done on purpose of course, but it does say a great deal about our attitudes to teenagers that the provision of visual imaginative material for them is restricted to the anodyne on such a universal level.

Books and other written material such as graphic novels and comics are uncensored for age. The importance of written fictional material for teenagers can be measured exactly by the degree of absence of fictions for them in other media. It is of the very first degree of importance.

Censorship of books does occur, however, at a much more local level. I remember very well the librarian who kept my books in a locked cupboard at the back of the library, so that no innocent youngster could inadvertently come across them, and suffer god only knows what forms of psychic shock or corruption. That's an extreme example, but that librarian was acting in the manner in which censorship against books does occur; by the system of gatekeepers. I'm referring to those people who are in a position to control or regulate books to young people; librarians, teachers, bookseller managers, parents – in other words, the very people whose job it is to encourage reading are the ones who also take it upon themselves to limit it.

It goes without saying, but even so I feel I have to say it, that this is not a role all of them relish.

A great deal of this actually happens in the school library, where the kind of material that older teenagers in particular like to read, is by no means always considered suitable for them. When I began writing, schools were still the main source of sales for children's books and to this day, publishers are concerned not to put anything out there that might fall foul of the kind of “standards” that schools require. All too often, such standards, purporting to be some kind of moral stewardship, actually revolve more around the the kind of stories the local press might summon up if they found people under the age of fourteen had access to books with such horrors as drugs, breasts or sexual activity of any kind.  There is in every class at least one unfortunate child with a mad parent, and if the school's senior management is more concerned with public image than developing young minds, that one person can completely define what kind of reading matter every child in the school has access to. In such schools, many readers will tend to ignore the library almost as much as non readers. It's a vicious circle.

Junk of course, and Doing It, were often kept by thoughtful librarians in brown paper wrappers under the desk, to be handed to chosen, suitably mature students, who weren't always he ones who would benefit from them the most. But I can also think of many examples not by any means connected with my more controversial books. One teacher told me how, when reading a passage from my very first book, The Cry of the Wolf, to a group of parents, one mother rose quaking with horror that something so violent (the wolves got shot in a suitably bloody fashion) was available in an institution of education. As a result, not just that one, but all my books were taken off the school shelves.

Violence, however, is one of the rarer targets for the banning of books. The usual one is sex – very handy when everyone over the age of thirteen is fascinated by it – and second is religion. I don't tend to write religious books, but back in the day I did write a book called Burning Issy, which showed witches persecuted by the Church in the 17th C. This book caused me to be dis-invited to a very posh school, on the grounds of “we do not feel the parents of our students would want them to be introduced to this sort of thing.” I was puzzled by what “this sort of thing” might be, but my enquiries yielded no further answers. My guess, though, is that someone somewhere out there, actually believed I was acting as a propagandist for Mr Satan.

Other gatekeepers can include book sellers. Those who remember the book shop Borders from a few years ago, may be surprised to hear that at least one store didn't stock my books, after receiving one solitary complaint.

Of course all this occurs alongside a great deal of support, and stems from an issue which begins life as something quite reasonable. Content, of course, is an issue that all parents will be concerned about.The real issue here isn't about whether we want to allow unrestricted access to children of any age whatsoever; we have allowed them that already (so long as we're not in the room at the time.) It's more about the disconnect between the kinds of material young people want to engage in, (and that we passively allow them to engage with), and the kind of material that we as adults want to present them with. It's a bit like teaching someone to swim in the bath, and then turning your back while they rush out and splash in around in a fast flowing river.

What are we scared of, I wonder? Finding out what they really think? It's all very hypocritical on the face of it, but presumably such a universal system serves some kind of purpose. Perhaps its something to do with permission. All over the world, adults passively encourage teenagers to breech the rules that we ourselves have put into place. I wonder if we rather like the idea that they transgress – that it is in fact a necessary right of passage. In that case, the  rules are more like the governor on a lorry, rather than the actual brakes. Even so, it's a pretty abyssal way of doing it, that leaves people at a time in their lives when they are changing so much, risk taking so actively, and trying to get to terms with an ever more complex and rapidly changing world, without the imaginative structures that might help them negotiate it.

The most moving and enthusiastic, as well as the most common emails and letters I've had from teenagers speak of the sheer relief and joy they've had at finding something that seems to actually reflect what's going on in their own heads in an honest and authentic fashion.

YA is barely twenty years old, and it remains the only form in which the contradictions I've spoken about are ever reconciled. Already it's become fashionable to knock it and to dismiss it's existence as a form, even among the people who actually write the stuff – driven, perhaps, by the urge to widen their readership among adults. Every publisher and every writer wants their work to be crossover, rather than pure YA as such. It would be a tragedy if it ever got genuinely taken over by middle aged wannabe youths, looking for nostalgia. At its best it is for teenagers, about being a teenager, and its disheartening to see grown ups trying to hi jack it for themselves.  If they succeed, we'd be talking about banned genres, rather than just books and that old biblical saying – To those that have not, even that which they have shall be taken from them – will yet again have proven its  worth.

Posted by Joanna Norledge at 9:34 AM