The Library has recently received the first 3 issues of Swimmers bimonthly pamphlet series. These will be available in our Reading Rooms later this year. In this guest post, the editorial team at Swimmers, explain more about the group and the series, and how to find out about future events and publications.

Swimmers publishes a limited-run bimonthly pamphlet series. The pamphlets combine creative and non-fiction written work, alongside artwork in various forms, created by established, emergent, and new writers and artists. To mark the publication of each pamphlet, Swimmers runs an events series—frequently hosted at The Function Room in Somers Town—where artwork exhibits provide a backdrop for poetry, fiction, and script readings and performances.

Swimmers was founded in 2013 in collaboration with arts association STORE. STORE is composed of an educational programme of arts and architecture courses, wide-ranging public exhibitions, and a socially engaged design practice: through this nexus, STORE has created projects and events beneficial to local communities, such as the Summer School in Gillett Square. STORE and Swimmers’ shared ethos and interest in the city space made for an ideal collaborative partnership, through which an initial series of readings, screenings, and performances were hosted in a derelict space in Bloomsbury, where STORE/Swimmers built a library and cinema. Contributors to Swimmers events, and to an anthology-style publication produced in response to the series, included (among many others): Sarah Howe, Maureen McLane, Amy Blakemore, Will Self, Richard Wentworth and Christopher Reid. 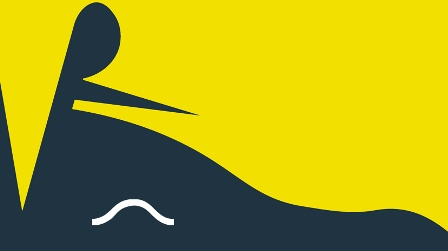 In 2014, the Bloomsbury space was regrettably claimed by property developers. Shortly afterwards, Swimmers dived underground, occasionally resurfacing to host one-off events in collaboration with STORE at a variety of venues across London—such as Taste and Poetry and Architecture.

In March 2016, Swimmers received ACE funding to help launch the pamphlet series. Issue One featured an essay on race and poetry in the UK by Kayo Chingonyi, alongside new poems by André Naffis-Sahely and photo-printed artwork by Ned Scott. Issue Two featured a fragmentary essay on translation and fan-fiction by Sophie Collins, new poems by Caitlin Newby—ancient hymns to the Mayan goddess Inanna, taken from the cuneiform and put through translation software—and A3 prints by Luke Burton. In the current issue, Matthew Gregory explores the phenomenology of the piazza, Richard Scott takes inspiration from Bellini, and Tamsin Snow renders an autopsy table. Issue 4, released later this month, will feature new written work from Daisy LaFarge and Anne Boyer.

Swimmers wants to celebrate the physical, tactile object, to inspire communication between readers, and to allow the written word to enjoy the single-event status often reserved for visual artwork. Swimmers also distributes the pamphlets for free, so that the pamphlets are not restricted to an economically-privileged readership. To achieve all this, Swimmers utilises an experimental distribution model; on subscribing to the mailing list at swimmers.london (or emailing direct at mailinglist@swimmers.london), you will be notified as to when an online sign-up sheet will go live. The first 30 people to sign-up receive a copy—through the post or hand-delivered—for free. In order to widen this readership, a copy of each issue will be accessible to the public at the British Library Reading Rooms. Select content from each issue will also be downloadable as a PDF from swimmers.london, one month after that issue is distributed.

While The Function Room undergoes refurbishment, the next Swimmers event will be held at 7.00pm on Thursday 29th September, The New Evaristo Club, 57 Greek Street, London W1D 3DX. Readings from Emily Berry, Daisy LaFarge, and special guests. Entry is free.

Posted by Joanna Norledge at 9:20 AM