The Monk, the Bible and obscenity

Samuel Pepys wrote in his diary on Sunday, 9th February 1667/8 that he was ‘up, and at my chamber all the morning and the office doing business, and also reading a little of L’escholle des filles, which is a mighty lewd book, but yet not amiss for a sober man once to read over to inform himself in the villainy of the world.’ This does seem a bit like a convenient excuse to read smut on a Sunday, but it’s entirely typical of the view of the establishment for a huge part of modern British history.

Until well into the 20th century, it has been the case that a privileged few have been considered exempt from any need for a protective censorship. Historically there have been libraries of banned books in the Houses of Parliament (for the use of members only) and in the Vatican, as well as in the British Library itself, which for part of its past history maintained a ‘Private Case’ – books which weren’t entered on the public catalogue, and for which readers had to make a special application. It was a fundamental that the censorship of books was in order to protect certain demographics – the poor, or women and children – who were not seen as intelligent or educated enough to read them without personal damage.

Mostly today we think of historic censorship being to prevent civil unrest by banning books that could incite a riot, or to prevent the corruption of morals – such as the belief that reading romances could make women behave like this (from a long poem, The Age Reviewed, written by Robert Montgomery in 1827):

Matthew Lewis’ 1796 gothic novel The Monk proved particularly controversial – as a novel, many considered the core readership to be women, and the book contained graphic depictions of sexual desire. In our Terror and Wonder: the Gothic Imagination exhibition a couple of years ago, we displayed this print by Charles Williams depicting what reading The Monk might incite a lady to do. 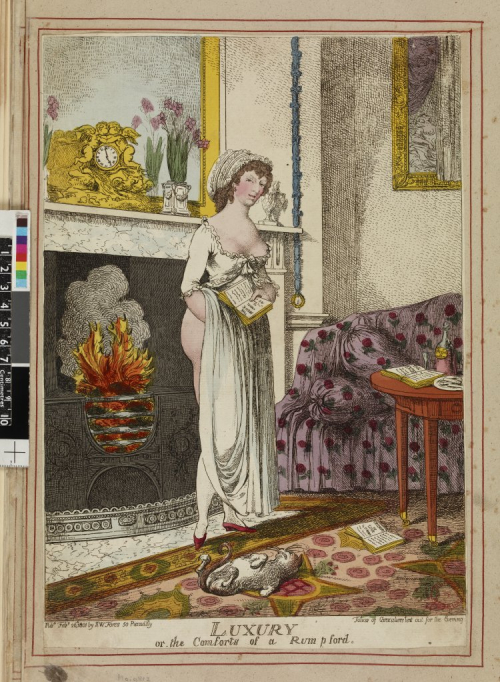 A Lady reading The Monk by Charles Williams

However what’s maybe a little less well-known about the novel is that it also caused controversy because it included the following passage about the Bible:

‘That prudent mother, while she admired the beauties of the sacred writings, was convinced that, unrestricted, no reading more improper could be permitted a young woman. Many of the narratives can only tend to excite ideas the worst calculated for a female breast: everything is called plainly and roundly by its name; and the annals of a brothel would scarcely furnish a greater choice of indecent expressions... [it] but too frequently inculates the first rudiments of vice, and gives the first alarm to the still sleeping passions.’

The idea that the Bible itself was a transmitter of vice into the minds of the young and impressionable was incredibly scandalous and was one of the reasons why Lewis was eventually forced to self-censor his work for the 4th edition. 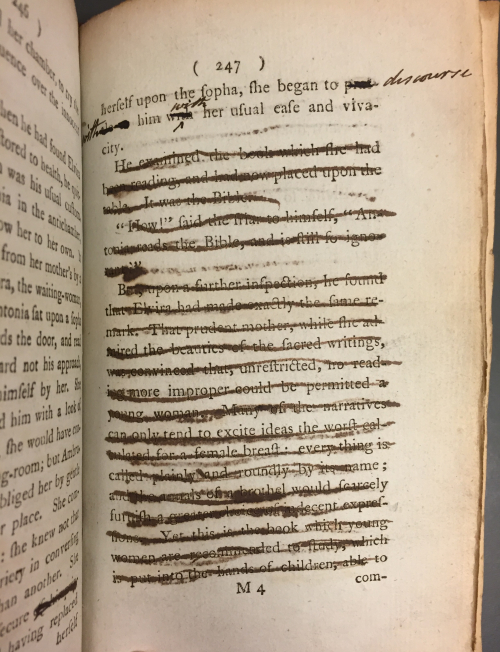 However, Lewis wasn’t the only person to make this suggestion. In 1822, a man called Humphrey Boyle was prosecuted for having called the Bible an obscene book. His defence at the trial consisted of him delivering an impassioned speech condemning various passages of the Bible, and then announcing, much to everyone’s surprise, “Gentlemen, the first extract I shall read to you is the story of Lot and his daughters.” Although Boyle was eventually found guilty and sentenced to prison for 18 months, it was maybe an exoneration of sorts that when he began to read from the Bible at trial, the counsel for the prosecution sent all the women and children out of the room.

This blog is part of series for Banned Books Week 2016. See also Melvin Burgess’s blog on Censorship and the author  and curator Christian Algar's post on Boccaccio's Il Decamerone.