On 9 September, the British Library hosted a workshop and discussion on zines – limited-circulation, often homemade publications dealing with relatively niche or unusual topics. The Library has a wide-ranging collection of these materials, dating from the early 1970s onwards, and one of the highlights of the workshop for me was the opportunity to hear about the variety and breadth of the research prompted by different kinds of zines.

We were delighted to bring together a group of researchers, academics and colleagues from within the Library over the course of the afternoon, to talk about how zines have featured in their work and writing. Over two short sessions we moved from the 1950s to the present day, from France to Manchester via the USA, and from punk music to radical politics and literary counter-cultures. 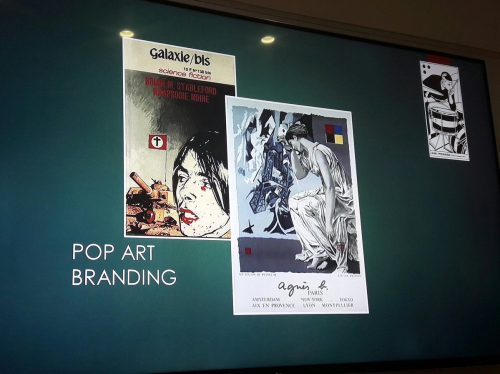 In the first session, Rebecca Claire-Binns of UCL described Gee Vaucher’s design and zine aesthetic and its relationship to anarcho-punk, and especially to Crass; the University of Sussex’s Dr Chris Warne gave a different geographical perspective by analysing the influence of punk design practices on the French art collective Bazooka during their stint working with the leftist Libération newspaper; and Dr Jackie Batey showcased the University of Portsmouth’s Zineopolis collection of art zines, suggesting possible avenues for research within this archive and showing some of her own work connecting these zines to contemporary issues of mental health. 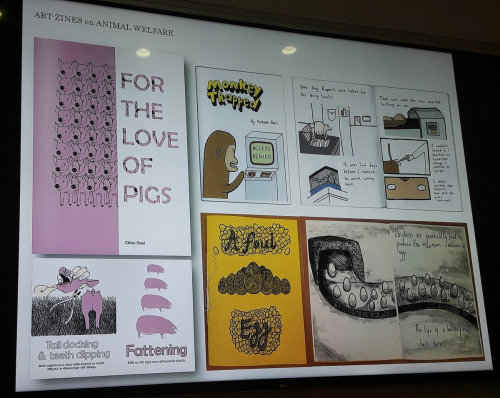 Despite the apparent disparity of these topics, they brought together a group of really interesting ideas on the relationship between politics and aesthetics, and on how currents of design take shape across time.

In the second session, Professor Bill Osgerby of London Metropolitan University looked at some very early precursors of zines, from the literary counter-culture of the 1950s to biker zines from the 1960s. He also linked the development of zines as a form to technological shifts. The availability of relatively cheap photocopying from the 1970s onwards is a particularly important factor. 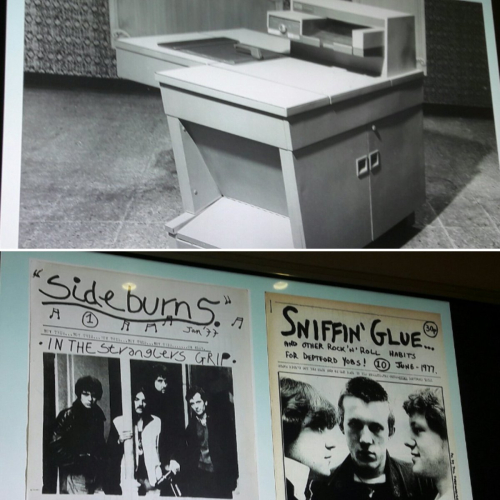 Bill was followed by Dr David Wilkinson from Manchester Metropolitan University on how zines, especially City Fun, helped him chart the evolution of post-punk as a subculture in Manchester. This research contributed to his new book. I concluded by looking at some Northern Irish punk zines and the insight they give into aspects of everyday life in Ulster in the 1970s, particularly into boredom as described (and perhaps exaggerated) by the young people writing in the zines.

This session highlighted, again, the geographic diversity of zines. It also suggested various different ways of reading them as sources – through their relationship with technology, but also as routes into a particular historic understanding of emotion and of cities. We rounded off the evening with a trip to the final event of the Library’s Punk 1976-78 exhibition, Punky Reggae Party: The Story of Rock Against Racism.

Posted by Joanna Norledge at 3:54 PM