A few ways through the window: welcoming Ken Campbell’s work to the British Library 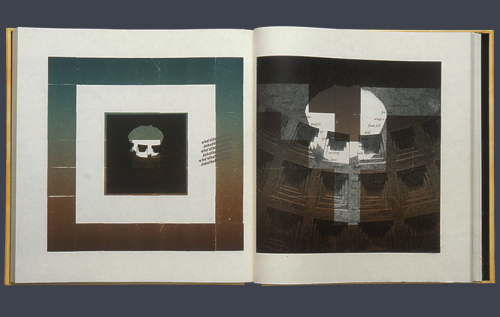 I was first in touch with Ken Campbell at the end of the millennium. I can’t now remember the circumstances of our introduction but it was probably through the art librarian Stephen Bury when he was a colleague here, or via the artist Ronald King, who I had been recently working with in my semi-secret life as a poet.

I don’t think we’d actually met until 2004, when I went over to the east end to see Ken at his home, just beyond Brick Lane. We then visited a separate studio space, a short walk away.

Looking back, that morning seems altogether a perfect window into Ken Campbell’s artistry, its darknesses and its considerable areas of light. Impressions include the metallic traffic of Bethnal Green, particulates in the air – Ken’s books don’t dodge politics at the level of the industrialisation of the individual – the rich, argued-over layers of Brick Lane’s history. And then that crossing from the main road near Ken’s home into a vital backstreet. You stepped past pools of blood from halal meat, witnessing scuffed grey-silver shutters half-closed, half-open, all-hours business of some kind or another, openings and closings. Finally, as you walked, Ken was himself telling the stories of the poems and ideas and the making of his books.

That thick blood on the ground, moving at the speed of deliberation, and the strong working frames for those shutters– for a door, for a window the length of a building – these contrasting images, these sensations, rise to the surface of my mind when I think about Ken Campbell’s books. 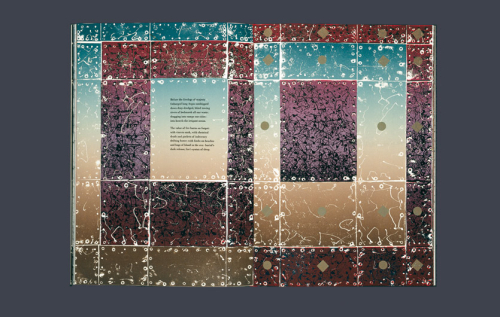 Kinds of argument and kinds of agreement - collision, scrap, conversation, conference, colloquium, tango – all kinds of interlocution are central to Ken Campbell’s books. He forces the hard components of printing to meet the soft ones, ink layered to a viscosity. Ken Campbell’s books are forensics in reverse, a crime scene de-enactment, with elegy and so love at their heart.

Another part of this is Campbell’s probing of limits. Erasure, superimposition, borders, a window / a black mirror / a printer’s forme / an enclosed garden; fire grate; the aperture of a camera, aperture of the eye; the case-hardened skull; the simple Pantheon, the complicated window frame. His work is always a tribute to, because a transgression of, defining restraints. 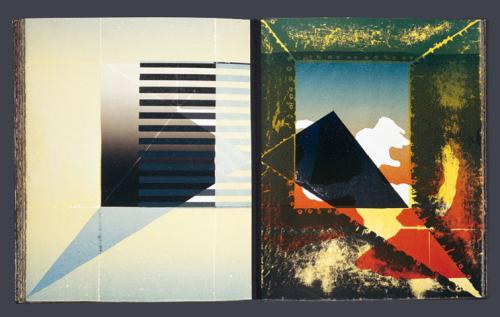 And these are very visceral books. At first they can seem austere, ‘pure’, but it soon dawns on the reader how hybrid and fluid – technically and thematically – they are, and of course how the books flow into each other.

For researchers and other pleasure-seekers at the British Library they will be the focus of hours and hours of immersion, of discussion, of I hope a kind of readerly joy.

They are perfect for us in so many ways. One is to do with their embodiment of an intensely self-reflexive book art – these are books which press a range of traditional printing methods up against modern ones, sometimes to destruction (warped zinc plates), but always physically, a material sub-text in each. Here are printerly zones where the physicality of letter press meets the surface sophistication of contemporary laser printing -- layering and replying to each other. In a way, centuries of book history are made metaphorical in Ken’s work. 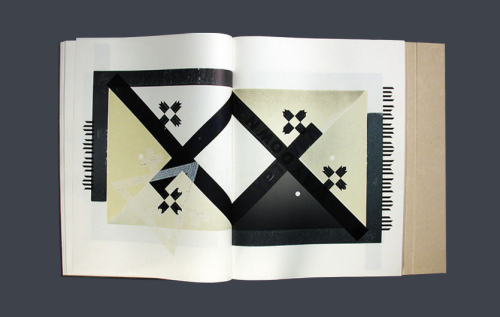 The voice of the prophet, of a driven messenger, a voice which I believe is strong in Ken’s poetry, is in one of the earliest traditions of the artist’s book – The Lindisfarne Gospels, Blake’s poems, are testament – and I stress testament – to an urgency of creativity within the English artist’s book tradition.

Ken’s big, sculptural books and their compelling texts are the sort of events in space that this muscular part of the tradition recognises, delicate though they also are, and of course the British Library is a very good place to ground yourself in the tap-root tradition of artist’s books in these islands.

Even so, I don’t want to limit Ken’s work to the artist’s book tradition, or even to book history. Artist’s books are seldom ‘just’ about art or books and that’s the same for Ken Campbell’s work. Look here for the resonances of an old old Sanskrit song of the horse, of a fire god, of Halley’s comet from tapestry to our contemporary times; of Rodchenko as creator and, under extreme duress, censor; of Gaelic psalms of exile; British military history, British shipping history, Judaica, black flag anarchy, Shiva, show trials and trick photography, native American narrative and moving personal testimony. Ken Campbell’s books brim with the riches and questions of culture, of civilisation. In so being they are a perfect addition to a Library whose mission is to be a question-mark resonator, to safeguard information and text-based creativity in the cause of thought-provocation and particular kinds of book-related pleasure, particular kinds of reflection and even joy.

Posted by Joanna Norledge at 10:55 AM