Busting the Myths of Music Hall

Teaching a British Library Adult Learning course is an absolute joy. This new range of courses brings together Library experts and guest specialists to offer unique learning experiences, using the Library’s rare collections for inspiration. I was invited to design a six-week course to support Victorian Entertainments: There Will Be Fun, a free exhibition showcasing the Library’s Evanion Collection – a unique archive of the ephemera of Music Hall magician Henry Evans, acquired by the Library and rarely seen by the public. 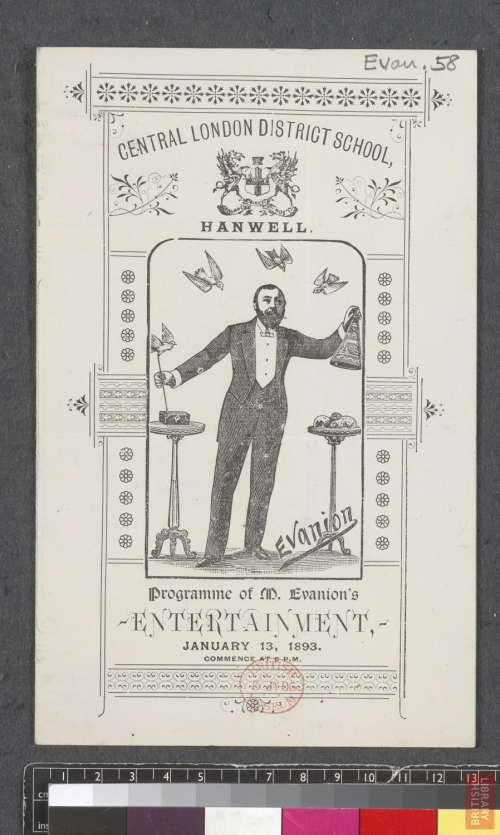 I started my academic life as a Music Hall Historian. It’s a well-known part of our cultural history, a genre of entertainment we instantly recognise but actually know very little about. For many people, music hall is a sterotype, infantile, full of mother-in-law jokes and something that should never be considered ‘art’. And this misconception is why I chose to focus on the reality of Music Hall, and not out cultural memory of it, with my course Behind The Myth Of Music Hall. Each week we took a Music Hall myth – from the working class identity, to the role of women – and blew it apart. Did you know that Dickens loved the Music Hall? That women owned and ran music halls across the country; that Kitty Marion, one of our most dangerous suffragettes, was committing arson attacks on MP’s houses in-between on-stage appearances? And that the language of the songs, far from being ‘Knee’s Up Mother Brown’ was witty, clever, and occasionally stolen from the poetry of the greats like Byron or Keats. And above all, Music halls educated their audience about personal rights and situation through topical songs. Music halls kept their audience informed of parliamentary bills, changes in the geographical landscape of London, political intrigues, as well as domestic relationships and trials.

By the latter half of the 19th century, there were over 300 music halls licensed in London alone. Syndicated groups began to appear, opening music halls in towns and resorts across the country, and later the world. The Evanion Collection reflects the huge breadth and depth of acts, performers, and locations across the country as well as Music Hall’s influence over the tastes and ideas of their audience. National stars were created, Marie Lloyd, Leona Dare and Dan Leno packed houses to the roof night after night, and all caught Henry Evans’s eye. 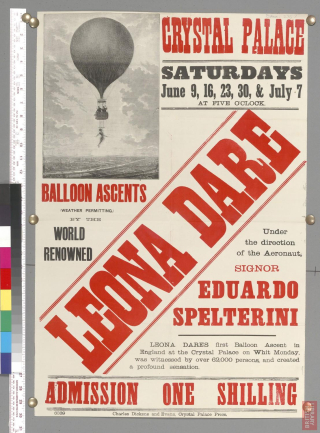 Poster with an illustration of Leona Dare's balloon ascent, Copyright © The British Library Board

From 1852 Music Hall gained a reputation for showcasing something different, something special, and something new. It was a marvel to behold: opulent ceilings, chandeliers, expensive carpets. The middle classes were shocked: why were music hall impresarios going to such expense just to provide entertainment to the masses? Elegant designs and exteriors belonged to those who could afford to have them at home, not just to be visited for pleasure. But this is where the very core of the entire music hall industry ideal exists. It was a world of fantasy; it attempted to create perfection and sold it to the people who would never have enough money to obtain it. It was the modern day celebrity gossip magazine and reality TV star world rolled into one, and appearing twice nightly just down your road.

The Canterbury Music Hall was the first of these, opening in 1852, and then again in 1856, after a significant rebuild to increase seating capacity. Morton built this hall at 143 Westminster Bridge Road, and it signalled the new style of entertainment, specifically for the working classes, in the heart of the city of London. When the cost of Charles Morton's carpet in the Canterbury was revealed to be over a thousand pounds, he was met with derision and disbelief that he would waste such expense on those who were unable to appreciate it. Morton met his detractors with defiance, his manager, William Holland invited them ‘to come and spit on it’ [Busby, Roy, British music hall: An illustrated who's who from 1850 to the present day (Michigan, 1976), 12.]. 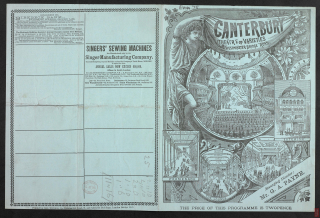 Canterbury Theatre of Varieties, theatre programme, 1888, © The British Library Board

Historians have argued that the music halls were the first commercial mass entertainment to appear in Britain, they appealed to everyone. In a world that we see as often only operating along strict class and gender divides, the music halls were a place that drew in men and women, old and young, from all walks of life. In the last week of my course, Helen Peden, the British Library’s Curator of Printed Heritage Collections 1601-1900, joined us and brought with her a mesmerizing selection of posters, playbills and other ephemera from the Evanion Collection, which we displayed on tables across two rooms. The joy of seeing students connect to original source material is unparalleled, and by the end of six weeks, my passionate group of historical myth busters set off to explore the rest of the Library’s collections. I can’t wait to see what they find. 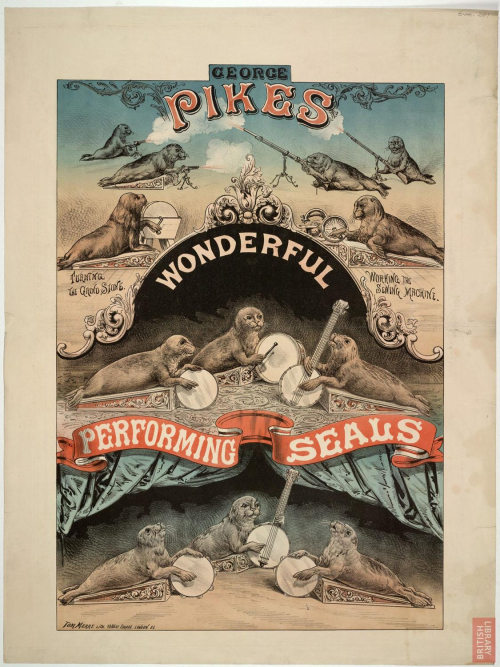 For more information on adult courses at the Library, visit www.bl.uk/courses. The exhibition There Will Be Fun is open until 12th March 2017.

Posted by Joanna Norledge at 3:53 PM