Jane Austen Among Family and Friends

This year marks the bicentenary of the death of one of our most-loved writers, Jane Austen. To mark this anniversary, we have brought together writings from Austen’s formative teenage years for the first time in 40 years, from the British Library and Bodleian Library collections, plus family letters and memorabilia as part of a temporary display in our free Sir John Ritblat Treasures Gallery. Austen’s treasured notebooks contain stories and poems she wrote to entertain her family and close friends and are accompanied by other items showing her strong family and social networks. Together these items illuminate the personal family life of this towering literary figure. 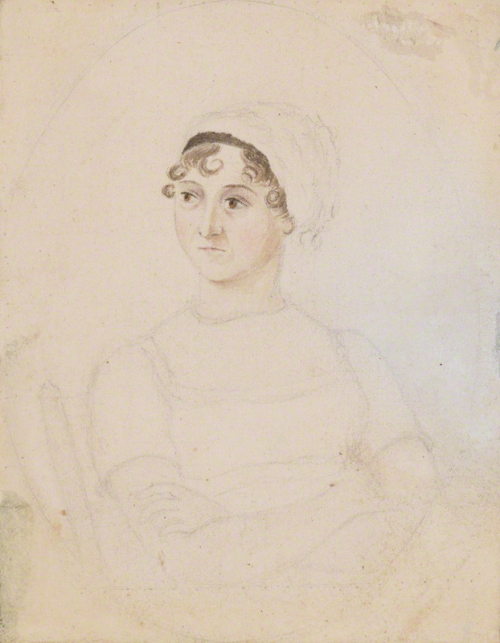 This display also includes one of the Library’s finest treasures – Austen’s writing desk. The desk was given to Austen by her father and might have been the very surface at which she produced first drafts of novels such as Sense and Sensibility, Pride and Prejudice and Northanger Abbey. While travelling through Dartford in 1798 she almost lost it when it was accidentally placed in a horse-drawn chaise heading for Dover. 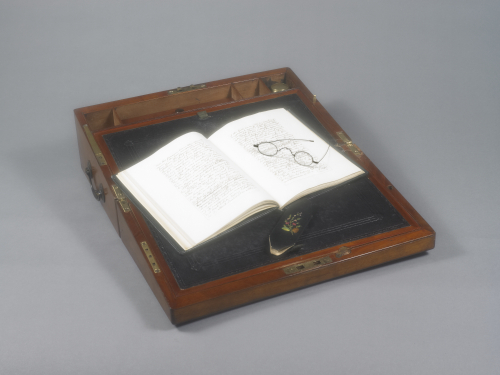 We have united the three notebooks that Austen kept of her teenage writings, which include “The Beautiful Cassandra”, a story dedicated to Austen’s sister, and a spoof history of England featuring illustrations of the Kings and Queens by Cassandra Austen. They are vivid sketches which illustrate the monarchs of England looking rather more like common men and women than they may have liked. 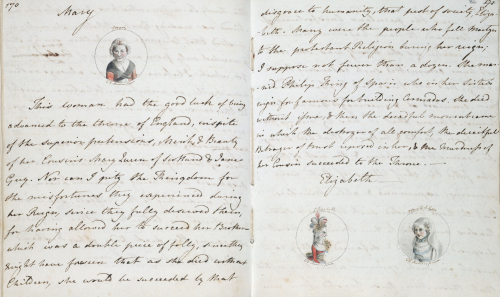 The social world which Austen lived in deeply influenced her books. Her family and friends provided inspiration for some of her novels’ characters. Their opinions mattered to her and she wrote down what each person thought of her later novels. In the exhibition you can see Austen's careful notation of opinions of Mansfield Park (1814), capturing some of the negative comments with a certain irony. The following image shows a page of these comments relating to Emma (1815). Among the letters on display one tells of Austen’s sorrow on the death of her beloved father, while a poem expresses the joy Austen felt on the birth of her nephew. The letters and manuscripts exhibited give an insight to Austen’s close friendships, explore her romances and reveal the family joys and sorrows which shaped the writer.

The exhibition is free to visit in the Sir John Ritblat Treasures Gallery until 19th February.

Posted by Joanna Norledge at 6:08 PM