Oh, what a tangled web we weave When first we practise to deceive!

These famous lines from Walter Scott’s poem Marmion (1808) might perfectly describe the plot of Kenilworth (1821), the Scottish author’s historical novel of intrigue and deception set in Elizabethan England. Piecing together Scott’s original manuscript for Kenilworth is also a tangled task. The British Library has recently acquired two leaves of the manuscript, numbered 14 and 15 in Scott’s hand (now Add MS 89229). The larger part of the manuscript (Egerton MS 1661) has been in the British Library’s collections since 1855.

A mounted note bound within the newly acquired volume states: 'Part of the original ms. of Kenilworth given to me Edmond Logan by John Ballantine'. John Ballantyne, Scott’s editor and printer, must have given the leaves to the Scottish-Canadian geologist soon after the novel was printed because he died six months later on 16 June 1821. The volume has been in private collections since then and was purchased by the British Library with a generous grant from the Friends of the British Library at an auction in New York in March. 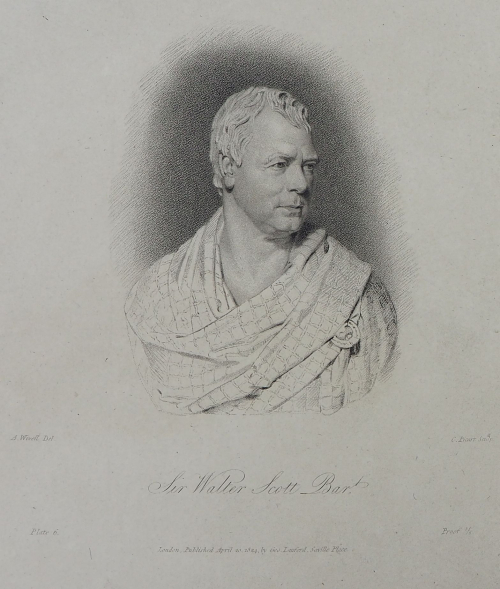 Engraving of a portrait of Scott, by A. Wivel, after C. Picart, 1824. The portrait faces the title page in the volume of two manuscript leaves of Kenilworth, Add MS 89229, f. 2v.

Kenilworth opens in a drinking establishment, namely Giles Gosling’s Bonny Black Bear. Michael Lambourne has just returned from his travels and is unable to shake off a bad reputation for the misdemeanours and drunkenness that characterised his youth. He wagers with the other guests that he can gain entry to Cumnor Place, a nearby manor, where it is rumoured that a beautiful young woman is being kept captive. Edmund Tressilian accompanies Lambourne to Cumnor Place. The two leaves of the manuscript describe Lambourne’s encounter with the steward of Cumnor Place, Anthony Foster, at the end of chapter three and beginning of chapter four. 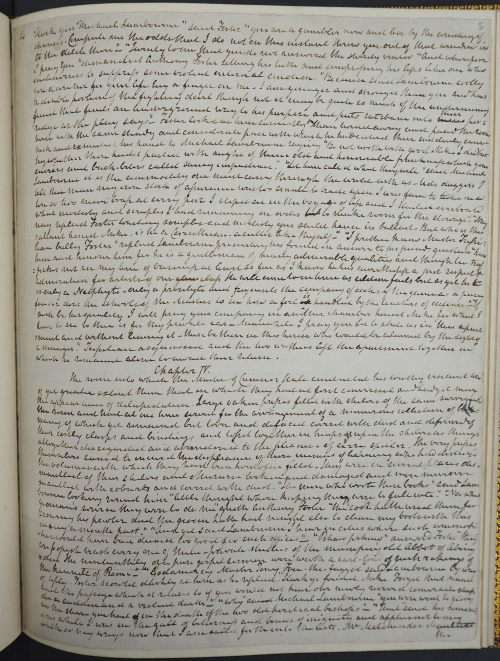 On the second leaf (numbered 15), Lambourne reminds Foster of the convenience of the ‘old religion’ (Catholicism) for villains:

Do I not remember how you were wont to carry your confessio conscience to confession as duly as the [night] ^month^ came round & when thou hadst had it scoured and burnished and white washed by the priest thou wert every ready for the worst villainy which could be devised (page 15, lines 7-10) 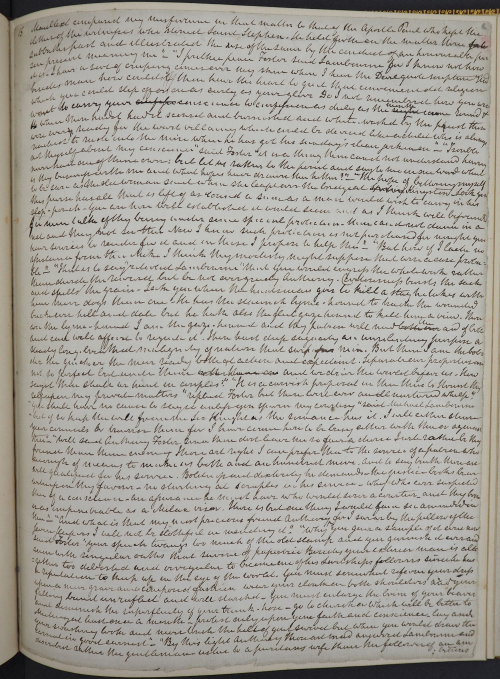 The leaves fill the gap in the manuscript between pages 3 to 13 held by Edinburgh University Library and the larger part of the manuscript, which begins at page 16.

The editors of the Edinburgh Edition of the Waverley Novels returned to Scott’s manuscript as well as the first edition when creating a critical edition (Edinburgh University Press, 1993). Many changes were made between the manuscript and the first edition. Some of the changes were intentional and authorised by Scott, such as the introduction of punctuation and the correction of grammatical errors. Mistakes were introduced, however, in the interpretation of Scott’s densely packed handwriting as the publishers and compositors (typesetters) rushed to get Scott’s novel to the press as quickly as possible.

Kenilworth was published in Edinburgh on 15 January 1821 and in London on 18 January, only four months after Scott started writing it. Eight of the numbered leaves remain unaccounted for. It is probable that the leaves have never been together as a whole manuscript, as Scott sent completed parts of the manuscript to Ballantyne while he was writing the novel.

19 January 2018: This blog has been edited to change the number of leaves unaccounted for from thirteen to eight.  Three further leaves were located in the collection at Veste Coburg, Germany and two leaves in a private collection. See: ‘Addenda and Corrigenda’, Sir Walter Scott, Introductions and Notes from the Magnum Opus: Ivanhoe to Castle Dangerous, ed. by J. H. Alexander (Edinburgh: Edinburgh University Press, 2012), pp. 733-761 (pp. 737-738).

Posted by Joanna Norledge at 3:24 PM