It won’t be long until the Infinite Library Summer School. In preparation for this I’m considering choices. What will I speak about? Where will my session led?  How should I introduce my subject?  What is too much?, Where to begin?

When I say considering choices, what I actually mean is I am considering how narratives take twists and turns, and how great stories can pivot on a single choice which leads the protagonist to the enviable ending. Do these so called choices actually influence the destination or simply the route? 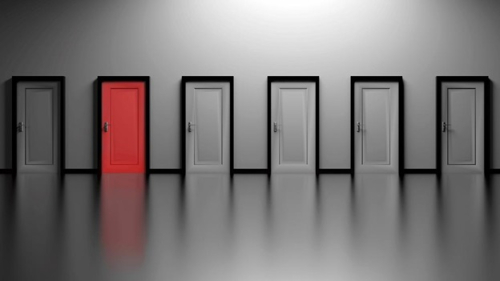 In literary crime and historical fiction the doctoring of the historical narrative as a device often used to present a rich fictional world in which characters meander through historical events into fictional events. Two such examples constructed around an alternate history of the Second World War are SS-GB by Len Deighton and Richard Harris’s Fatherland.  Such a literary method opens an avenue of free agency for the personae dramatica allowing them to operate in an alternative universe, but one which is tied to recognised conventions of good and evil.

A fundamental of shifting the lens from the historical is under pinning its transition of familiar waypoints in a recognisable environment.  For instance Harris references Albert Speer’s architectural plans and models of a post war reconstruction of Berlin when his fictional protagonist Xavier March travels around the composite Berlin of 1964 in the course of his investigations. Harris himself describes Fatherland as a ‘huge geopolitical "what if"’ thereby raising wider questions relevant historical questions by using alternate history. 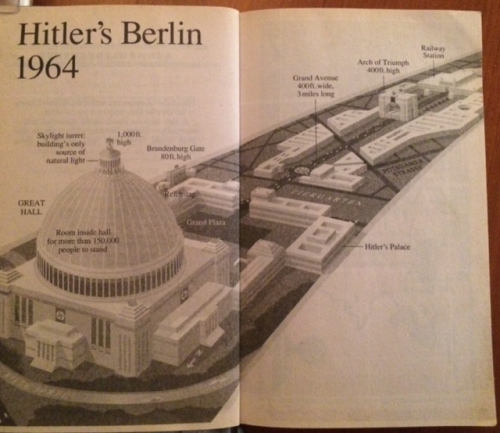 Map of Berlin 1964 from the 1993 edition of Fatherland interesting  the first edition does not contain this map.

In making these choices and blending the historical and the fictional it is possible to take the next logical step and give the reader agency in the creative process.  One of the finest examples of this is 80 Days, by innovative Cambridge based games developer, Inkle. They completely reimagined Jules Verne’s travelogue classic Around the World in Eighty Days.  This work literally puts the reader in the driving seat for a trans-continental race against time.  Where the reader is presented with a range of choices on how to proceed, who to interact with and what to read within the narrative.

Over recent years the British Library has taken an interest in interactive works; as part of last year’s International Games Day @ your library (now International Games Week for 2018) we hosted a WordPlay festival, to showcase of some of the best current international interactive fiction and earlier this year, as part of the London Games Festival fringe, we ran Off the Page: Literature and Games, looking at how the fictional worlds of our favourite novels and plays are represented in games and in return what games bring to the written word. 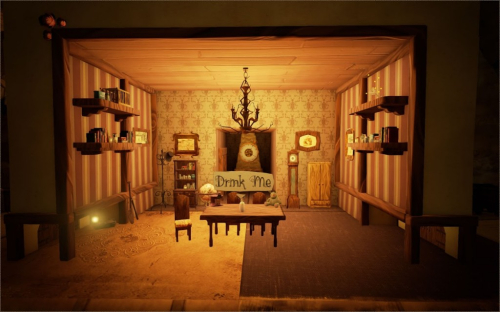 The Wondering Lands of Alice by Off Our Rockers

Continuing on from these initiatives, next month, the Library is teaming up with award winning poet Abigail Parry to run an Interactive Fiction Summer School. So if you have aspirations to lead your readers down the rabbit hole of the infinite library into stories where they choose the outcome, then you may wish to drink me….

Posted by Joanna Norledge at 9:52 AM