No Longer in the Garage: The Archive of Galloping Dog Press, Poetry Information and Not Poetry

The small press publisher Peter Hodgkiss begins his memoir essay ‘It’s All in the Garage’ contemplating ‘a tatty cardboard box’ with ‘GDP’ written in fading red felt-tip pen on the side: ‘It has moved from landing to attic to garage 1 to garage 2 in two houses in Newcastle to its present residence in Whitley Bay’ (Cusp: Recollections of Poetry in Transition, ed. Geraldine Monk, 2012). That tatty box of Galloping Dog Press books (1974-91), plus the original author manuscripts and associated correspondence, now has a new and settled home, as do comprehensive sets of files relating to the two magazines Hodgkiss edited, typed and printed concurrently: Poetry Information (1970-80) and Not Poetry (1980-85). Peter Hodgkiss has generously donated his publishing archive to the British Library. 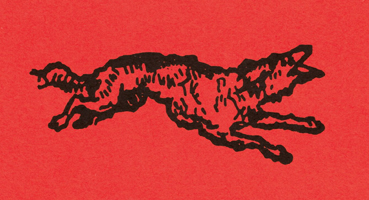 Hodgkiss recalls that the origin of the name of his press was serendipitous: reading Ulysses at the time, and living not far from Swansea beach, he drew the name from Joyce’s description of the dog on Sandymount Strand in Episode 3 (‘Proteus’). But serendipity aside, it is entirely fitting that Galloping Dog Press should owe its name to one of the great ur-texts of modernism: the writers and poets Hodgkiss published – and documented in Poetry Information – set their compasses by modernism’s experimental star. They learned their ‘ABC’s and ‘do’s’ and ‘don’ts’ of best imagist practice from Ezra Pound, took their metrical lead from the ‘variable foot’ of William Carlos Williams, and avidly read contemporary American poetry (the biggest influence of all) from the Beats to the post-war schools of Black Mountain, New York and San Francisco. Closer to home, they cherished the Northumbrian modernist Basil Bunting. Bunting had appeared in Pound’s combative Active Anthology (Faber, 1933), although years of obscurity followed. In 1966, however, prompted by the curiosity and enthusiasm of a young Newcastle poet called Tom Pickard, Bunting published to great acclaim the long poem Briggflatts (significantly, with non-mainstream Fulcrum Press). Poetry Information 19 (1978) was a ‘Basil Bunting Special Issue’. Bob Cobbing’s (75th birthday) ‘poem for two voices for basil bunting’ was reprinted on the back cover:

But London cannot, of course, be left out of the picture. The extensive small press network within which Hodgkiss operated formed part of what is usually referred to today as the ‘British Poetry Revival’. Coined by Eric Mottram – editor of the Poetry Society’s Poetry Review throughout the journal’s most radical period (1971-77) – the name he attached to the diverse movement was deliberately polemical. Just as the title of Pound’s Active Anthology had implied the relative inactivity of other poets, so the notion of a revival in poetry’s fortunes implied a base condition of moribund decline. The tussle for the centre ground of contemporary poetry settled upon the premises – and print room – of the Poetry Society, then located in Earls Court. The history of the years in which a more radical and modernist vision held sway at the Society (in 1972, Bunting was elected the Society’s President) has been told by Peter Barry in the aptly-named history Poetry Wars (2006).

Hodgkiss served as a Member of the General Council of the Poetry Society in the final Mottram years (1975-77). Although he moved away from the capital, the drive to publish was nurtured in London. It was in London that Hodgkiss first got his hands dirty. In its final years, Galloping Dog Press ventured into publishing typeset books, but Hodgkiss recalls that his ‘heart was really in the muck and sweat of the clunky and irritating business of feeding that bloody duplicator & swirling that bloody guillotine handle and gluing those bloody pages together….’

Hodgkiss’s archive complements the archives at the British Library of two contemporaneous poets, both of whom he published, and both of whom were also General Council Members of the Poetry Society: Bob Cobbing (1920-2002) and Lee Harwood (1939-2015). The range of their work is a good indication of the richness of influence that permeated the British Poetry Revival. Sound and visual poet Bob Cobbing, who ran the longstanding small press Writers Forum – and got his hands muckier than anyone – drew inspiration from the international concrete poetry movement and from the sound poetry of Kurt Schwitters and Henri Chopin. Lee Harwood edited several short-run magazines in the 1960s. His poetry was greatly influenced by the New York school’s arch blend of French literature and pop art, and he also translated the poetry of the Dadaist Tristan Tzara.

Literary magazines and small press publications have always been associated with experiment and innovation. Peter Hodgkiss’s endeavours over a twenty-year-period – and especially during the 1980s when poetry’s public pendulum, if not its less visible course, swung in the direction of literary conservatism – were a vital contribution to this vanguard mission. Today, the internet and the rise of print-on-demand publishing have brought back into circulation the work of many poets who were active in the 1960s and 1970s but whose work had all but disappeared from view. Paradoxically, the burgeoning digital environment has led to increasing scholarly interest in the evidential value of paper records. The publishing archive of Peter Hodgkiss is a fascinating set of primary documents from a distant recent past.

Posted by Joanna Norledge at 9:08 AM