Diaries: Recording History in Many Voices

Guest blog by Travis Elborough author of  Our Twentieth Century: As Told in Diaries, Journals and Letters, published by Michael O’Mara. 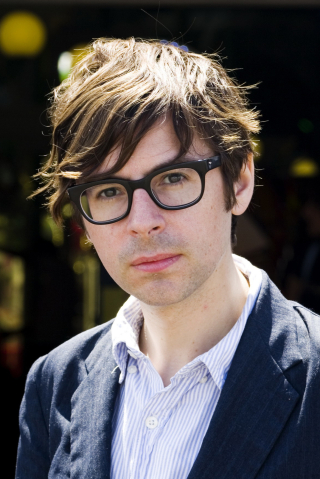 Diaries and journals as we know them now have been with us since at least the 16th century. But it wasn't until 1812 that the stationer John Letts first began selling a yearly almanack from his shop at the Royal Exchange in London – at that time home to numerous booksellers and coffeehouses and an area previously haunted by Pepys. The Letts Diary was an immediate success, attracting such devoted users as William Makepeace Thackeray who favoured the 'three shillings cloth boards' No 12 model, and continues to be published in a multitude of formats to this day.

I’ve never really kept a diary. But I am an inveterate reader of other people’s. For me, the appeal has always been their immediacy and intimacy. That unique sense of being addressed directly, and sometimes extremely candidly, by someone, perhaps from an age other than our own, is intensely seductive. At the British Library there is the added thrill of being able to consult the original diaries of the likes of Laurie Lee, Kenneth Williams, Alec Guinness, Beryl Bainbridge and Shiva Naipaul in the archives, their personalities coming across here in pen stroke and paper stock as well as in choice turns of phrase.

It has been an enormous pleasure and a real privilege to be able to consult such documents and the Library’s unparalleled collection of published diaries while putting together my latest anthology, Our History of the 20th Century. In this book I’ve used extracts from over a hundred different diarists, both the great and the good and the completely obscure, to present a kind of top down and bottom up account of Britain during the last century. My diarists range from politicians, heads of state, novelists, playwrights and celebrities to ordinary people and the largely unknown and unsung contributors to the Mass Observation Project.

But in any case, as an historian and author of books on vinyl records and the British seaside, diaries are where I go to try and find as instantaneous or unvarnished a reaction to events as possible. First impressions count because they tend to get superseded by the collectively agreed verdict of history. Take for example the funeral of Queen Victoria, an event which we condescendingly assume must have been greeted with great solemnity by the general public. And yet here is Arnold Bennett’s impression of the occasion from his journal on 2 February 1901:

This morning I saw what I could, over the heads of a vast crowd, of the funeral procession of the Queen. The people were not, on the whole, deeply moved, whatever journalists may say, but rather serene and cheerful.

Afterwards, Legge, Fred Terry and Hooley lunched with me at the Golden Cross Hotel, and all was very agreeable and merry.

Diaries are, of course, often far from authoritative and have no commitment to tell the truth or record incidents accurately. They are by their very nature subjective, and so subject to the egos, whims and biases of their writers. Bennett may, perhaps, have nursed a particular antipathy toward the old Queen, who knows? Elsewhere in his journals he denounces cocktails, admires Lyons Corner House restaurants and records meeting T S Eliot and asking the American-born poet if The Wasteland was intended as a joke.

This is another joy of diaries, they can often supply frank (and sometimes amusingly wrong-headed) assessments of artworks long since judged canonical. It is in her diary that Virginia Woolf famously confessed on reading James Joyce’s Ulysses to feeling ‘puzzled, bored, irritated, and disillusioned as by a queasy undergraduate scratching his pimples’. In turn Beatrice Webb writes off To the Lighthouse in her diary, deeming the ‘stream of consciousness’ narrative of Woolf’s 1927 novel ‘objectionable’ on the grounds that ‘even one’s own consciousness defies description’. 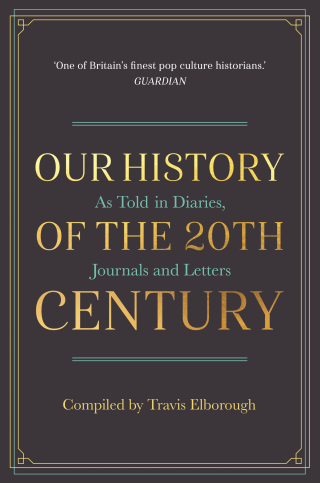 Arthur Miller’s Death of a Salesman might well have won the Pulitzer Prize in 1949 and is widely regarded as a classic of post-war American theatre. One that continues to be studied and regularly performed all over the world but after seeing its first London run, Malcolm Muggeridge judged it ‘a wholly sentimental affair’, concluding in a diary entry for the 27 September 1949 that it was little more than ‘a glorified hard-luck story.’ He was similarly damning of John Osborne’s Look Back in Anger too.

Anyone familiar with the work of the film and theatre director Lindsay Anderson, leading light of the Free Cinema movement who produced politically-charged movies like If and Britannia Hospital, might have expected him to take a rather dim view of Star Wars. And indeed he does, with the robots C3P0 and R2D2 in George Lucas’s cinematic space epic coming in for particular criticism. But it is also in the pages of his diary we learn, rather surprisingly, that in 1978 he was a committed viewer of the American television series The Incredible Hulk.

Armed with this knowledge is it tempting to imagine what Anderson, who late in his career worked unhappily with the 80s pop group Wham! on a documentary of their tour of China, might possibly have done himself with a Marvel comics movie.

Anderson died in 1994, the year Tony Blair became leader of the Labour party. And there is, if anything, nothing more distant than that recent past. What seems like yesterday remains a period when news of Princess Diana’s death, for instance, reaches all the diarists in my book via landline telephone, radio, terrestrial television and inky newsprint rather than by text, the internet or social media.

Today, of course, many more people choose to document their lives with pictures on Instagram and comment publicly on events, personal and political, on Facebook or Twitter rather than privately in the leaves of a diary. It will be interesting to see what future historians might then use to construct a similar volume about our current century.

Travis Elborough’s new book Our Twentieth Century: As Told in Diaries, Journals and Letters is published by Michael O’Mara.

Posted by Joanna Norledge at 2:50 PM