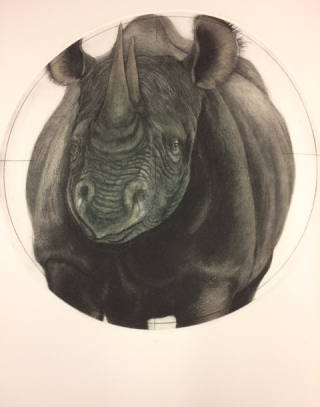 When I walk between the West End and the Euston Road I would cut through the British Museum galleries to vary my route. This would inevitably take me past the gigantic carved stone statue or moai, which were erected on Easter Island and looked over the villages on Rapa Nui.

As I weave through the snakes of tourists and visitors in the British Museum’s Wellcome Gallery where Hoa Hakananai'a resides, I could not help thinking that if this stone monolith was imbued with some sort of consciousness what would he think?

It is likely he had seen it all before millennia earlier on his ancestral shore.  Indeed if, as is argued, he is representative of the pinnacle of  his society’s achievements it is likely he witnessed the slow  decline and collapse of  this home has there was a greater competition for the island’s limited resources. Another view is that it was the arrival of Europeans that began the decline.

Contemporary British Publications recently took delivery of  three monographs from etcher, printmaker, and sculptor, D.R. Wakefield.  These works straddle the final steps documenting the transference of a range of mammals in the spectrum from endangered to extinct.

An Alphabet of Endangered Mammals: A Collection of Etching Depicting Animals Considered Extinct in the Wild by 2050 takes the reader on an alphabetic journey starting with the Asian lion and ending Zubr, It includes the Nepalese giant elephant, the well-publicised precarious situation of the polar bear, and others, all of which are portrayed in tinted etching.  The etchings are pulled through a 19th century star wheel engraving press, while the type for each piece of text is assembled by hand, and pressed on an Albion press. 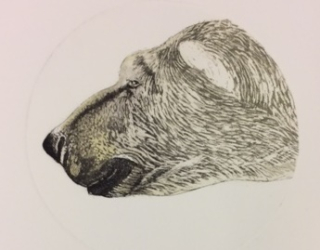 A Polar Bear, An Alphabet of Endangered Mammals

The second volume in the package was Going, Going, Going: Some Thoughts on the Destiny of the Rhinoceros as an Icon of Natural History. The pages explore the predicament of an animal whose early representations and fossils were attributed to be evidence of the mythic unicorn, the rhinoceros. The level of detail and skill demonstrated in engraving and printing from the plates of this work is of the very highest standard and provide the reader with a detailed study of five different rhinoceros species including the Indian and black rhinoceros.

The briefest of glimpses of the frontispiece leaves the reader in little doubt of the Wakefield’s view that poaching is responsible for the tragic decline in rhinoceros across the world.  This is further illustrated in the manner in which the book’s title has been printed, by simply embossing the final “Going” into the paper.  This echoes palaeontology where the only evidence of the existence of a creature is the imprint it made that subsequently became fossilised, such as the Tetrapod Trackway. 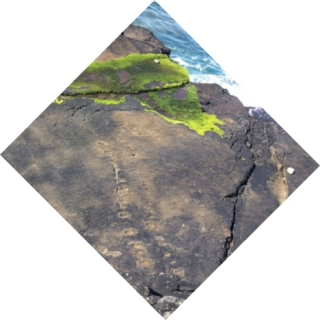 These mental imprints reflect back on earlier representations of how the rhinoceros were perceived which in crude terms described it as a beast about the size of a horse with a horn. Combine this with archaeological evidence of knawel horns and third hand reports of beasts from the edge of imagination and there are fertile grounds for the conjuring of the image of the unicorn.  Indeed as late as the early eighteenth century the unicorn versus rhinoceros debate continued.

Finally, An Alphabet of Extinct Mammals almost seems to be the natural book end for this collection from Chevington Press. The fact that Wakefield illustrates the frontispiece of this work with a self-portrait which airs toward the creature-like seems to echo a warning to the reader about how closely our fate is intrinsically connected to mammals. 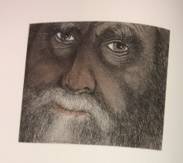 Frontispiece, An Alphabet of Extinct Animals

There is something unique and particularly individual and characterful about the illustrations which are all yet beautifully faithful representations of these once majestic creatures. One of the most powerful messages in this work is the fact that Wakefield can fill the alphabet with extinct species. Most of the species illustrated have slipped in to extinction in the since the age of exploration.  This work is certainly not a corpus of Victorian expeditionary corpulence although it does include such examples as the Warrah or Falkland Islands dog which was “eased into oblivion” by the “inevitable government bounty” in the mid nineteenth century.

Because of the new security measures placed at the entrances it is now not so easy to pass through the British Museum. So I must find a new route through the pollution choked city to meetings in town.

D.R. Wakefield, Going, going, going: some thoughts on the destiny of the rhinoceros as an icon of natural history with etchings, The Chevington Press: Goole, 2015 [British Library Shelfmark: HS.74/2322]

Posted by Eleanor Dickens at 12:45 PM