by guest bloggers Professor Robert Hampson, FEA, FRSA, Royal Holloway, University of London and Matt Martin, Stuart Hall Research Scholar, Birkbeck, University of London.  An evening of readings and reminiscence to honour Griffith's achievements will take place at Birkbeck School of Arts this week, on what would have been Griffith's 70th birthday, more information about which can be found here.  Bill Griffiths's small-press works, including the ones pictured below, can be ordered using our catalogue and read in our Reading Rooms. Griffith's archive is maintained by the Special Collections service at Brunel University, London.

Bill Griffiths, who would have been 70 this month, was a poet, publisher, translator, archivist, Anglo-Saxonist, prisoners’ rights activist and much more. He was educated at University College, London, where he graduated with a BA in History, and he later completed a Ph.D. at King’s College, London, on King Alfred’s translation of Boethius’s De Consolatione Philosophiae.

He published his first poems in 1972 in Poetry Review during Eric Mottram’s editorship. These energetic and compacted poems, from his ‘Cycle on Dover Borstal’, with their biker-gang and borstal material, had an immediate impact. They present starkly the issue of survival in a hostile environment. They also established, from the start, what Clive Bush has called Griffiths’s ‘absolute loyalty to the poor and dispossessed’ and his concomitant scepticism about the operations of the legal system and the discourses of power. Over the next few years, Griffiths was extremely prolific, publishing poems in various magazines (such as Second Aeon and Sixpack) and through his own Pirate Press. The most important of these early publications was probably War w/ Windsor, which was subsequently republished in collaboration with Bob Cobbing’s Writers Forum press. During this period he also produced multiple-voice performance texts and performed as part of Konkrete Canticle with Bob Cobbing and Paula Claire.

In the mid-1970s, he left London and moved to Germany as a ‘guest-worker’. Among other things, this led to his book A Preliminary Account of Nordrhein-Westfalen etc, an assemblage of laconic travelogue, Wagnerian cut-up, Grimm stories, musical scores and natural history.  On his return, he lived briefly in a houseboat in Middlesex. When this was accidentally destroyed by fire, he was rendered homeless for two years before moving, in 1990, to Seaham in the North East of England where he was based until his death in 2007. Here he set up a new press, Amra Editions, and produced a steady stream of publications including the six-volume Seaham Reader, a record of his engagement with this new environment and culture, from megalithic and Roman times through to the more recent local history of labour and labour struggles. During this period, among other things, he also compiled A Dictionary of North-East English and Pitmatic, the first dictionary of North-East miners’ language. Reality Street published three volumes of Griffiths’s collected poetry (1966-1996) posthumously (2010-2016). The Mud Fort (Salt, 2004) included a selection of the post-1996 poetry. 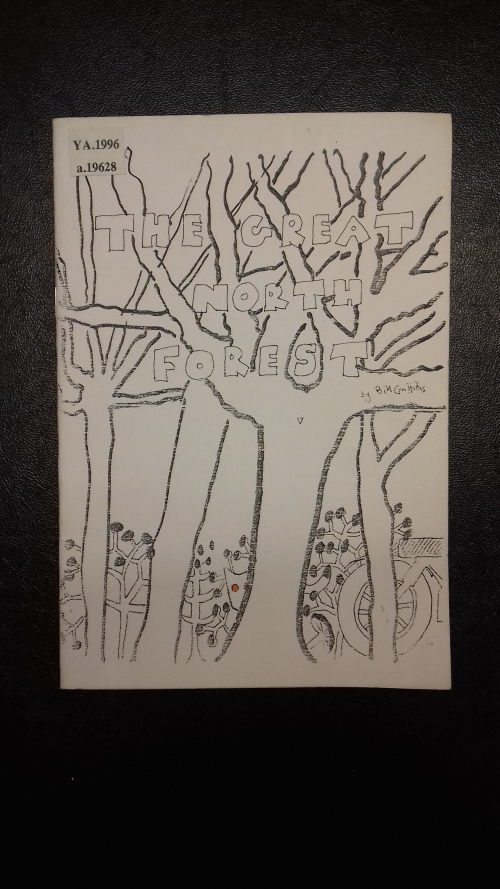 Translation was an important part of Griffiths’s practice. He published translations from a number of languages – Celtic, Romany, Greek – but, perhaps most importantly, from Old English. He produced sensitive and inventive translations of ‘Wulf and Eadwacer’, Guthlac B, Old English riddles and Old English charms  - and, with John Porter, the whole of Beowulf. He even wrote his own Old English riddles about contemporary objects such as escalators. Griffiths’s translation practice was to allow the source language to influence the target language, and, in his own poetry, he drew on his knowledge of the syntactic structures of other languages to disrupt and reshape the syntax of English. In 1992, he published an edition of Aelfric’s ‘Life of St Cuthbert’ in Old English with his own translation, but also published an original work, Variations on the Life of Cuthbert, in collaboration with Clive Fencott, where twentieth-century abstract polysyllabics jostle with the Welsh, Norse, Anglo-Saxon and Latin speakers of Cuthbert’s period. 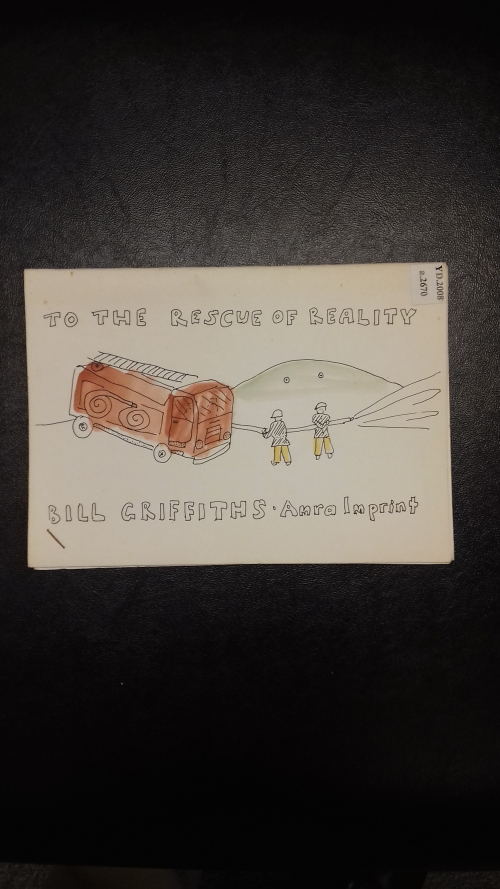 Bill Griffiths, To the Rescue of Reality, Amra Imprint, 1994

Griffiths’s writings continue to inspire. He is unusual among innovative British poets for drawing so strongly on contemporary folk traditions of culture and speech – ‘folk’ for him being a category inclusive enough to welcome language and ideas from (for example) Roma and Afro-Caribbean communities. Combining all these marginalised voices into one body of poetry, he articulates a shared resistance against the centralised hierarchies that he saw increasingly dominating British society. These concerns have, if anything, grown even more pertinent since his death. In recent years, poets like Doug Jones, Joanne Ashcroft, Luke Roberts, Peter Manson and Mendoza have engaged with Griffiths’s work and incorporated this influence into their own radical poetics. In tandem, scholarly research into his accomplishments is gathering pace. Dozens of Griffiths’s publications are available to researchers at the British Library, while his archive is maintained by the Special Collections service at Brunel University, London.