Banned Books Week 2018 has landed: 50 years of creative freedom on the British stage 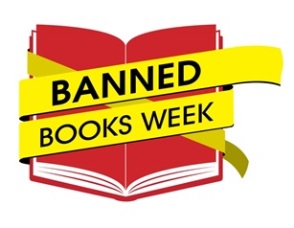 Banned Books Week 2018 has arrived and this year our theme is theatre censorship, prompted by the fact that this week sees the 50th anniversary of the laying down of the Lord Chamberlain’s blue pencil – the implement that had become synonymous with stage censorship in this country. On 26 September 1968 a new Theatres Act came into force, bringing to an end a system that had been in place since 1737 in which every new play in Britain due to be performed in a licensed theatre was required to be submitted to the Lord Chamberlain for examination. But how did it all work? Which plays were banned? Who really made the decisions and what kind of things were disallowed? Moreover, how could you cheat the system?

The Lord Chamberlain’s Plays collection at the British Library is the largest manuscript collection we hold, consisting of scripts for virtually every play written between 1824 and 1968, together with reader’s reports and correspondence files for 20th century plays. This collection, together with plays in our early modern manuscripts collection, provide an unparalleled insight into the workings of theatre censorship since the late 16th century when the role of the Master of the Revels was expanded under the jurisdiction of Edmund Tilney. While Shakespeare would have had to have his scripts approved by the Master of the Revels, the role of censor was later passed to the Lord Chamberlain, another office of the royal household. The modern roots of stage censorship, however, lie in the political machinations of 1737 when Prime Minister Robert Walpole championed a new Act of Parliament to prevent dramatists such as Henry Fielding from publicly embarrassing him. Indeed, the first play to fall foul of the new law was Henry Brooke’s Gustavus Vasa (1737) which features a villainous character bearing a resemblance to Walpole.

Though there were no hard and fast rules of censorship, the representation of living or recently dead public figures was a key preoccupation for the Lord Chamberlain and his staff, and chief among these concerns was the representation of monarchs (not surprising given that the Lord Chamberlain was answerable to the King or Queen). Surely the weirdest depiction of a monarch on stage must be Edward Bond’s Early Morning (1968), set in a surreal alternative reality in which Queen Victoria is having a lesbian relationship with Florence Nightingale and heaven approves of cannibalism.

The principles by which the Lord Chamberlain’s Office (LCO) operated were set out in a report to the Joint Select Committee in 1909 and remained broadly relevant through to 1968, although social attitudes changed over time and even within the same year there was not necessarily consistency of interpretation.

The Lord Chamberlain to remain the Licensor of Plays, […] and that he should license any play submitted to him unless he considers that it may reasonably be held –
(a) To be indecent;
(b) To contain offensive personalities;
(c) To represent on the stage in an invidious manner a living person, or a person recently dead;
(d) To do violence to the sentiment of religious reverence;
(e) To be calculated to conduce crime or vice;
(f) To be calculated to impair friendly relations with any Foreign Power;
(g) To be calculated to cause a breach of the peace.

Our collection demonstrates that comparatively few plays were banned (i.e. refused a licence) outright – although these include famous works such as Ibsen’s Ghosts (1881), Strindberg’s Miss Julie (1888) and Jean Genet’s The Maids (1947). Other banned works are less well known to us today such as Marc Connelly’s Pullitzer Prize winner, The Green Pasture, which was disallowed in 1930 for representing God as an African American. The Lord Chamberlain referred his decision to both King George V and the Archbishop of Canterbury, both of whom approved the ban. Though the LCO occasionally made exceptions to the rule about not representing god on stage, The Green Pasture was not deemed worthy of special treatment and in fact the ban was upheld until the 1960s despite multiple resubmissions over the years. In other cases, the type of subject matter likely to elicit an outright ban included abortion (Harley Granville Barker’s Waste), male impotence (Marie Stopes’ Married Love aka Vectia), lesbianism (Lilian Hellman’s The Children’s Hour), incest (Pirandello’s Six Characters in Search of an Author), masturbation (Frank Wedekind’s Spring Awakening), prostitution (George Bernard Shaw’s Mrs Warren’s Profession) and extreme violence (Edward Bond’s Saved).

In most cases, however, the censorship of plays took the form of a list of script changes required by the Lord Chamberlain. Negotiations between LCO staff and theatre managements over revisions are well-documented in the archive. Colourful phrasing was modified. Out went ‘from arsehole to breakfast time’, a line from Harold Pinter’s The Caretaker (1960). Samuel Beckett was obliged to replace farting with belching in Waiting For Godot (1954). And David Rudkin managed to get away with substituting the dialect word ‘firk’ for ‘fuck’ in Afore Night Come (1962). Sometimes managements negotiated over changes – see the defence of the central imagery in John Osborne’s Look Back in Anger – and in other cases, when all else failed, they circumvented the system with private club performances (Osborne’s story of male prostitution and transvestism A Patriot for Me, also presented at the Royal Court, being a classic example).

Leaving aside the wider issue of freedom of expression, the absurdity of attempting to censor texts whose full meaning only becomes evident in the visual medium of performance became increasingly obvious as the 20th century progressed. Even in 1909 the playwright Henry Arthur Jones pointed out the difficulty (as quoted in Nicholson, The Censorship of British Drama Volume 1, p8):

One reason that makes the Censorship impossible today lies in the fact that modern plays are no longer chiefly pieces of declamation and lengths of dialogue… The Censor sits in his office vetoing Sophocles and Shelley and Ibsen, and their kin ancient and modern, with the full text of their plays before him. Meanwhile Mr. Slangwheezy and Mr. Bawlrot are almost out of his reach, and Mr. Bluewink and Mr. Leerit slip away from him altogether.

The LCO did its best to anticipate visual gags and crude gestures, but it didn’t always succeed: Mr Bluewink and Mr Leerit really did escape their notice in many cases. The LCO had, for example, failed to realise that a plank of wood brought on stage during the 1959 musical Fings Ain’t Wot They Used T’be would be held at a suggestive angle – one of many vulgarities that was only spotted by LCO staff when a slew of letters of complaint prompted them to go and check up on Joan Littlewood's production.

Tomorrow our experts Dan Rebellato, Steve Nicholson and Kathryn Johnson will be discussing both the humorous side of the work of the LCO and the serious consequences it had for artistic expression in Britain. As well as the obvious effects of theatre censorship documented in the Lord Chamberlain’s Plays collection, there are of course the more insidious effects of an invisible self-censorship. As Steve Nicholson puts it:

Some artists may persist in their work and their principles even if they anticipate that what they produce will be disallowed; but others, with livings to make, surely will not.’ (The Censorship of British Drama Volume 1, p2)

If this has piqued your interest, why not pick up a banned play mentioned in this blog or see the Banned Books website for more events on censorship taking place this week.