Imogen Durant is a PhD student at the University of Manchester. She currently on a placement at The British Library, looking at connections between poetry and art in the Contemporary British collection of artists’ books and poetry pamphlets.

For this year’s National Poetry Day, we have been asked to think about the idea of change. Poetry’s ability to inspire its audiences makes it a powerful vehicle for change. And, while poems change us, poems are themselves changed as they are read and interpreted. Part of the joy of reading a poem is the creative freedom we have in interpreting it, and this process of understanding changes the poem’s impact on the world.

During my placement with the Contemporary British Publications team, I have been thinking about the process of publishing: how publishing changes a text, and how a text might change the world it is released into. Focusing on the library’s collection of contemporary British poetry pamphlets and artists’ books, I have been looking at books and pamphlets which are often published independently and produced in small print runs.

One thing that has particularly struck me when reading these ephemeral texts is that even after being published, a text does not remain static. In the same way that poems can change their readers, so too can a poem be changed as it is reinterpreted in new forms and mediums. Many of the writers and artists in the collection return to texts that have inspired them. Collaborating with others, they creatively reimagine existing works, allowing the texts to change and develop in their afterlives.

An example of this is Susan Johanknecht and Katharine Meynell’s Poetry of Unknown Words (2017). Written in response to Iliazd’s Poesie de mots inconnus (1949), which Johanknecht and Meynell describe as ‘a collective work by 23 poets and 23 illustrators – a male line-up with two women’, Poetry of Unknown Words takes inspiration from a wide range of texts and artwork to produce a ‘feminising response to Iliazd’.[1] The poet H.D.’s jellyfish metaphor in Notes on Thought and Vision (1919) provides inspiration for one section of the text. Printed on thin photo paper to resemble ‘the ‘flimsy’ typewriter paper in the HD Archive at Yale’, this section haptically reproduces H.D.’s metaphor through its use of ‘translucent & visceral’ material.[2] 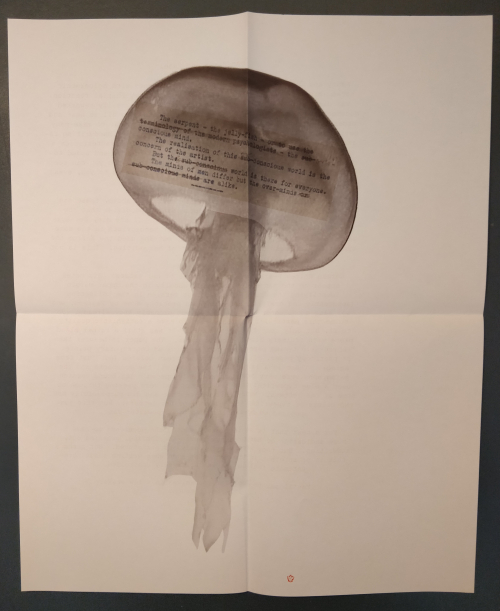 Section from Poetry of Unknown Words inspired by H.D.’s Notes on Thought and Vision

Structured as a series of loose pamphlets collected in a transparent box, the ‘unbound’ nature of Poetry of Unknown Words offers a new experience with each encounter, as the order of the sections changes through the process of reading. This structure demonstrates the way that sections of poetry and artwork can be changed by simply being contrasted or juxtaposed with other texts. In the same way that an exhibition highlights connections between items and images in order to construct a narrative, Poetry of Unknown Words reveals the ongoing relevance of historical texts by placing them alongside contemporary references. 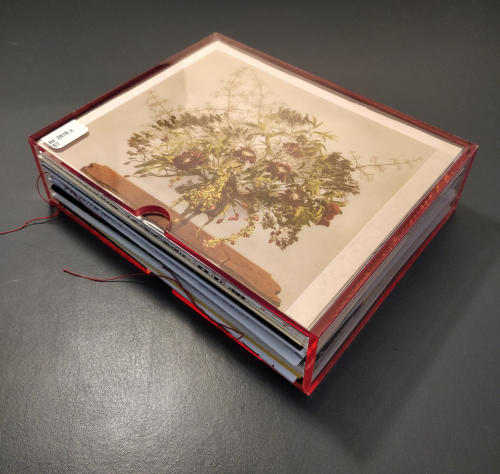 Johanknecht and Meynell play on this comparison to an exhibition by including a ‘notes & colophon’ section, which resembles an exhibition catalogue. 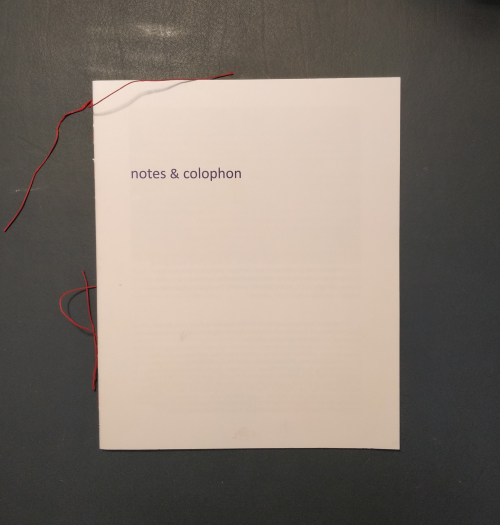 Highlighting the texts which inspired each section, the ‘notes and colophon’ section also changes the reader’s understanding of the sections of poetry and artwork by providing additional information. For example, the comment that Mary Wollstonecraft’s ideas in Vindication of the Rights of Women (1792) are ‘still clearly pertinent’ is supported, in this section, by a black and white photo of an activist on a Women’s March in 2017. 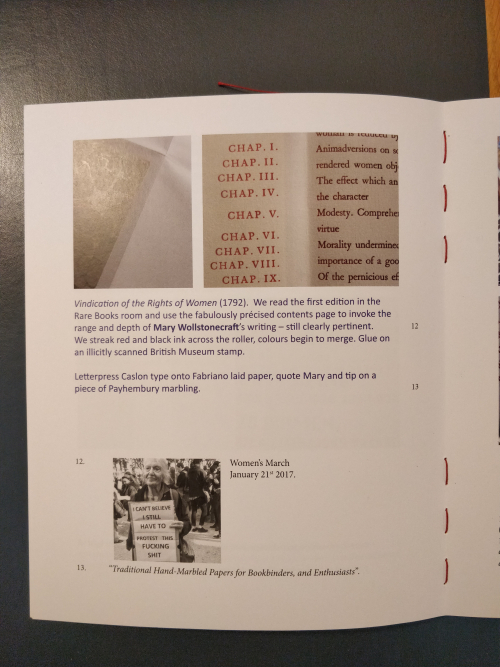 Photograph inside the ‘notes & colophon’ section

In Poetry of Unknown Words, Johanknecht and Meynell give new life to Iliazd’s form, responding to and reinventing texts by women which have been ‘hidden from history’.[3] In this way, they show that published works are not simply historical items but that they have the capacity to change, and be changed, by modern audiences and readers.

Posted by Joanna Norledge at 12:56 PM