In our final Windrush blog before the exhibition closes on Sunday, I would like to focus on Shiva Naipaul, the award-winning novelist and travel writer whose archive is held here at the British Library. 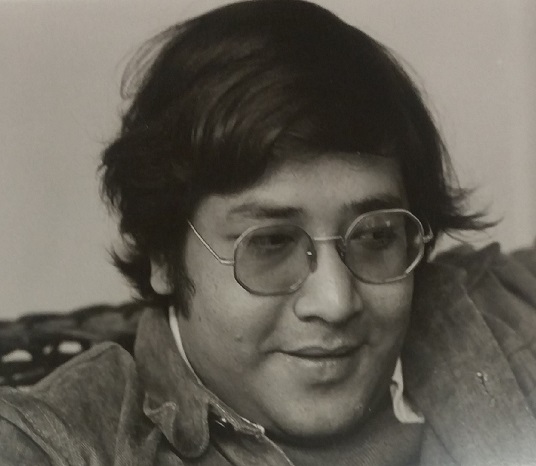 Shivadhar Srinivasa Naipaul (Shiva for short) was born in Trinidad in 1945, part of a family descended from the indentured workers who came to the Caribbean from India in the 19th century. He was one of seven children born to his journalist father Seepersad and his mother, Droapatie Capildeo. Five of his siblings were girls; the only other boy in the family being his elder brother Vidiadhar, later to become better known as the Nobel Prize-winning novelist V S Naipaul. 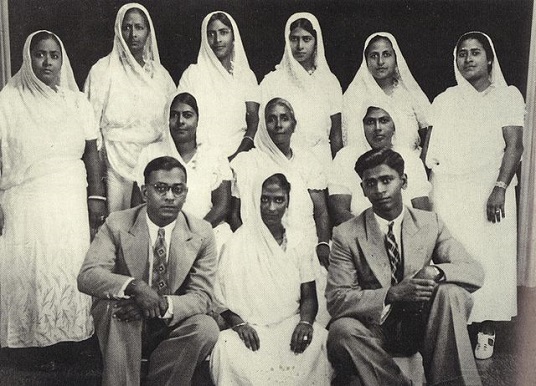 The male members of the family vanished early from Shiva’s childhood: his father died when he was only seven, by which time his elder brother had already left for England to study at Oxford University. Other members of Shiva’s wider family were also leaving for England in this period in order to pursue higher education or professional careers. The ritual of the dockside farewell – ‘the familiar Trinidad ritual of “going away”’ - became ingrained in Shiva’s memory, as did the fantasy of what England would be like:

‘England’ was in the air virtually for as long as I can remember. But it was a diffused presence; part of a texture of feeling and imagination, particularly the latter. The element of fantasy and daydream was very strong indeed. 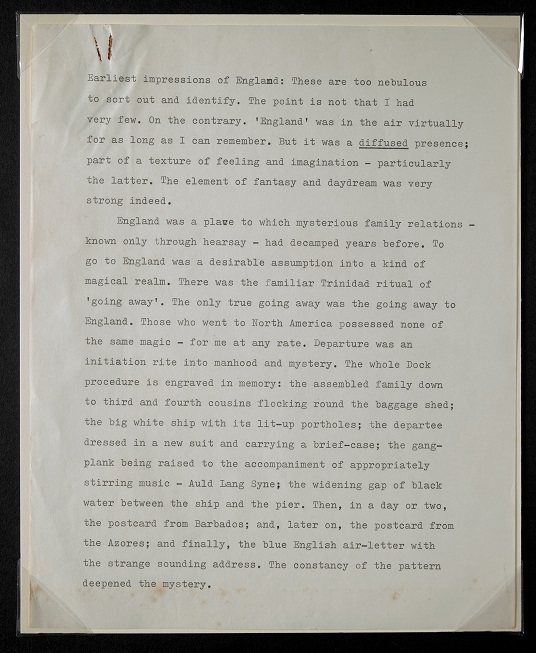 Essay on impressions of England, from the Shiva Naipaul Archive Add MS 89154/8/8. Image © The Estate of Shiva Naipaul. You may not use the material for commercial purposes. Please credit the copyright holder when reusing this work.

These are the formative experiences he writes about in the essay pictured above which is currently on display in the Windrush exhibition (and available in full on our new Windrush Stories website). This untitled piece of prose was written sometime after Shiva’s arrival in Britain in 1964, by which time England had become a concrete reality for him though he could still recollect the days when his idea of the ‘mother country’ was fuelled by his escapades in English literature. The prime ‘source of fantasy’ in the Naipaul household was his father’s bookcase. Although he only read a few pages from the ‘dusty volumes’ by British authors, ‘I returned to that bookcase again and again. It was a corner under the steps in which to dream in a vague, ill-defined way about England – the place from which those blue air-letters were posted; the place to which my brother – whom I hardly remembered – had gone.’

Shiva followed in his brother’s footsteps in more ways than one, studying at Oxford before embarking on a literary career. In an autobiographical essay ‘My Brother and I’ (published in An Unfinished Journey in 1986), Shiva acknowledges that having always ‘suffered by comparison’ with his brother ‘my choice of career must seem like an exercise in masochism’. But writing came to him unconsciously, ‘It happened. Or rather, it began to happen slowly and haltingly, fed by despair’ at his lack of academic success during his last year at Oxford. What would turn out to be his first novel, Fireflies (1970), was initiated then, as described in An Unfinished Journey, p28:

It began as I was sitting at my desk, staring at a page of Chinese characters (I was doing a degree in Chinese), which danced meaningfully across the frail paper… it began when, for no reason I can fathom, a sentence came into my head. ‘The Lutchmans lived in a part of the city, where the houses, tall and narrow…’

I pushed away the books and papers in front of me, wrote down the sentence and started to follow it.

After a further two years’ work on the manuscript, the tragicomic family saga Fireflies was published to great acclaim, winning the Royal Society of Literature’s Winifred Holtby Memorial Prize as well as the John Llewellyn Rhys Prize and the Jock Campbell New Statesman Award. It was followed in 1973 by the Whitbread award-winning novel The Chip-Chip Gatherers, which like Fireflies was set in the Indian Trinidadian community. The next decade saw Shiva change tack to write in new genres, publishing short fiction, non-fiction, journalism and travel writing, no less excellent for the change in form. North of South (1978), Black and White (1980), and Beyond the Dragon’s Mouth (1984) were followed by one more novel, A Hot Country (1983), before Shiva’s early death from a heart attack in 1985 at the age of forty. A posthumous collection of prose, An Unfinished Journey, was published the following year.

Though Shiva was rightly at pains to point out that writing was, for him, an act of independence and autonomy, a ‘breaking loose of the doppelgänger absolutism’ that had bound him to his brother in others’ eyes, there were aspects of the brothers’ lives that paralleled each other. Both men struggled to fit in in England, not ‘being straightforwardly Indian or straightforwardly West Indian’ as Shiva put it in his 1973 essay ‘Living in Earl’s Court’.

This is a sentiment that V S Naipaul expands upon in another exhibit in the Windrush exhibition. In a letter to Shiva from 1969 he remarks upon the sense of alienation he feels as a Caribbean author writing for an English literary market that will never really understand him.

The same letter also contains a note of hearty congratulations to Shiva for finishing his first novel together with advice on handling publishers and agents. It is one of a number of family letters that can be found in the Shiva Naipaul Archive alongside the working drafts of his books, notebooks, travel diaries, business correspondence and other papers. The Archive was generously donated to the Library in 2015 by Shiva’s widow, Jenny Naipaul. The collection is fully catalogued and we hope that it stands as a staging post in Shiva’s ‘unfinished journey’ for all those interested in researching the work of this important writer.