Pamphlets are a crucial site for poetic innovation, allowing writers to experiment and offering readers cheap access to new work. Often small enough to fit into your pocket, pamphlets are the ideal way to sample new poetry from an unfamiliar writer. This frequently overlooked form has provided a platform for almost all of our established poets, from Ted Hughes to Carol Ann Duffy, at different stages in their career. 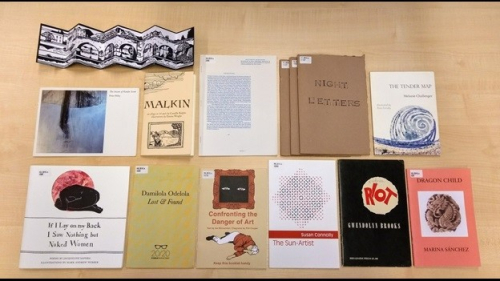 A selection of poetry pamphlets from the British Library’s collections.

To celebrate the poetry pamphlet and the important role that it plays in the UK poetry scene, The Michael Marks Award is hosted annually by The British Library, in partnership with the Michael Marks Charitable Trust, The Wordsworth Trust, the TLS and Harvard University’s Center for Hellenic Studies (CHS). Since it was founded in 2009, the awards have grown to include prizes for publishers and illustrators as well as for poetry. Despite the ease with which poetry can now be accessed online, the pamphlet form has flourished over the last decade, and the quality of the submissions to the awards each year attest to this. To mark the 10 year anniversary of the Michael Marks Awards, we will be hosting a poetry reading on the 10th December, featuring shortlisted poets from previous years. Join us in hearing poems and reflections by Charlotte Gann, Christine De Luca, Richard Scott, Phoebe Stuckes, and Omikemi Natacha Bryan. 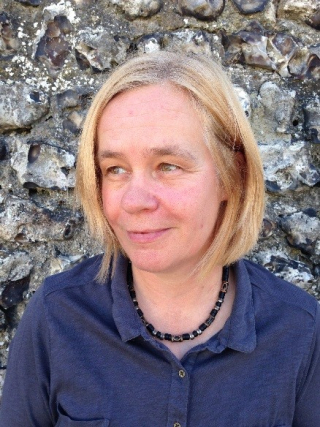 Charlotte Gann is a writer and editor from Sussex. Poems have appeared in The Rialto, The North and Magma, among many others, and her pamphlet, The Long Woman (Pighog Press), was shortlisted for the Michael Marks Award in 2012. Since then, she published a full collection, Noir, with HappenStance – in 2016. This book – which grew from the seed of the pamphlet – asks: what are we to do with the darkness? The things, and people, often left silent and invisible. Originally, Charlotte studied English at UCL; much later, an MA in Creative Writing and Personal Development at the University of Sussex. By day, she works as an editor – currently, editing a monthly magazine based in her hometown, where she lives with her husband and two teenage sons. 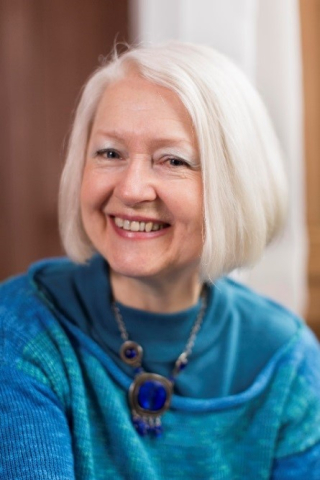 Christine De Luca lives in Edinburgh where her working life was spent in education.  She writes in English and Shetlandic, her mother tongue.  She was appointed Edinburgh's Makar (laureate) for 2014-2017.  Besides several children’s stories and one novel, she has had seven poetry collections and four bi-lingual volumes published (French, Italian, Icelandic and Norwegian).  She’s participated in many festivals here and abroad.  Her poems have been selected four times for the Best Scottish Poems of the Year (2006, 2010, 2013 and 2015) for the Scottish Poetry Library online anthologies.  She has been a member of Edinburgh’s Shore Poets for 25 years. Christine is a linguistic activist, visiting schools, writing articles and taking part in conferences on mother tongue issues.  She is a member of Hansel Cooperative Press which publishes poetry and other literary writings in Shetland and Orkney.  She also enjoys translating children’s classics from Roald Dahl and Julia Donaldson into Shetlandic. 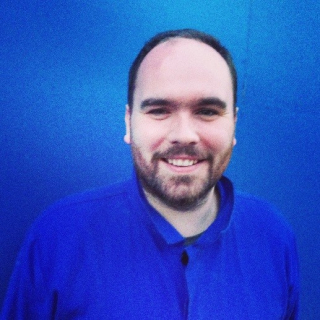 Richard Scott was born in London in 1981. His poems have appeared widely in magazines and anthologies including Poetry Review, Poetry London, PN Review, Swimmers, The Poetry of Sex (Penguin) and Butt Magazine. He has been a winner of the Wasafiri New Writing Prize, a Jerwood/Arvon Poetry Mentee and a member of the Aldeburgh 8. His pamphlet 'Wound' (Rialto) won the Michael Marks Poetry Award 2016 and his poem 'crocodile' won the 2017 Poetry London Competition. Soho (Faber & Faber) is his first book. 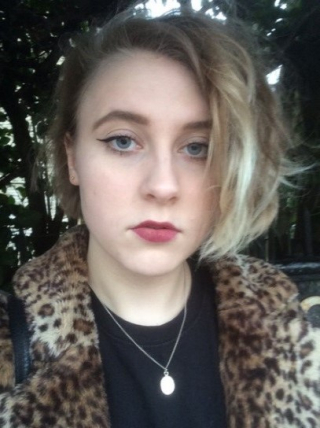 Phoebe Stuckes is a writer and performer from West Somerset. She has been a winner of the Foyle Young Poets award four times and is a Barbican Young Poet. She has performed at the Southbank Centre, Wenlock Poetry Festival and was the Ledbury Festival young poet in residence in 2015. Her writing has appeared in the Morning Star, The Rialto, The North and Ambit. Her debut pamphlet, Gin & Tonic is available from Smith|Doorstop books and was shortlisted for The Michael Marks Award 2017. 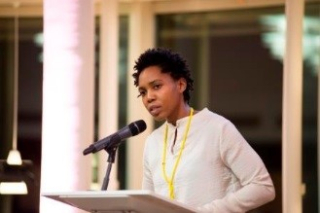 Omikemi Natacha Bryan is a writer, poet based in London. Her work has been published in numerous magazines including Ambit and Rialto and featured in Bloodaxe's Ten: poets of the New Generation. Her debut pamphlet poetry collection, If I talked everything my eyes saw, was shortlisted for the 2017 Michael Marks Award. She currently works as an associate writer for Vital Xposure theatre.