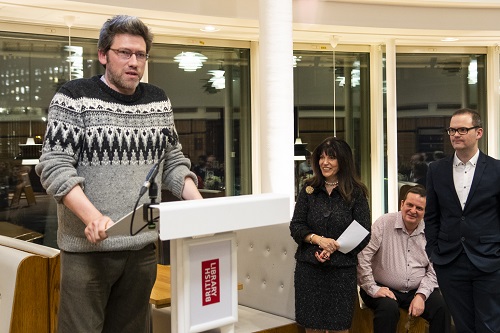 Luke Thompson giving his acceptance speech for the Publisher’s Award

Thompson highlighted the multisensory nature of the pamphlets that he produces when he explained that in addition to the unique look and rich texture, several of his pamphlets also have a distinctive smell, as their covers are made from the spent grain from a brewery. 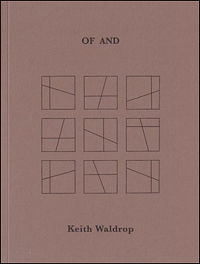 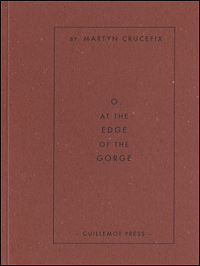 Of And, by Keith Waldrop, and O. At the Edge of the Gorge, by Martyn Crucefix, both published by Luke Thompson at Guillemot Press

PR won the illustration award for her artwork in Zi-Zi Taah Taah Taah: The Song of the Willow Tit, published by Wild West Press, with poems by Steve Ely. The illustration award was introduced and presented by Sir Nicholas Penny, who gave a convincing imitation of a willow tit when announcing the pamphlet’s title.

Carol Rumens won the Poetry Award for her pamphlet Bezdelki, published by The Emma Press. The poetry award was introduced by Sasha Dugdale, one of this year’s judges. 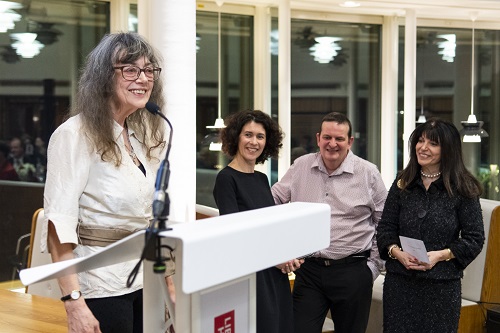 Carol Rumens giving her acceptance speech for the Poetry Award

Bezdelki contains a series of elegies for Rumens’ late partner, Yuri Drobyshev. Rumens said that the pamphlet provided her with means of remembering Yuri, and allowed her to explore her own identity after his death.

Rumens explained that the size of the pamphlet form provided a vehicle for her to capture the ‘Bezdelki’, or ‘small things’, such as a hat and an overcoat, which appear in these poems. Dugdale highlighted the strength of Rumens’ imagination and the breadth of the allusions in her poems, which Rumens demonstrates in this pamphlet by including poems inspired by Osip Mandelstam and one which is narrated in the voice of the Nubian Pharaoh Taharqa. 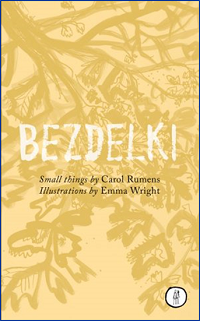 The awards were presented by Lady Marks, who gave a warm personal introduction to the evening. She outlined the Michael Marks Charitable Trust’s aims of preserving art and the environment in the UK, and emphasized her belief in the poetry pamphlet as being vital form in the creative force of the country. Lady Marks also began the evening’s readings with some sonnets by her late husband, Lord Marks of Broughton, the founder of the Michael Marks Charitable Trust.
Congratulations to Luke Thompson, Carol Rumens and PR, and to all of those shortlisted for the 10th Michael Marks Awards.