A guest blog by artist and designer Leslie Gerry. To coincide with the forthcoming evening Artists’ Books Now: América Latina, Gerry talks about his fascination with architecture, urban spaces and street life. He charts these interests into his artist book Havana, which was made by a process of painting and printing digitally. Read more about Leslie Gerry's work here. A copy of Havana is held at pressmark HS.74/2301 and can be consulted in the British Library Reading Rooms. 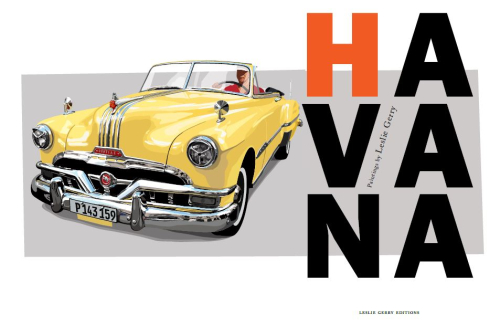 Arriving at Havana in the dark, we made our way from the airport through dimly lit streets to a hotel overlooking Central Park. The following morning, I emerged, with cameras, sketchbook and map in hand, into a bright sunlit chaotic street full of vintage American cars spewing out clouds of fumes and bicycle taxis shouting out for business. 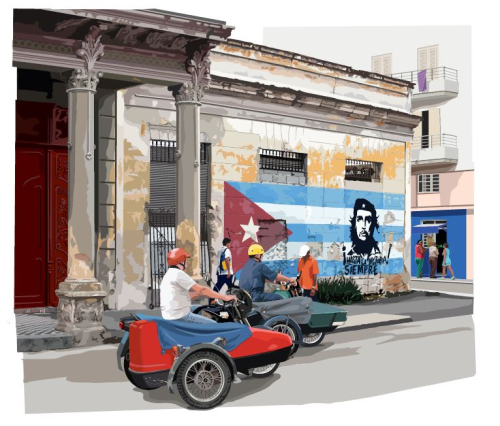 The first hurdle was coming to terms with the city, the topography, getting my bearings. It was daunting. I just started walking, trying to take it all in, gradually absorbing the atmosphere. The narrow streets of La Habana Vieja, the Old Town, colourful, vivacious, with crumbling tenements, colonial edifices and faded grandeur. A city with an earthy authenticity, full of contradictions. Cuban music would spill out onto the pavements from the many bars and cafes. 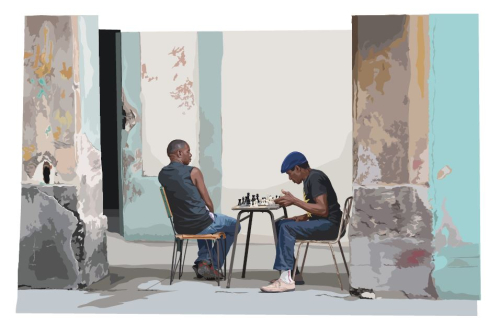 I generally limit my trips to a new city from 2-3 weeks, as that first exposure to a place is so intense; with fresh eyes and heightened senses, you see things locals are often unaware of and that you will not notice on subsequent visits. I try to capture this intensity in my paintings. Walking an average of 14 miles a day, I use my camera to “take notes”, recording the colours, light, shadows and patterns of Havana for future reference, often revisiting many of the streets or buildings several times in a day to view the changing light and shade.

Gradually a narrative of the city develops; subjects and compositions begin to form in my mind: a book starts to take shape. At this point I can relax a little and even start sketching in the open, although I find this increasingly difficult with the attention it invites.

At the end of my stay I felt totally exhausted, having absorbed as much as possible, and could only look forward to returning home with memories in tow.

Back in my studio, a long process of going through my photographic notes and sketches, then a year of painting begins. With a stylus and Wacom tablet, I paint on the computer in Illustrator.  Working only with flat areas of colour and no tone, I “cut out” the shapes with the stylus, arranging them on different layers, creating a collage. In fact, I first began working this way years ago by cutting out sheets of coloured paper with scissors, similar to the way Matisse created his paper collages. Starting by sketching a composition in blocks of colour as I would have done painting in oils and using photos as reference only, I gradually build up the painting with darker areas first and then lighter shades. The paintings end up as digital files; vector images which can be reduced or enlarged to any size and are then printed with a flat bed UV ink jet printer on a hand or mould-made paper.

All three images reproduced with the kind permission of Leslie Gerry