The Book of Hours

a guest blog by Lucy English, spoken word poet and Reader in Creative Writing at Bath Spa University. She has two collection published by Burning Eye Press. The most recent, The Book of Hours, is the poetry from the online poetry film project. The project was completed in 2018 and was shortlisted for the New Media Writing Prize in 2019. 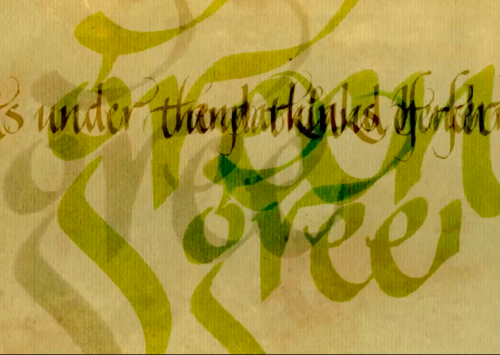 Screenshot from is 'From This Train' by Kathryn Darnell

Inspired by the medieval Books of Hours, I wanted to create a contemporary compendium of images and text which could evoke contemplation and thought. In our modern world we may that God constantly rewards or punishes our behaviour, but we still have a need for quiet moments, reflection and emotional awareness often associated with religiosity. Poetry continues to be a medium through which we can experience this, so the text in The Book of Hours is in poetic form, rather than prose, and because I am a spoken word poet most of this poetry is presented as voice-over rather than text on screen. 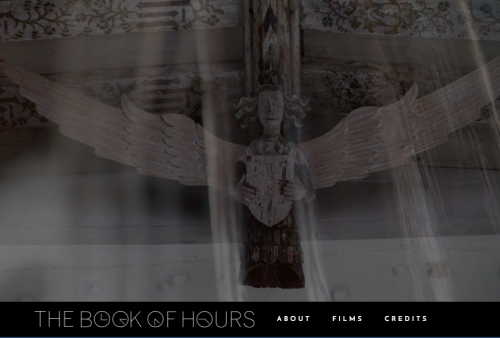 A medieval Book of Hours was a collection of religious readings and accompanying images.  By the fourteenth century these had become highly decorative works of art and many were produced by craftsmen for wealthy patrons.  They were created so that those outside of the religious orders could follow the monastic life. The book began with a calendar illustrated by images of activities connected to each month, such as sowing crops, harvest and feasting. The subsequent texts were divided into sections and one of these sections was the ‘Hours’, a series of prayers and readings spanning a complete day and night and changing with the religious season. This reflected the Hours of the Divine Office, a code of religious behaviour adopted by St. Benedict in his sixth century guide to monastic life. Each ‘hour’ was roughly three hours apart, and was the time for prayer and reflection. The first was Vigil, at midnight, followed by Lauds, then Prime first thing in the morning, then Terce, then Sext at approximately lunchtime. After this was None followed by Vespers and finally Compline, after which the monks went to bed. The ‘Hours’ were therefore a template for religious devotion, spirituality, reflection and connection to God.

There were variations in the format of a Book of Hours but a typical collection contained: a calendar and The Hours, (as described above); a selection of penitential psalms, expressing sorrow for the committing of sins; The Office for the Dead, (a prayer cycle for the repose of the soul of a deceased person); and the Litany of Saints, which were prayers for the intersession of the Virgin Mary and the martyrs and saints.  Books of Hours represented a layperson’s handbook to Christian devotion and were created in a portable size so they could be carried by the owner and referred to on a daily basis. They reveal a glimpse into the medieval relationship between humanity and God and are important compendiums of religious reflection.

In the modern secular society of the U.K we can underestimate the importance of the Christian calendar in medieval times. This was an unwavering structure in an uncertain world where the progression from Christmas to Easter to Ascension would be embedded in the minds and habits of everyone.  The monastic life was seen as the epitome of  proper behaviour and for an ordinary person to possess access to the religious life, in book form, was highly desirable. It was common in medieval art, and also in the pages of the Books of Hours, for the patrons to be depicted in religious scenes, such as witnessing the birth of Christ or worshiping at the feet of the Virgin, thus placing themselves directly into the holy narrative. In the medieval mind, saints could be ‘talked to’ through prayer and requests to God, Jesus and Mary were as common as our ‘wish lists’ of shopping needs.

A Book of Hours can also be seen as an interactive text as these books were not intended to be read chronologically. The reader chose which readings to refer to according to time of day, season and spiritual mood. The most noted example of a Book of Hours created for a wealthy patron is the Tres Riches Heures commissioned by John the Duke of Berry between 1412-1416 and illustrated by the brothers Limbourg. This is currently held in the Musee Conde in Chantilly, France.

The Duke of Berry was a passionate collector of books and his library contained more than fifteen Books of Hours. In Tres Riches Heures the illuminated pages are exquisitely illustrated; they depict a calendar of the month, the signs of the Zodiac and scenes from life, according to the seasons. In the page for October a white clad horse pulls a harrow and a farmer sows seeds over which crows and magpies are already fighting. In the background is a magnificent white castle. The pages of this book offer a detailed insight into the lives of the various strata of medieval society, from aristocratic hunters to peasants in rags.  This keen depiction of everyday detail is also a feature of other Books of Hours, where scenes from the Bible are set against a backdrop of recognizable scenes of medieval life. 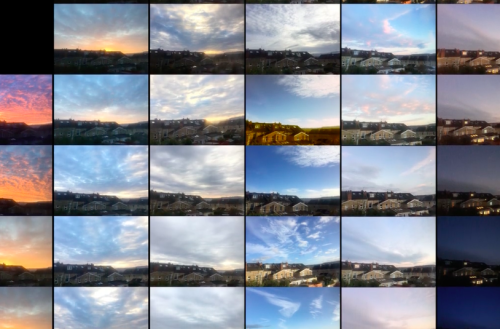 What I learned from my understanding of the medieval Books of Hours and what I felt I could translate into my project were the following aspects: the text, (in my case the poems) would be an embarking point for reflection. This reflection would not be a religious one but a contemplative one, offering responses to the modern world. It would be presented in a calendar format, following the months of the year, times of day and the seasons. It would contain a linear structure  (a calendar year) but the reader/viewer could choose when and where they accessed the films. My final aim was to somehow replicate the everyday quality of the medieval Books of Hours, and to depict the ‘illustrations in the margins.’ By creating a digital project which utilizes our accessibility to screens and downloads, I could also replicate the portability of the medieval books. I wanted the colours and sounds of the films to compliment the total experience just as the illustrated pages in the medieval manuscripts compliment the texts in the book. The themes which link the whole collection are reflections on the passage of time; reflections on the impact of urban lifestyles on rural landscapes and the transience of memory.

Individual films from this project have been screened at many short film and poetry film festivals: ‘Things I found in the Hedge’ won first prize in the Atticus Review Videopoetry competition. and ‘Que Es El Amor’ won second prize.

All screenshots reproduced with the kind permission of the creator.

Posted by Eleanor Dickens at 2:34 PM