by Sarah Ellis, Archivist and Cataloguer of the Penelope Fitzgerald Archive (Add MS 89289). The archive is now available to consult, for free, in our Reading Rooms.

In 2017, the British Library acquired the archive of Penelope Fitzgerald (née Knox), English novelist, biographer and essayist (1916-2000). Her 1979 novel, Offshore, won the Booker Prize and the work acclaimed as her masterpiece, The Blue Flower, secured a National Book Critics Circle Award in the USA in 1997. 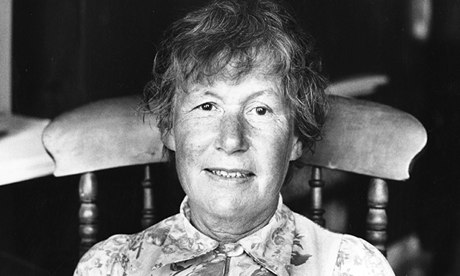 Audiences loved Penelope Fitzgerald’s novels for the worlds they conjured into being; drawn – at least at first – from her own life experiences. Her biographical writing is similarly grounded. In one revealing note in her papers she outlines the necessary preconditions for beginning a work of biography: "if it's not possible to have had personal contact with the subject”, she writes, “then at least I need contact with someone who once knew him or her, however long ago." [1] Such an emphasis on personal connection was no doubt informed by the varied social contexts which make up Fitzgerald’s own biography. (A houseboat community at Chelsea Reach; the BBC during the Second World War; and a Southwold bookshop, to name but a few.) The archive reveals an artistry fuelled by human connection but informed and supported by wider documentary evidence gathered during intensive periods of research. As the two approaches collide, we can see how the rich worlds of her fiction and the sensitive portraits in her biographical writing become possible.

One of the qualities most frequently ascribed to Fitzgerald is that of 'reticence'. Terence Dooley, in his introduction to Fitzgerald’s posthumously published letters, tells how she could convey what she wanted in letters in a way she didn’t feel able to in person [2]. If the written word was where Fitzgerald’s communicative gifts lay, then her archive represents a relative wellspring of expressive power. Far from displaying reticence, Fitzgerald’s personal writings – from her earliest letters written to her parents from Wycombe Abbey School, to diary entries in her later years – reveal a voice free from constraint. Hers was a growing, industrious and expansive mind, constantly observing, recording and expressing itself through the written word, rather than through speech. 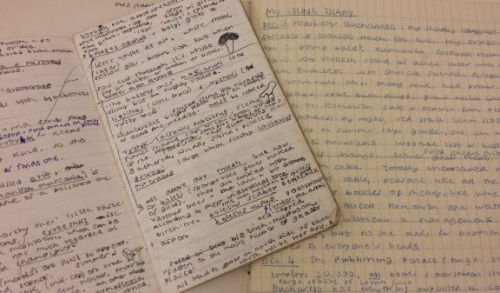 However expansive the archive might seem, though, Fitzgerald’s papers are fragmentary: the largest part is at the Harry Ransom Center in Austin, Texas and the British Library holds a smaller but significant portion (170 files). Tragically, some material was lost when her houseboat sank in the 1960s. The extant parts being dispersed in this way has resulted not only in a physical but also an intellectual disunity – but what we have here in London is both delightful and revealing. As with any archive, partial or not, Fitzgerald’s papers are mere glimpses of the author and her work – never a complete picture but perhaps as close as it’s possible for us to get. 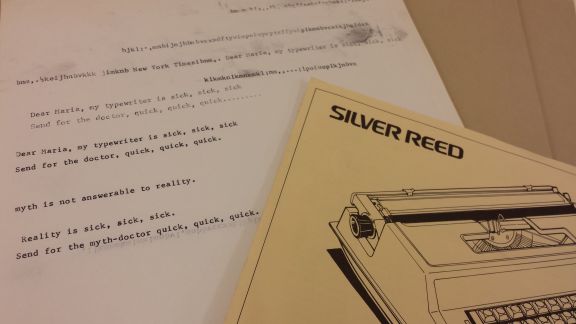 So, What's in This Archive?

The archive covers the period of 1865-2012, extending beyond Fitzgerald’s lifetime and including materials captured posthumously by her children and Literary Estate. The contents of the archive include research, draft and proof materials for a number of her works, 26 of her notebooks, correspondence (business and personal), her annotated library and collected writings about her life and literary endeavours.

In addition to illustrating aspects of her professional life and working practices as an author, the archive provides insights into her personal life, relationships, interests and other involvements outside, or predating, her writing career. For instance, Fitzgerald involved herself with literary societies and campaigned to support the local library in the face of funding cuts, channelling energy not just into her creative output but also into her local community.

Further to the many facets of Fitzgerald’s personal and professional life, her papers reflect a selective cross-section of Knox family history in various documentary forms. Knox family members whose stories feature prominently are the subjects of the group biography which she composed about her father, ‘Evoe’, and his three brothers, published in 1977. Remarkable in their own rights, papers once belonging to those individuals now sit integrated with Fitzgerald’s papers, much gathered in research for The Knox Brothers. Another notable component of the archive is the material relating to Fitzgerald’s first novel, The Golden Child (1977), in her original notebooks. Initially called ‘The Golden Opinion’, the work was extensively cut by Duckworth Publishers. 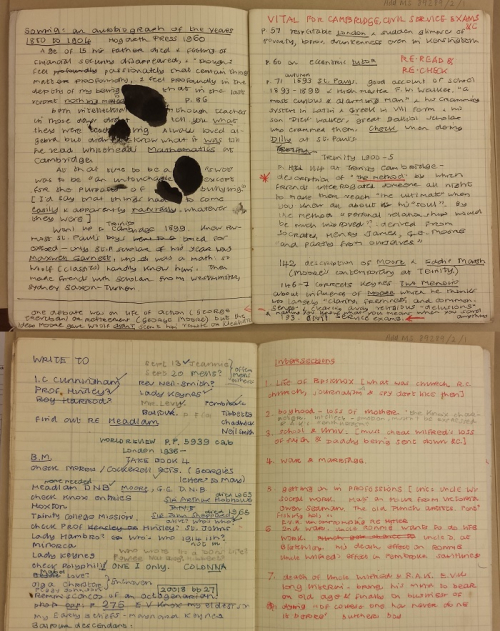 So much in the archive holds the potential for researchers to garner rich insights about the working practices, creative processes and day-to-day engagements of Penelope Fitzgerald during the period when she was a published author. These are complemented by items pre-dating that period which show the vital preparation building up to it, such as her committed studies of literature and art or copious notes relating to her teaching work.

“How does she do it?” asked Julian Barnes over a decade ago [3], about Fitzgerald’s ability to paint the vivid and entirely believable worlds of her novels, so succinctly. Come and see for yourself – the archive is now available for consultation in the Manuscripts Reading Room.

Posted by Eleanor Dickens at 2:36 PM