Publishing in America and the 1917 Espionage Act

by Jodie Collins, a CDP student working on American Political Pamphlets within the Collections Division of the British Library. Follow Jodie on Twitter, @jodc92, and read more about her case-studies here. Let us know what banned book you’ll be reading this week and keep an eye on the Library's Americas and European blogs for more on Banned Books Week.

In 1917, shortly after joining the Allied Powers in the First World War, the United States introduced controversial legislation which meant that Americans could be prosecuted for criticising the war. This was known as the Espionage Act. Not long after, in 1918, the Act was expanded by the Sedition Act, which forbade “any disloyal, profane, scurrilous, or abusive language about the form of government of the United States.”

The introduction of these acts coincided with what was known as the first ‘Red Scare’—an increasingly widespread fear of radicalism—which would reach its peak in 1919-20. The 1917 Russian Revolution and the increase in labor activity in the U. S. convinced many that communist revolution was an imminent threat.

Radical publishers such as Charles Kerr & Company now found it much more difficult to distribute their books and pamphlets, especially as the U. S. Post Office gained authority to withhold delivery of any material it deemed seditious. The Masses, the most prominent socialist magazine at the time, was forced out of print by the new Act, when its editors were prosecuted under the Act. 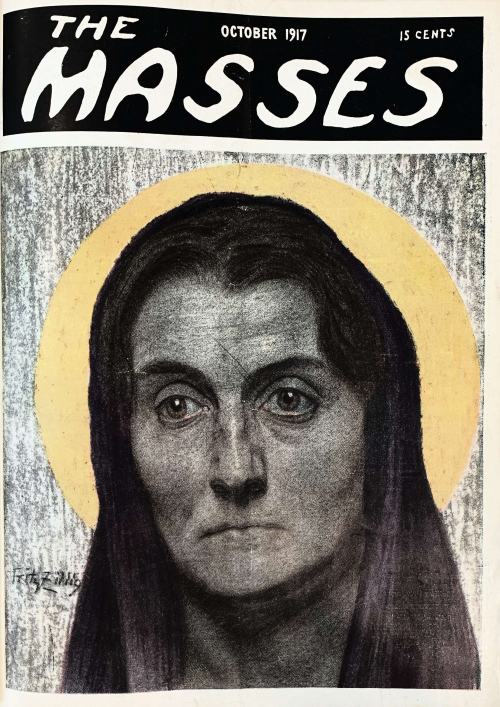 The Masses Vol. 9, No. 12 (October 1917) The penultimate issue of the magazine before its demise. [BL General Reference Collection LOU.A93].

Over 1,500 radicals and conscious objectors were jailed or deported for writing and distributing material that was critical of the government or the war. Members of the labour union, Industrial Workers of the World (I.W.W.), were particularly hard hit.

Even after the war had ended, literature continued to be closely monitored. Many years later, pamphlets that had been used as evidence in Espionage Act trials could creep back up on those who wrote—or even read—them. Elizabeth Gurley Flynn, a Communist, recalled in her memoirs how a pamphlet she wrote in 1917 was ‘dug up’ over 40 years later:

“It has bobbed up like a bad penny from time to time, even in the Subversive Activities Control Board hearing in July 1952, when I was a defense witness for the Communist Party. …  Any stick serves in a witch hunt, even a tattered and torn pamphlet, long since out of print, dug up by some sleuth in a secondhand bookstore, nearly 40 years after its publication. … A few years ago when Michael Quill, the head of the Transport Workers Union in New York City, threatened the company with a strict enforcement of the Book of Rules, he was accused of having read this obscure pamphlet of mine, of which he had undoubtedly never heard.” 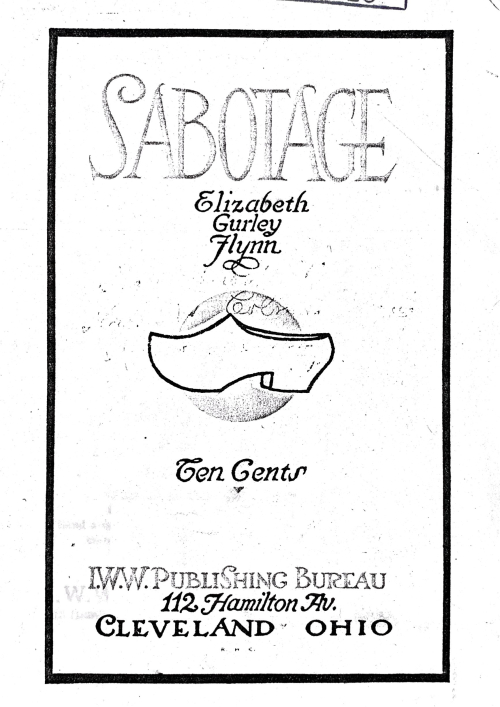 Nevertheless, groups like the National Civil Liberties Bureau (NCLB) were active in fighting against these laws and helping to defend those prosecuted. But the work of the NCLB was hindered by the legislation. Just like those whom the group was trying to defend, the distribution of the NCLB’s publications was impeded by the Post Office department. As such, the organisation struggled to raise money and publicise its case. The NCBL went on to become the American Civil Liberties Union in 1920. 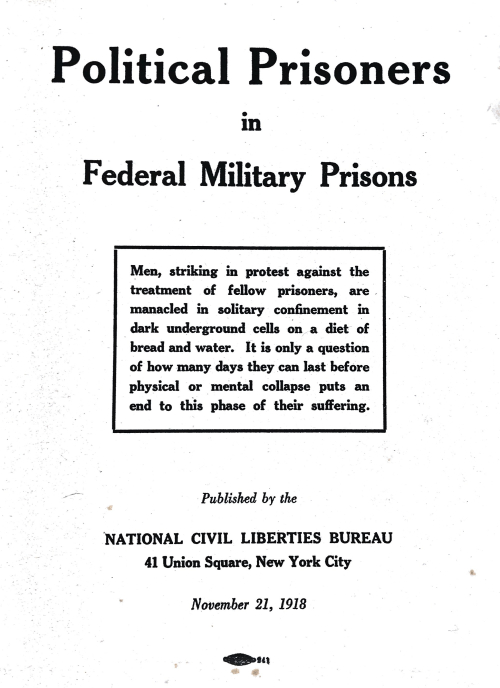 The Espionage Act of 1917 is, in fact, still intact, and used to this very day. But it has faced many legal challenges throughout its 100 years of existence on the basis of Freedom of Speech and its adherence to the U.S. Constitution. It was, and remains, just one example of the long and complicated history of the United States relationship with radicalism and free speech.