50 years ago, in 1969, B. S. Johnson published a novel about a sports writer assailed by memories of a deceased friend as he attempts to report on a football match. The Unfortunates was Johnson’s fourth novel and was not as well received as his previous work, getting a ‘fine clobbering’ in the press, according to Hugh Hebert’s sympathetic appraisal in the Guardian (13 March 1969). The novel comes in a box with 27 removable chapters of which only the first and last are marked – the reader must choose which in which order to read the 25 chapters in-between – and much of the criticism apparently centred on the novel’s formal experimentalism. Perhaps taking this criticism to heart, at some point, the first edition held by the Library had each chapter numbered in pencil by a librarian seeking to shelter readers from the novel’s aleatoric possibilities. 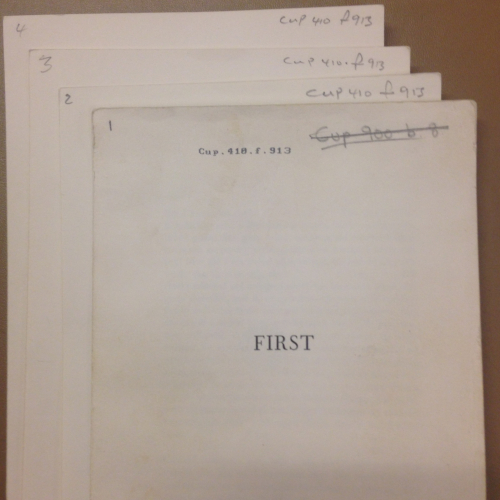 Reprinted in 1999 with an introduction by Johnson’s biographer Jonathan Coe, the work found a more favourable audience. William Leith wrote: “In its way, this is brilliant - it is the best evocation of small- time misery I have ever read.” (The Daily Telegraph, 23 October 1999). Thanks to the efforts of supporters such as Coe, Johnson has since gone from being a largely forgotten (and out-of-print) author to occupying a central place in the history of British experimental (a term he regarded as ‘the dirtiest of words’) fiction, with The Unfortunates now regarded as a seminal achievement. In 2008, the British Library acquired a large archive of B. S. Johnson’s papers.

Although welcome, Johnson’s re-evaluation has been so comprehensive that his legacy now obscures somewhat the writers with whom he was once associated. Figures such as Christine Brooke-Rose, Alan Burns, Jeff Nutall, Stefan Themerson and Reyner Heppenstall are perhaps still amongst the better known experimental writers of the time, but during the late-1960s up until the mid-1970s a much wider range of authors than is commonly cited were producing novels which were experimental in different ways. *

Of course the definition of ‘experimental’ is of very much up-for-grabs, and many of the writers included here had a difficult relationship with the term. However, all of these works in some way foreground innovative techniques, both in terms of their form or narrative, and often both. Several of the authors mentioned contributed to the ‘group novel’ London Consequences [RF.2012.a.147] (which Johnson co-edited with Margaret Drabble). The fact that they were able to call on 18 contributors is further evidence that there was a keen interest in experimental writing in Britain during the period. Indeed, Drabble herself published arguably her most innovative work The Waterfall [Cup.410.g.596] in 1969. 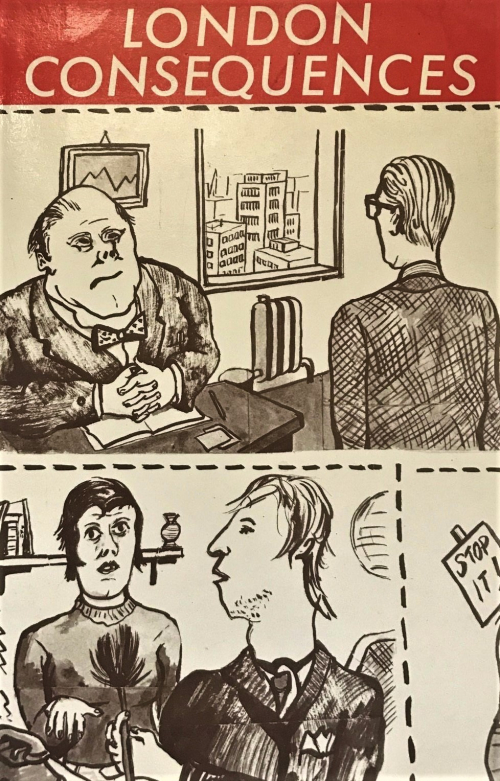 Eva Figes contributed to London Consequences and is perhaps one of the authors (along with Drabble) who is most familiar to readers today. The BL acquired an archive of drafts and working papers relating to Figes’s fourteen novels in 2009. In the same year as The Unfortunates, Figes published Konek Landing [Nov.14015] a work which, like Johnson’s, utilises intertextuality and temporal confusion to represent the trauma of memory – like Figes herself, the protagonist Stefan Konek is a holocaust survivor.

Another notable contributor to the group novel was Wilson Harris. In his writing during this period – and particularly the 1970 novel Ascent to Omai [Nov.14851] – Harris continually works to destabilise novelistic convention in order to subvert what he the “novel of persuasion” – that is a form of literature which makes use of common sense and “fashionable judgements” to both reflect and maintain a particular fixed perspective on the world. In Ascent to Omai, Harris employs unexpected combinations of words and ideas in order to allow for binary judgements to be dissolved and new associations to occur.

The malleability of time and space in Harris’s work brings to mind the genre of science fiction, or slipstream. Indeed, during this period, Brian Aldiss (Barefoot in the head, 1969 [Nov.14184]) Angela Carter (Heroes and villains, 1969 [Nov.14699]) and Anna Kavan published works which consciously utilised innovative literary techniques within a science fiction framework. The setting for Kavan’s Ice [Nov.10580] is an apocalyptic world encroached upon by a monolithic ice-shelf. It is an intensely experimental work which seeks to question the inevitability of patriarchal violence through repeated shifts in narrative perspective, leaving the reader to question the ‘reality’ of what is being described to us.

Published two years later, Passages (1969) [Nov.13283.] shares a number of similarities with Ice. Ann Quin’s third novel takes place in an unspecified country, apparently under the control of a violent military government, where the novel’s nameless protagonists (a man and a woman) seem to be searching for the woman’s missing brother. Quin’s writing is stark and elliptical and, like Kavan, the narrative often shifts perspective mid-paragraph – an experimental technique which conveys an intimate sense of disorientation and upheaval.

A similar sense of puzzlement pervades In Transit (1969) [Nov.14383], which finds the unreliable narrator trapped in an airport and in a state of uncertainty about their gender. Brigid Brophy employs a dense interior narrative, full of puns and language games (in several different languages) and formal experimentation – including multiple-choice sentences and pages divided into columns. The novel is an acerbic examination of the structures of both personal and political identity, where linguistic trickery works to disturb a number of assumptions and certainties on which these structures are founded. 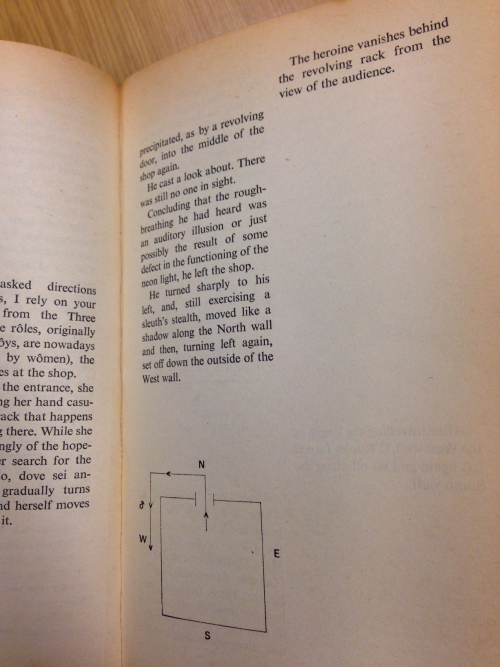 Excerpts from In Transit (1969) by Bridgid Brophy, illustrating her textually experimental critique of conventional novelistc forms.

Beryl Gilroy’s Black Teacher (1976) [X.529/31034] is often considered a work of autobiographical writing. However, Sandra Courtman’s Discovering literature article argued that the work is “an experiment with an intermediary form – somewhere between fiction and autobiography, with a distinct non-linear structure.” Indeed, the narrator voice of the text moves between first and third-person at different moments, perhaps reflective of the way in which Gilroy’s own identity was formed and re-formed in the midst of the challenging circumstances she faced.

All of this is not to say that The Unfortunates does not deserve to be seen as a landmark of experimental writing in Britain, rather it is the case that Johnson was writing within a context in which experimental / innovative techniques were being more widely employed than ever before.