By Laura Walker, Lead Curator of Modern Archives and Manuscripts 1851-1950. The Sir John Ritblat Treasures Gallery is a free exhibition space at the British Library, which will feature a one case display on George Eliot until 26th January 2020. 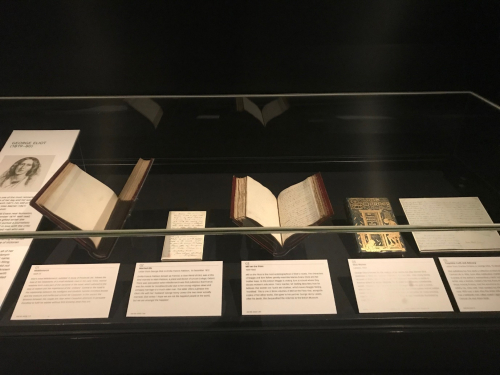 Eliot was born near Nuneaton, Warwickshire and her contrasting experiences of rural and urban life during her childhood in the Midlands inspired many of her novels. Following a good education and the freedom to pursue her own scholarly interests, Eliot grew up well read, intellectually curious and a was gifted writer. She moved to London in 1851 to pursue a journalistic career, where she met and fell in love with the critic George Henry Lewes –  a married man who was estranged from his wife. From 1853 Eliot lived with Lewes openly and started referring to herself as Marian Evans Lewes, in defiance of Victorian notions of propriety.

She began writing fiction in 1856, publishing all of her novels under the pseudonym George Eliot. She took her partner’s first name, George, and chose Eliot as 'a good mouth-filling, easily pronounced word'. Female authors did not need to write under a pseudonym, but Eliot wanted the freedom to write outside the romance genre. She was also a known radical living in an anomalous social position with a married man, Mary Evans Lewes as such, was compelled to protect her identity. 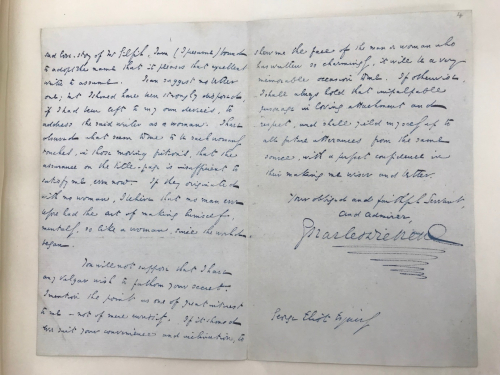 Following the publication of Eliot’s collection of short stories entitled Scenes of a Clerical Life in 1858, there was much speculation over who the author could be. Soon after publication Charles Dickens wrote to Eliot partly in praise of the author’s ‘extraordinary merit’ but also to propose that the writer was a woman. Dickens felt that there were ‘such womanly touches, in those moving fictions, that the assurance on the title-page is insufficient to satisfy me, even now’. Eliot revealed her identity as Marian Evans Lewes in June 1859 over a year after this letter was written, after persistent rumours that a Midlands man called Joseph Liggins was the author of Scenes of a Clerical Life and her first novel Adam Bede (1859).

Mill on the Floss was the second and the most autobiographical of Eliot’s novels. The characters of Maggie and Tom Tulliver greatly resemble Marian Evans (Eliot) and her brother Isaac. In the extract on display Maggie is visiting Tom at school where they discuss women's' education. Tom’s teacher, Mr Stelling, describes how he believes that women are ‘quick and shallow’, which leaves Maggie feeling ‘mortified’. 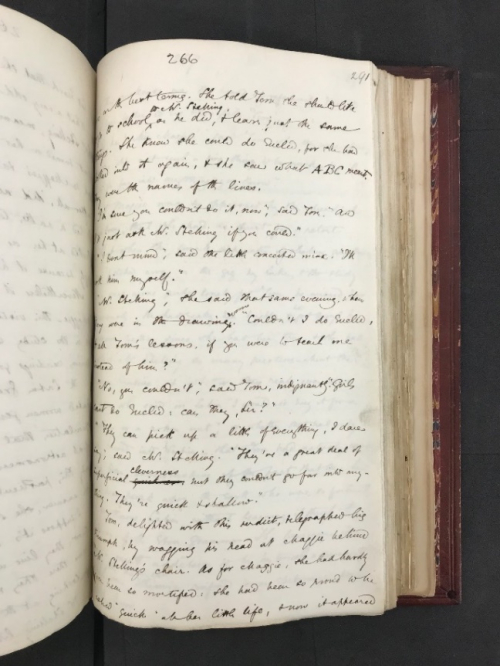 Within the British Library’s collections are over 200 letters written to, by or about George Eliot and her partner George Henry Lewes. One correspondent of Eliot’s was Emilia Francis Strong (known as Francis), a writer, advocate of women’s rights and a close friend. Francis married Mark Pattison, a priest and Rector of Lincoln College, Oxford in 1861. There was speculation when Middlemarch was first published, that Francis was the model for Dorothea Brooke due to her strong religious views and unhappy marriage to a much older man. 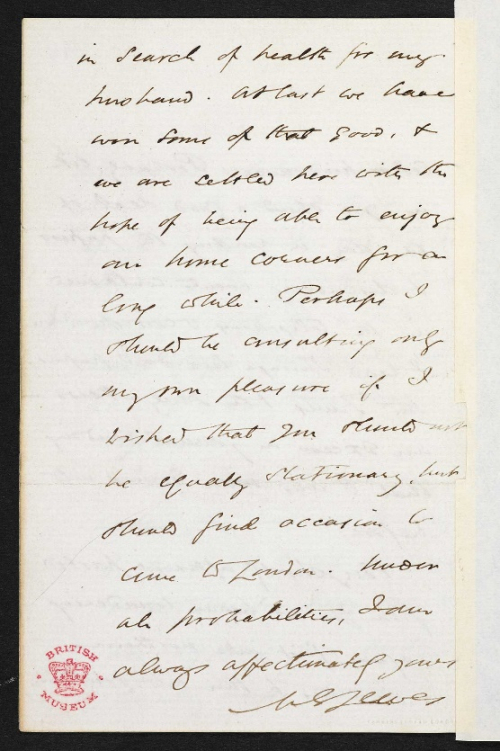 One volume of Middlemarch is currently on display at the Library alongside a letter from Eliot to Emilia Francis Pattison from 16 December 1872. This letter offers a glimpse into Eliot’s life with her ‘husband’ George Henry Lewes.

‘But it is a holiday to sit with one’s feet at the fire reading one’s husband’s writing- at least when, like mine, he allows me to differ from him’.

Eliot goes on to write that ‘I hope we are not the happiest people in the world, but we are amongst the happiest’. Eliot led an extraordinary life, full of difficult decisions and challenges, but she also found happiness and love. She took a strong interest in the world around her, which inspired the strong sense of  the ‘ordinary’ and the attendant realism of her novels. The letters and manuscripts on display give a sense of the interrelationship between her life and her work. Eliot is one of the rare authors to achieve both critical and commercial success during her lifetime. She is undoubtedly one of the greatest novelists of the Victorian age and beyond.

Posted by Eleanor Dickens at 12:30 PM