by Eleanor Dickens, Curator of Contemporary Archives and Manuscripts, Politics and Public Life. The Beryl Foster Archive( Add MS 89305) now available to consult, for free, in our Reading Rooms.

During the late 1960s, London was home to many revolutionary groups and radical collectives that were part of the greater wave of student and worker action that spread across Europe that decade. In West London, community activists sought to fight local issues -- such as poor housing conditions and lack of play space for children -- by forming groups such as the Notting Hill Community Workshop and the Notting Hill People’s Association.  In this environment, there was a need to spread information and updates quickly and cheaply, to promote the local community activities and share the successes and the campaigns.

To meet this need student nurses Beryl Foster and Linda Gane co-founded Notting Hill Press LTD in 1968. It was the beginning of almost three decades of radical printing in North Kensington and, although the press would change hands and identities over the next decades, its output would remain a consistent and important resource for the neighborhood until the late 1980’s.

Foster and Gane had initially wanted to produce a newspaper for local community groups to share updates but all the groups they had contact with had wanted to print their own material. So the idea of the Notting Hill Press LTD was born. The Press was designed to meet the needs of the local radical community by allowing them to design and print their own material using in-house equipment. Foster recounts: “In the 1960’s printing was a powerful medium. Organisations, groups and movements all sought to get their message across to others and to put their information in print. […] Controlling the means of production had a particular appeal to anyone wanting to make a revolution and the offset lithographic process could make these means more affordable and flexible. It could deliver long runs, colour printing, flexible graphics and even photographs.” (Foster:2017)

Through their friends, Myrtle Solomon, general secretary of the Peace Pledge Union, and the pacifist and suffragist Sybil Morrison, Foster and Gane procured a printing machine - a Rotaprint 30/90 - from a mutual friend. Another friend emptied out an old laundry room as a home for the machine and the first premises for Notting Hill Press was established. Given the precariousness of Foster and Gane’s living situation and that of the radical communities which they served, Notting Hill Press organised a careful legal arrangement that protected the expensive printing equipment. They ‘sold’ their machinery, for a peppercorn, to two neighbourhood centres and the Community Workshop, who then leased them back to them, again for a peppercorn. 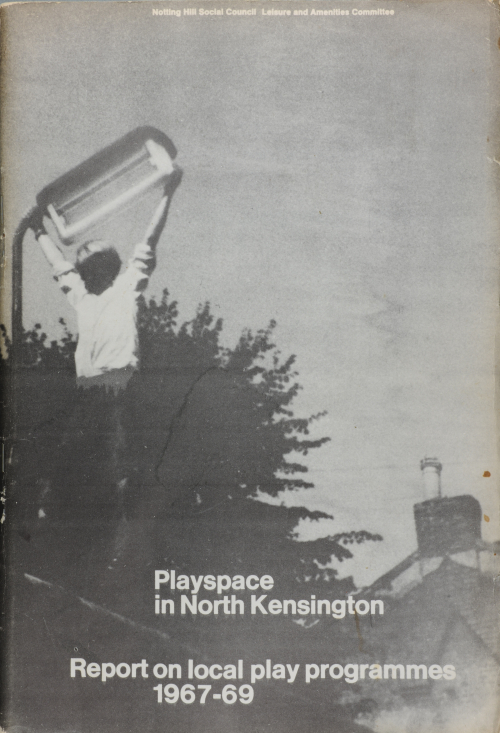 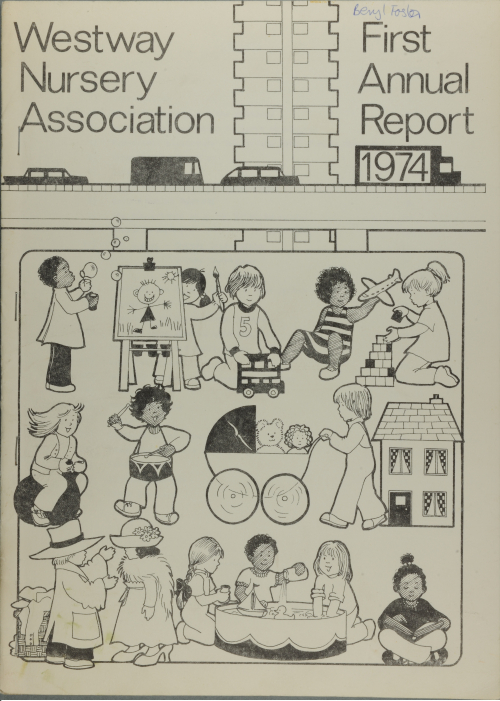 In 1969 the press moved to premises at on Ladbroke Road, beneath an opticians. This new premises required rent so Foster and Gane, who had both had children by 1970, were beginning to struggle to put in the long hours the press required. In 1971 they trained up and handed over the press to two students, Vicky Hutchin and Carola Ker. Just as they had anticipated with the earlier financial arrangements Notting Hill Press LTD could be declared bankrupt with the machines remaining safe in the hands of local community groups.

This was the end of Notting Hill Press LTD in name but not the end of community printing in this area. In fact, the people, ideas and even machines through which it emerged continued to flourish. The press formed itself into a new company, Crest Press Ltd., which functioned in much the same manner as Notting Hill Press; printing for local community organisations and on local issues such as housing, nurseries and play spaces for children. As before, all the staff were volunteers who drew no real wage and no commercial work was taken.

Senta Kandler joined Crest Press in around 1973 and in 1975 she and Mike Braybrook took over the press and moved it to the Community Action Centre (CAC) on Kensington Park Road. CAC as an organisation was formed the same year to secure rights to the Talbot Tabernacle, known as ‘The Tab’ and used as a community center. Another new iteration of the press was born, this time known as Printshop W11. 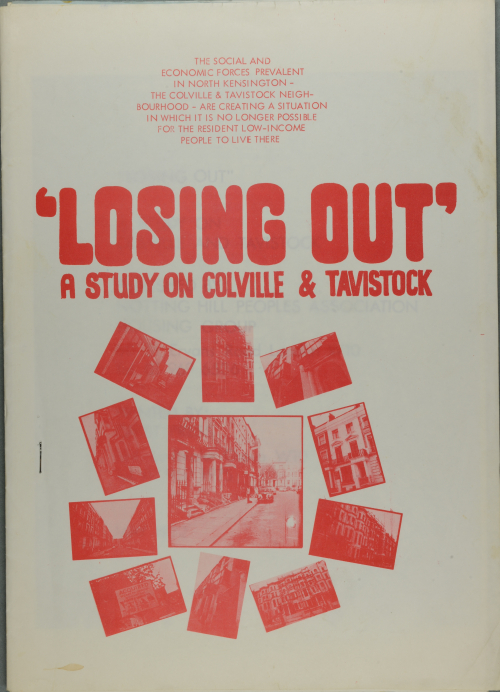 'Losing Out': A study on Colville and Tavistock, printed by Crest Press. Copyright – With kind permission of the Mike Braybrook Archive Group 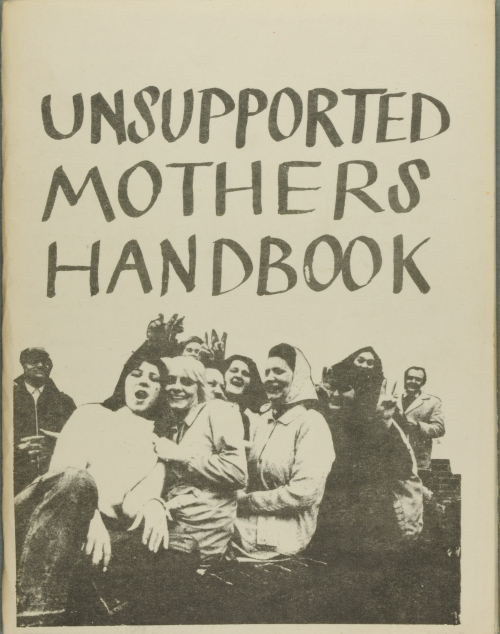 The Un-Supported Mothers Handbook by members of the Claimants’ Union, printed by [Crest Press]. Copyright – With kind permission of the Mike Braybrook Archive Group

In 1978, moved on again by the council, Printshop W11 moved to ‘The Point’ on Tavistock Road. By this point those that ran the press were still working for free but they were breaking even and had developed an impressive list of local customers. Before it ended, the press was to go through one final move, forming in 1982 into ‘Words Illustrated’ run by Braybrook, Conor Lynch and George Robertson. Words Illustrated ran in this format for much of the eighties before finally folding in 1988. As his next move Mike Braybrook started A-Priori Press and though this was more commercial in the sense that people earned a wage (and so commercial work was undertaken) it remained the go-to for local community printing until it was finally bought in the 1990s by Portobello Press.

Through all these changes – and the many wider political and national changes over these decades - the press and the essential community activism around it remained the constant. There had been differences: Notting Hill Press wanted to be embedded in the broad left community coalition which was active in North Kensington at the time, they wanted to serve that movement; Crest Press worked as a collective of political activists who were involved in local and national movements; later incarnations, Printshop West 11 and Words Illustrated, functioned more as worker collectives serving community groups and supporting movements for social and political change. Through it all, one thing remained the same – the Rotaprint 30/60 which was used until this final iteration in 1988. As Forster re-calls, “from 1968 to 1990’s the names of the printers and of the press change, but the machines carried on”. Beryl Foster (2017).