Domesticity after the Housekeepers

By Jessica Gregory, Curatorial Support Officer of Modern Manuscripts. The Grace Higgens Papers are found at Add MS 83198 – Add MS 83258. For more information on her life see The Charlton Trust.  A biography of Higgens, The Angel of Charleston: Grace Higgens, Housekeeper to the Bloomsbury Group was published by British Library Press in 2013.

As the reality of working from home begins to set in — and a new, intensely domestic form of life begins to take shape — I’ve been thinking about how the Library’s literary collections can sometimes gloss over the day-to-day realities of life in favour more abstract or aesthetic concerns. In thinking through this, I was drawn again to Grace Higgens (1903-1983). Higgens spent most of her working life in the household of artists Vanessa Bell and Duncan Grant (of Bloomsbury Group fame), where she was employed as a domestic servant from the age of seventeen until her retirement at age seventy. In 2007 the British Library acquired Higgens’ archive, consisting of her diaries, letters and photographs. Her papers shed light on a life dedicated to professional housekeeping in a time when the management of the domestic sphere was changing rapidly and remind us — especially now, if we needed to be reminded — that the cultural life of a society has always depended upon the (often unsung) labour of certain key-workers. 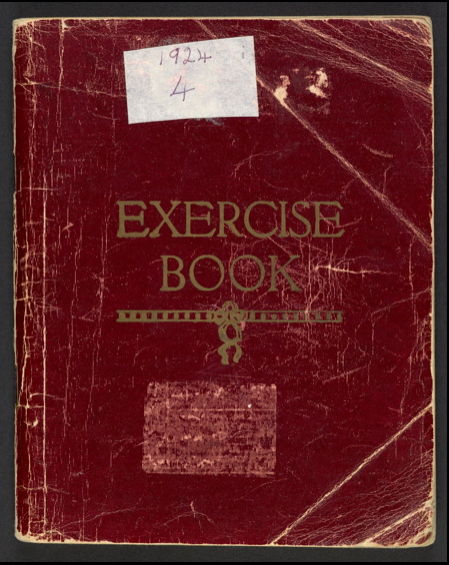 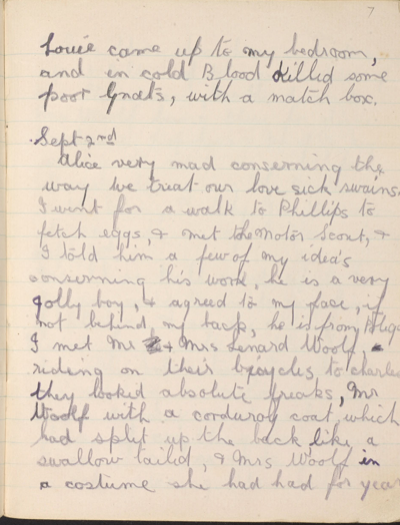 As well as providing a a humourous insight into Higgens’ daily life and her opinions of the bohemian crowd that gathered around the house — including descriptions of Virginia and Leonard Woolf — her archives also show us what life dominated by domestic work looked like in the first half of the twentieth-century. When Higgens first entered employment, domestic service was one of the few careers open to her; and the knowledge that her life would be somewhat delimited by the house and garden came as no surprise to her. That so many of us are now struggling with the tighter borders around our own lives in part illustrates the profound changes that have taken place over the twentieth century, which have given many of us the privilege to choose how much we stay at home. 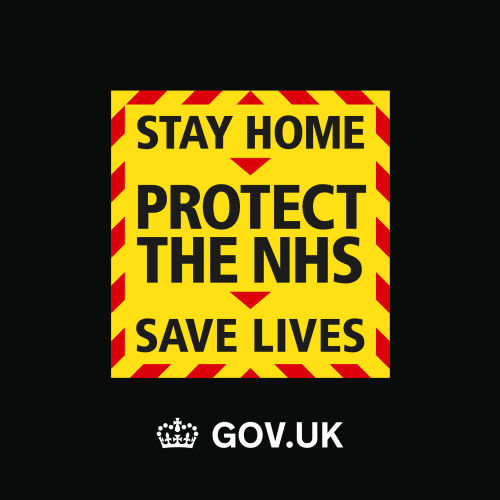 The problem of keeping on top of the housework is only novel to those lucky enough to have not dealt with its pressures previously. The double burden of bread-winning and doing the housework has always been a reality to many working-class women. But for those who could afford to outsource  housework, this was one way in which they could assume more control over their lives; to build the foundations for walls which could support the erection of a ‘room of one’s own’.

Through the ages, the upper-classes have employed servants to cook, clean, garden and child-rear, but it was with the new money of the Victorian middle-classes that many families could also employ domestic servants. The pre-modern kitchens of this era meant that supplying heat, food and clean clothes to a family was a full-time job for at least one, if not more, servants. The Victorian era emphasised ‘house-proudness’ as an aspiration for women and publications directed at women from the time explained ways to achieve this. Most famously Mrs Beeton’s Book of Household Management, aimed to inform young wives of all the essentials needed to keep a husband happy and ensure that he would not stray. However, even Mrs. Beeton did not expect a wife to do all the work in the house, even going so far as to give advice on how much to pay domestic servants. 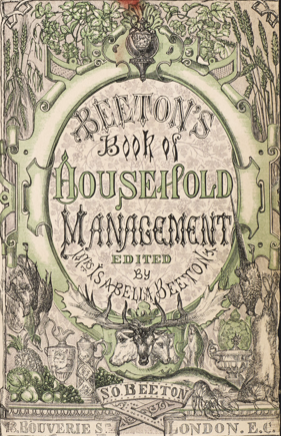 The title page of Mrs Beeton’s, Book of Household Management, 1861

By 1901, in the new Edwardian era there were upwards of 1.5 million domestic servants employed in households in Britain. This was the largest employment sector for women in Britain. Domestic service would dominate employment opportunities for women until the First World War. With work needed to be done on the home front, and more opportunities in the growing retail and clerical economy, more women left domestic service. This exodus was exacerbated through the Second World War as employment opportunities proliferated and the modernisation of the household kitchen meant much more labour-saving opportunities. Increasingly, the domestic servant was replaced with the housewife. By 1950, a third of women were in paid employment, but despite the advances of the era – the new NHS, smaller family sizes and an increased availability of part-time work - most women’s daily lives were still centred on the domestic sphere.

By the time Grace Higgens bought her own home and retired in 1970, the role of the housekeeper as she knew it had changed beyond recognition. Grace Higgen’s daily life had been dominated by household chores, but so too were the lives of many married women at the time; only they were not paid. This would become a major concern for the Women’s Liberation Movement which emerged in the nineteen seventies. As more women swapped the home for work, the domestic landscape changed once again. In households where both adults worked, domestic work came second to paid work and women increasingly contested assumption that the ‘extra’ work in the house automatically fell to them. With the eighties boom more families decided to outsource this work, much like their Victorian predecessors had. The domestic worker returned in a different guise, in that of the casual-contract cleaner, the au pair, nanny, cook, gardener and even the dog-walker.

Now, as we close our front door and return to the domestic sphere once again, many people are figuring out their relative positions for a life lived entirely in the home — if only for a short while. The full-time housekeeper like Grace Higgens may be — for the most part, at least — a relic of the past, but domestic work persists, and its division remains as always unequally distributed along lines of gender and class. Dynamics shift and change as we all adapt to the lock-down landscape. Preconceived roles of men and women in the home may be looser today than in Higgens’ day, but there is only one way to prove the hypothesis that nowadays we divide domestic work more fairly: roll up your sleeves, muck in and spread the load.

Posted by Callum McKean at 3:00 PM