Tour of the Literary Modern Archive and Manuscript Digital Collections

Just because the Library has closed its doors doesn’t mean that our manuscript collections are out of reach. The push towards digitisation for these unique and often fragile collection items is guided by a need to preserve them for posterity, but now more than ever, in these unprecedented times, it’s great to be able to share them with our users, near and far.

Manuscript numbers and digitised manuscripts can also be found using our catalogue, Explore Archives and Manuscripts. If a manuscript has been digitised a digital version link will appear in the catalogue entry under the ‘I Want This’ tab. Unlike Discovering Literature, which interprets collection material and builds out context (and is a fantastic resource which will feature in an upcoming English & Drama Blog) Digitised Manuscripts is more like a digital Reading Room experience, reproducing the (often large) collection items in full, for your own discovery, interpretation and research. Both sites work in tandem, and if there’s material you’re interested in it’s always worth looking in both places.

In this blog I’ve included a guide to most of the literary manuscripts that can be found on Digitised Manuscripts, divided chronologically and in some cases by area or author. But first, I want to pick two of my personal highlights.

The Library holds the only surviving letters of Ignatius Sancho (Add MS 89077), one of the most famous Anglo-Africans in 18th-century Britain. According to Joseph Jekyll’s 1782 biography, Sancho was born on a transatlantic slave ship and brought to England as a child. Through a long and complex relationship with the noble Montagu family, Sancho was able to assert a level of intellectual and financial independence which made him into an icon for abolitionists in Britain. Sancho was a man of many talents: a shopkeeper, a composer and an accomplished writer. His Letters of the Late Ignatius Sancho, an African, edited and published two years after his death, is one of the earliest accounts of African slavery written in English by a former slave. 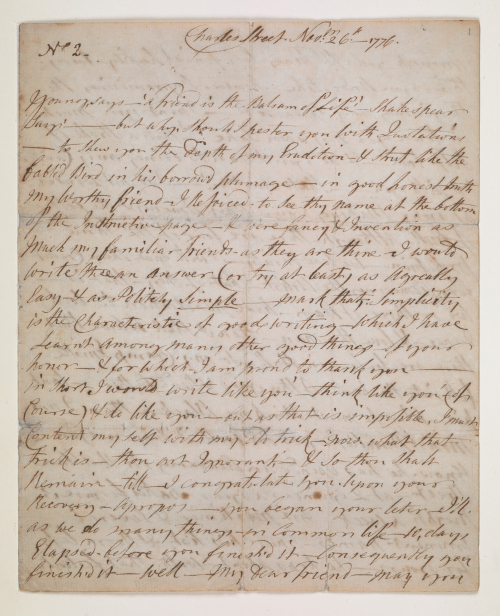 In 1758 Sancho married Anne Osborne, a West Indian woman with whom he had seven children. Apart from the letters by Ignatius Sancho, the collection contains letters from his son William Leach Osborne Sancho (or Billy, 1775‒1810) and his daughter Elizabeth Sancho (1766‒1837). The letters are written to Ignatius Sancho’s friend William Stevenson (1750‒1821), a publisher and painter who trained under Sir Joshua Reynolds and to William’s father, the Reverend Seth Ellis Stevenson (d. 1796). The letters have all been digitised and are available to view on Digitised Manuscripts. More information on Sancho and the contents of the letters can be found on Discovering Literature.

Another personal favourite are three notebooks by Virginia Woolf, containing the working draft for one of her most famous novels, Mrs Dalloway, under the working-title The Hours, dated from 27th June 1923. This handwritten draft was chosen by Vita Sackville West as the manuscript that she would like to keep as a lasting memory of Woolf. It was presented to the Library by a member of her family. When the notebooks were bound by the British Museum, the original cloth and paper covers were kept and can be seen in these images. 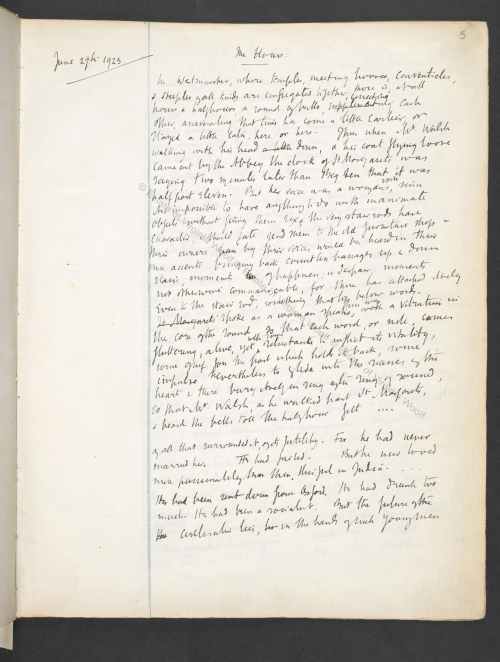 Notebooks of Virginia Woolf for her novel Mrs Dalloway, 1925 (Add MS 51044) and for essays published in The Common Reader, 1925. © The Society of Authors as the Literary Representative of the Estate of Virginia Woolf. You may not use the material for commercial purposes. Please credit the copyright holder when reusing this work.

The British Library holds a wealth of original manuscripts from the Restoration and 18th century period. Unfortunately, very few manuscripts currently appear on Digitised Manuscripts. A greater selection can be found on the Library’s Discovering Literature site.

The majority of our literary treasures have been digitised for their long-term preservation and for use as surrogates. For restricted manuscripts, including the ones below by William Blake, Charlotte Bronte and Lewis Carroll that have been digitised, all readers will be asked to initially consult these images before accessing the original manuscript(s). We are looking to upload images of further literary manuscripts in the near future.

The Romantics and Victorians pages of the Discovering Literature site can be found here.

As part of a cultural exchange project working with Chinese institutions the British Library created a number of exhibitions, online learning resources, knowledge exchanges and events based on the Library’s literary treasures. This included the digitisation of a number of Oscar Wilde manuscripts that are now available on Digitised Manuscripts. The Library holds two main collections of Wilde material, the first Add MS 37942-37948 was presented by Robert Ross in 1909 and the second Add MS 81619-81884, the collection of Mary, Viscountess Eccles presented in 2004.

A Chinese language version of Discovering Literature was created as part of the project.

In commemoration of the centenary of the First World War, the British Library partnered with Europeana to digitise and provide free access to as many collection items as possible created during the time of the war or relating to it. This included a wealth of literary material such as Wilfred Owen’s handwritten haunting poems often annotated by Siegfried Sassoon.

Interpretation of some of the above collection items and articles based on key themes relating to the War can be found on the British Library’s World War One website. The Europeana 1914-1918 website hosts content from a variety of European institutions and private collections.

Parts of the Library’s literary collections have also been digitised by external companies. These are mostly subscription services and access is usually provided via the computers in the Reading Rooms. However, whilst the Library is closed it may be worth checking whether your local or University Library may provide remote access.

Other products containing British Library or other related literary collections include: